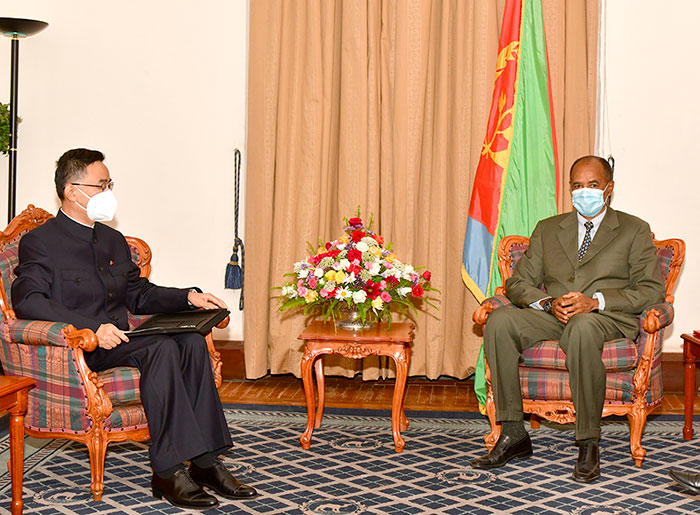 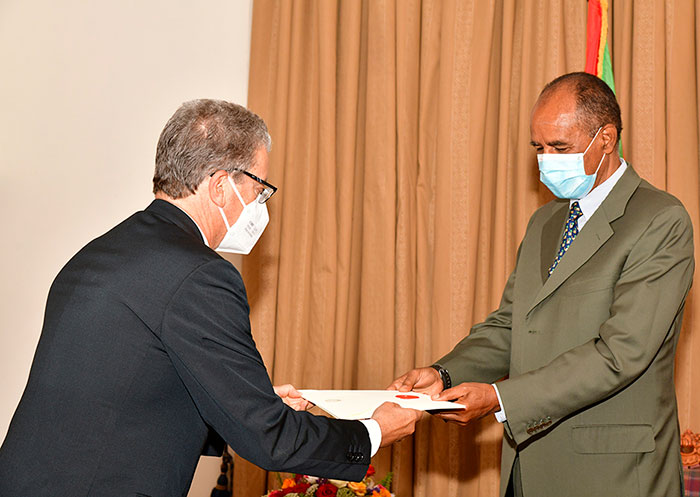 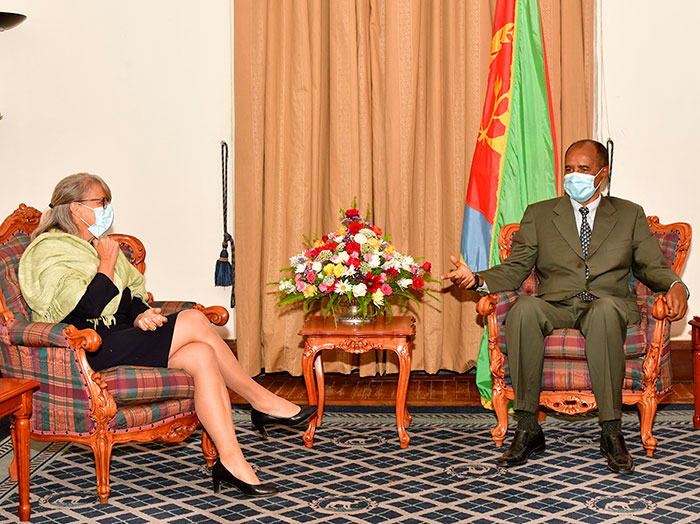 On the occasion, the Ambassadors expressed readiness to work for strengthening bilateral relations and mutual cooperation with Eritrea.

Indicating that Eritrea and China have deep historical friendship and cooperation, Mr. Cai Ge of the People’s Republic of China said the discussion he conducted with President Isaias will further strengthen the existing strong relations between the two countries. 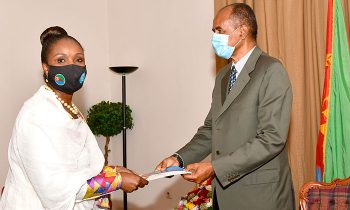 Ms. Amakobe Sande on her part said that she feels proud to work in Eritrea representing the General Secretary of the United Nations and expressed readiness to work as a true partner of the development vision of Eritrea.