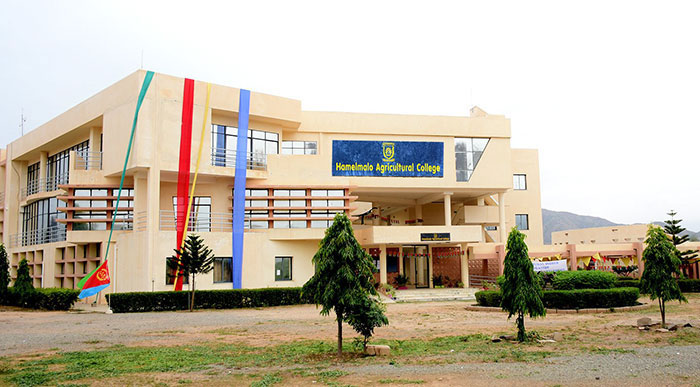 Hamelmalo Agricultural College (HAC) graduated 807 students on 15th July at its 14th graduation ceremony held on campus. The ceremony, which had to be kept simple due to the Covid-19 pandemic, was attended by few representative students and instructors by following Covid-19 guidelines.

The college has been producing agronomists in a variety of specializations, promoting research to help maximize production and giving farmers consultancy service, including introducing them to technology.

Since its establishment in 2005, the college has graduated 5472 students in nine degree and six diploma programs. The graduates of the college are assigned to work at major development sectors of the country, such as the Ministry of Agriculture and Ministry of Land, Water and Environment.

Food security and environmental degradation are two of the most worrying global concerns. For this reason investment in research in agriculture is considered crucial to the world as a whole. That is why the Eritrean government has been working along with the HAC to develop the college and encourage research to help address the challenges associated with food security and environmental safety.

HAC has a farm where every department at the college conducts research. In addition to their studies on-campus, students visit relevant ministries to deepen their knowledge by interacting with experts in a variety of fields of agriculture.

As part of its plan to develop the college, HAC has upgraded the degree program in Veterinary Science, a four-year program, to a six-year Veterinary Doctorate Medicine (VDM) and introduced a degree program in Nutritional Science and Technology which will start in the first semester of the academic year 2021-2022. 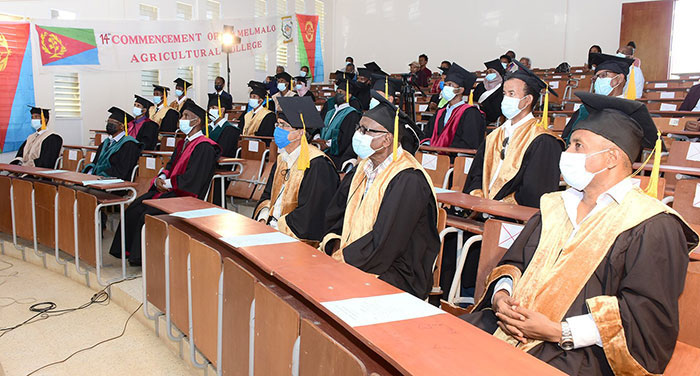 The laboratory at HAC serves as a center for the development of agricultural practices and applications. A variety of crops have been crossbred at the laboratory to find seeds that are suitable for the different types of soil and weather of the country and have the potential to give high yields. For instance, a selected potato seed developed by the college has shown good results in many parts of the Southern region, such as Adi Kuala, and is now one of the most preferred varieties.

In his opening speech at the graduation ceremony, Professor Weldeamlak Araya, dean of the college, outlined the efforts the college has been making to build its capacity in human resources, academic programs and infrastructure. He said after the establishment of the college, two buildings were constructed and added that 15 instructors, who were selected in 2020 to be sent overseas for post-graduate studies but had to stay at home due to the Covid-19 pandemic, are scheduled to leave this year. Upon completion of their studies, these instructors are expected to boost the college’s capacity in teaching and research.

One of the unique features of HAC is the staggering number of females studying agriculture, a field traditionally considered a male’s domain. As in the past, the number of female graduates this year has exceeded that of males. Out of the 807 graduates, who studied in 9 degree and 6 diploma programs this year, 54% are females. 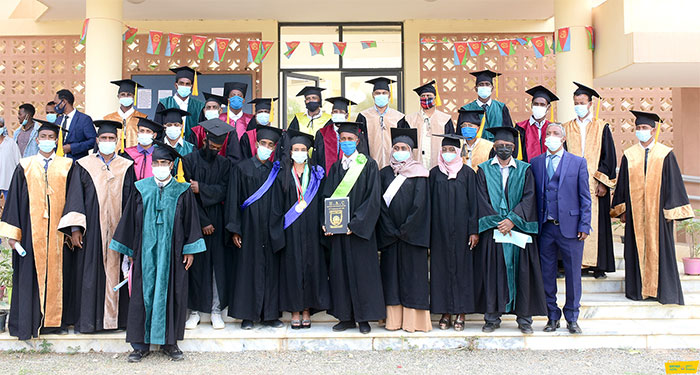 The females have also excelled academically. Saron Ghirmay has been awarded two medals for her academic excellence — one for her outstanding performance in her department and another for scoring the highest grade among the graduates of this academic year. In her brief interview with Eritrea profile, Saraon, who has obtained a bachelor’s degree in agricultural economy, said that it is the experience that she has gained in her four –year stay at the college that is more important than her scoring a high grade. She attributes her success to her parents’ encouragement, her reading habit and the instructions of the lecturers.

In a country where the majority of the people earn their living by farming, it is no wonder that one of the main goals of Eritrean government is to maximize agricultural production by modernizing agriculture through the use of technology, and HAC is one of the platforms used to achieve the goal. At the commencement, the graduates and their instructors pledged to help realize the goal and serve their people.