Eritrea Towards Control and Eradication of PPR 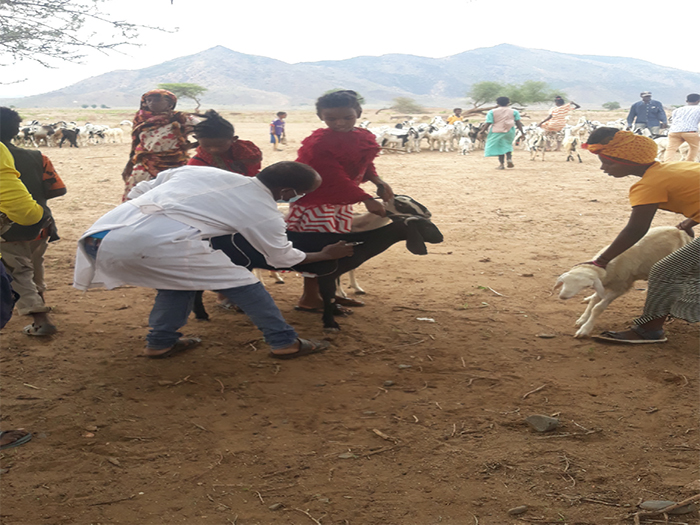 The Government of Eritrea has been engaged in various programs of controlling and eradicating animal diseases. The ultimate goal of these programs is to enhance the production of healthy animals and their products for domestic market as well as to penetrate in to the lucrative regional and international livestock markets. Vaccinations, quarantine and treatment of animals are the common methods used to circumvent livestock disease outbreaks.

According to Dr. Yonas Weldu, Chief Veterinary Officer (CVO) of the country and Director of Animal and Plant Health Division at the Ministry of Agriculture (MoA), the Government of Eritrea in collaboration with its development partners has supported vaccinations and control of a number of animal diseases; including Rinderpest, Foot-and-Mouth disease (FMD) and Lumpy Skin Disease (LSD) mainly in cattle, Peste des Petitis Ruminants (PPR) and; Sheep and Goat Pox (S&GP) in goats and sheep, Rabies in dogs, Newcastle Disease (NCD) in chicken. 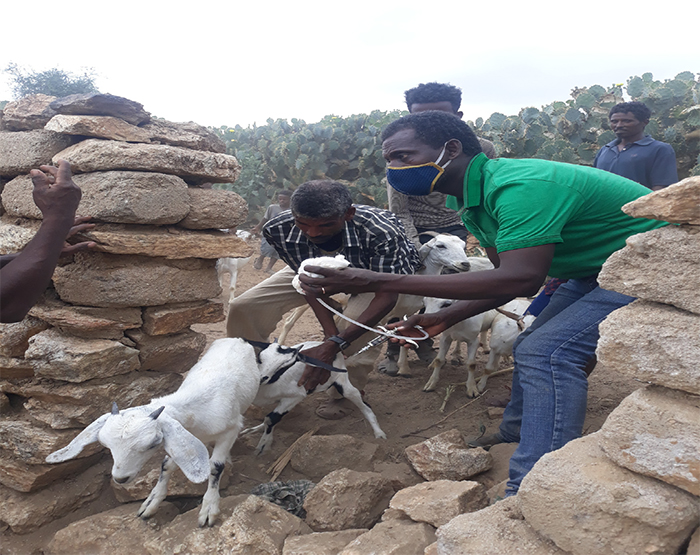 It is to be noted that Eritrea eradicated Rinderpest in the first decade of its independence through a mass vaccination campaign. Then, it was a very big achievement for Eritrea with regard to livestock development.

In 2003, the Ministry of Agriculture introduced a Compulsory Free Vaccination Program in order to halt the major livestock diseases including PPR. Since PPR is one of the deadly epidemic diseases in sheep, goats and other small ruminants, controlling the disease has been given high priority.

Dr. Yonas stated that PPR, also known as sheep and goat plague, is a highly contagious viral animal disease affecting small ruminants. Once introduced, the virus can infect up to 90 percent of a flock and the disease can kill anywhere from 30 to 70 percent of infected animals, he added.

He noted that PPR was first recognized in Eritrea in the late 1993 when outbreaks occurred in sheep and goats around Tsorona, the Southern Region.

The Ministry of Agriculture developed a 5-year PPR prevention, control, and eradication strategy in 2019. For this reason, annual mass vaccination programs have been practiced with annual coverage reaching nearly 2.5 million heads. 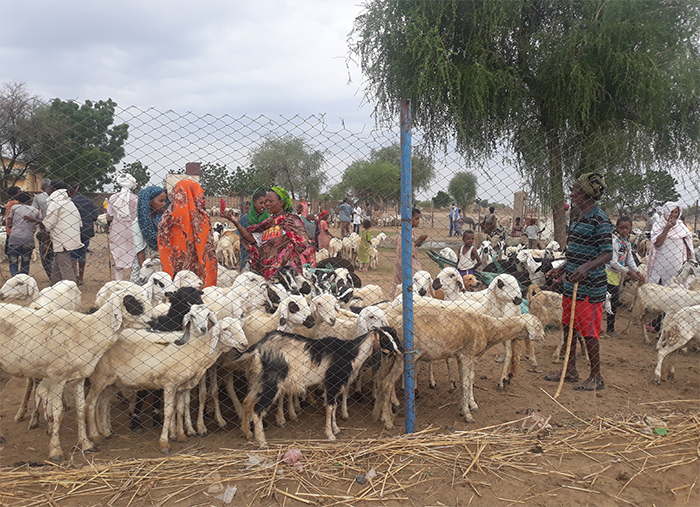 Furthermore, Dr. Yonas expressed that the mass vaccination programs which were carried out between 2015 and 2018 in all regions enabled the country to put PPR under control . Hence, in the past three years, the incidence level was minimized drastically.

This year, the MoA in collaboration with the Food and Agriculture Organization (FAO), is implementing a mass vaccination campaign in all regions of the country. According to Dr. Yonas, this program will have a great contribution to eventually eradicate PPR before the deadline (2030) committed by the global community as part of the Sustainable Development Goals (SDG).