It Takes a Nation to Raise an Orphan: A short review of the efforts of the Government of Eritrea (GOE) to care for vulnerable children 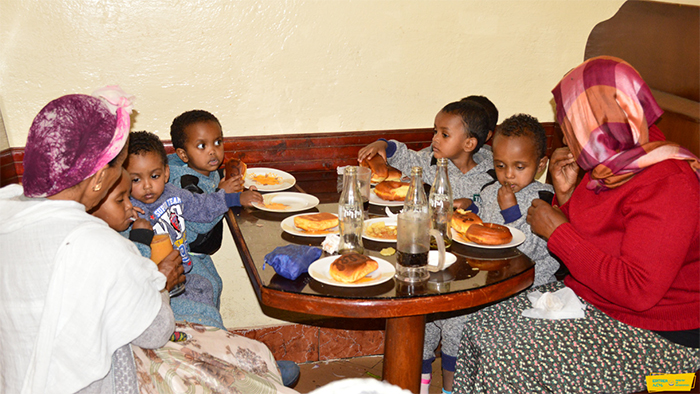 Re-unification with extended family members and eventual full integration of vulnerable Eritrean children into society has been and continues to be a priority on the GOE’s social policy. Given the scope and the significance of this social challenge and the subsequent economic and social problems it can engender, it should be of serious concern to all Eritreans as well. It requires the determination and commitment of the entire nation to formulate and implement interventions that meet the comprehensive short and long-term needs of the tens of thousands of Eritrean children who lost one or both of their parents during the pre or post-independence wars.

During the struggle for independence, the Eritrean People’s Liberation Front (EPLF), notwithstanding its scarce human and material resources and difficult war conditions, made a concerted effort to assess the gravity and extent of the psychological impact of war on the children’s physical, emotional and mental health. Gradually, it was able to develop and implement effective psycho-social and culturally relevant interventions in the areas under its control. After independence, the Ministry of Labor and Social Welfare (MLSW), collaborated with its development partners and other relevant organizations to implement various projects and programs for children rendered vulnerable by difficult social conditions. The Ministry’s actions are consistent with article 39 of the 1989 Convention on the Rights of a Child (CRC) which the GOE has been a signatory to since 1994; it states “State Parties should take all appropriate measures to promote the physical and psychological recovery and social reintegration of children who have been exposed to situations detrimental to their development”. It is important to note that the MLSW is fully cognizant of the fact that socio-cultural and political factors play a critical role in either alleviating or exacerbating the potentially adverse psychological consequences of stressful psychosocial conditions on children. So, it made a concerted effort to identify and utilize traditional safety nets as mediating factors.

The main objective of these interventions was that these children, as beneficiaries of such programs, would be enabled to pursue and achieve their social, educational, and career goals and aspirations. Needless to say, the nation stands to gain immense long-term benefits from such compassionate and pragmatic interventions as these vulnerable children are enabled to successfully carry out their individual, parental, community, and national responsibilities and obligations. Hence, the above-stated collective effort should be viewed as a human and material investment in the future of our children and the nation and deserves the unequivocal support of all Eritreans in the Diaspora. 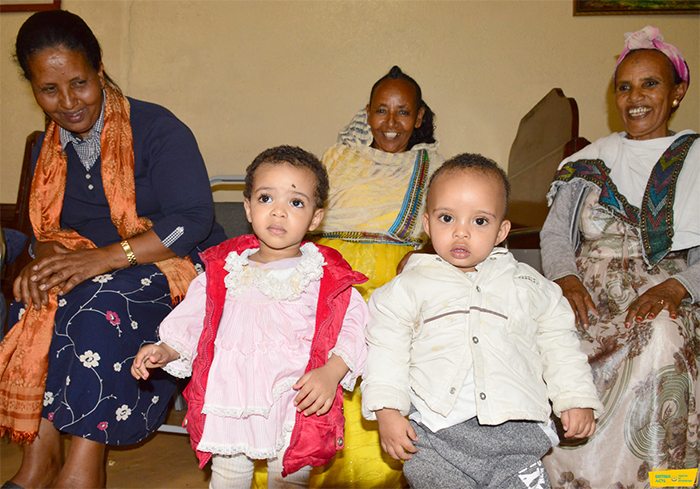 A 1992-1993 survey conducted by the MLSW revealed there were thousands of vulnerable children as a result of the protracted war for independence. Cases may have increased in the aftermath of the 1998 unprovoked military invasion by the TPLF. In the Eritrean context, a child under the age of eighteen who has lost either one or both parents, or has been abandoned by or separated from a primary caretaker is deemed vulnerable and potentially at risk for experiencing socio-emotional and cognitive challenges. The survey inspired the development of the “Orphan Re-unification Project” which resulted in the successful reunification of tens of thousands of vulnerable children with members of their respective extended families. A similar project is known as the “Mahzel Project” was also launched in the second half of 2000 and continued until the end of 2002. It was intended to benefit approximately 9,000 children and 3600 families in the Gash- Barka, a region that experienced serious economic and social problems in the aftermath of 1998 of the TPLF invasion. The project’s aim was to strengthen the traditional safety networks in the regions by providing income-generating financial assistance to the families of the children. Capacity analysis of the “Mahzel Project” to determine the extent to which the project met the comprehensive needs of the children showed positive results. The analysis indicated that the project enhanced the families’ capacity to meet the emotional, social, and intellectual needs of the children and that the financial and social situations of the families were positively impacted. It also included recommendations to improve the project’s cultural relevance and practicality.

As a viable alternative, for those orphans who could not be reunited with members of their immediate or extended family, the Ministry set up several community-based group homes. They were intended to provide comprehensive psychosocial care for 12-15 children. In these programs, a serious effort was made to maintain a healthy balance of age and gender and also keep siblings in the same group home. The children were cared for by a qualified live-in housemother assisted by full-time day staff. Local administrations, civic organizations and the community at large made a concerted effort to ascertain that the children were not socially stigmatized by ensuring their active involvement in all the educational, social and cultural activities of the communities in which their group homes are located. Visits to various group homes by this writer and anecdotal evidence indicated that such interventions were conducive to a healthy emotional, social and intellectual development of vulnerable children. Subsequent studies by the Ministry concluded that the programs made a positive contribution towards the realization of the Ministry’s objective of raising productive and socially responsible citizens. Group Homes in Hagaz, Agordat, Barentu Ghinda, Decamhare, Mendeferra, Adi Keih, Afabet and Adiquala were among the many that were operational in the country. 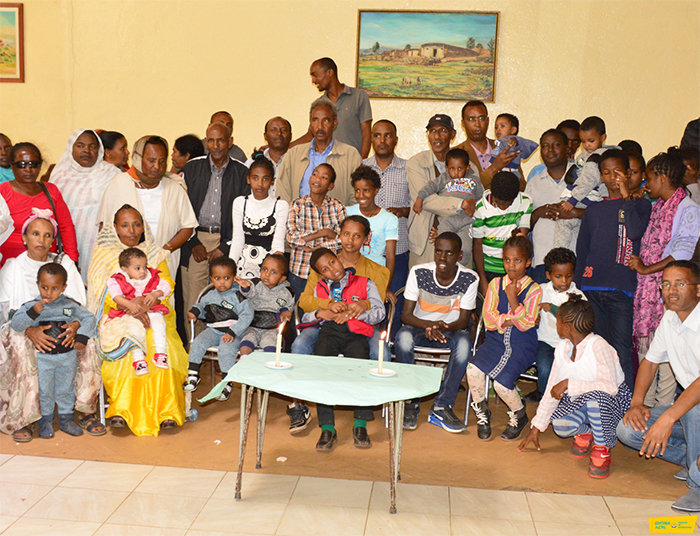 As a last resort, children are placed in orphanages. At the time there were ten privately operated institutions caring for several hundred children. To help them improve the quality of their services, the MLSW made a concerted effort to standardize the care and operational functions in these institutions. It, therefore, took all the necessary steps to raise their human and institutional capacity and, thereby, enable them to adequately meet the psychosocial needs of the children under their care.

The main objective of this brief article is to demonstrate and underscore GOE’s serious and longstanding commitment to social justice. Despite the myriad of economic and social challenges it has to contend with, it allocates a substantial amount of financial and human resources to alleviate the dire conditions of vulnerable populations. This also reflects its unwavering principle that the nation’s most reliable and sustainable asset is its people. Hence, its continual effort to help every Eritrean citizen, especially the most vulnerable ones, realize her/his intellectual and socio-emotional potential.

Needless to say, Eritreans in the Diaspora have consistently endorsed GOE’s social policies. Therefore, given the exemplary, compassionate, and pragmatic nature of the projects described above they should intensify their commitment and continue to make intellectual and material contributions. As a people, we will judge not by what we do for the strong, healthy, and affluent but by how we care for the vulnerable sectors of our society. Hence the resources we expend on such admirable projects should be viewed as an investment with high social and economic returns in the future.

Summer work: A Healthy Morning Habit for the Youth