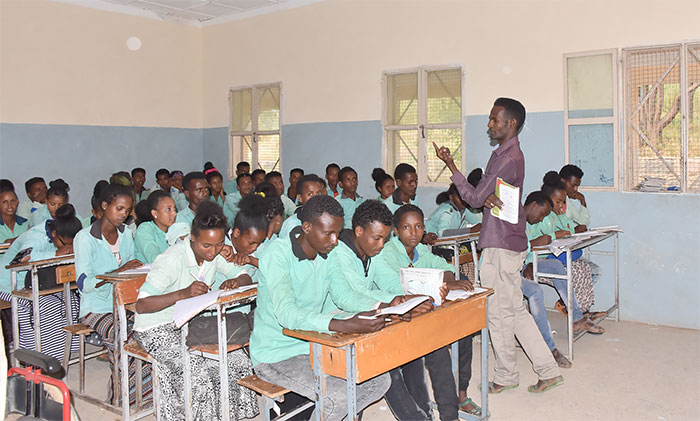 Editor’s note: Several days ago, United Nations Africa Renewal magazine featured the following article, authored by Dr. Fikrejesus Amahazion, exploring education and literacy in Eritrea. Africa Renewal, a magazine published by the UN and established in 1987, is published on a quarterly basis. The UN’s Africa Renewal information programme provides up-to-date information and analysis of the major economic and development challenges facing Africa today. It examines the many issues confronting the people of Africa, its leaders, and its international partners: economic reform, debt, education, health, women’s advancement, conflict and civil strife, democratization, aid, investment, trade, regional integration, rural development and many other topics. It works with the media in Africa and beyond to promote the work of the UN, Africa and the international community to bring peace and development to Africa.

While education comprises many dimensions, among the most fundamental is ‘literacy’.

Defined as the ability to read and write at a basic level, literacy is important for several reasons – it supports economic growth; and is critical for sustainable development, ultimately empowering people, enabling them to participate fully in society, and contributing to improvements in livelihoods.

Notably, advancing literacy represents an integral part of the UN’s 2030 Agenda for Sustainable Development and the African Union’s Agenda 2063.

Lastly, literacy is a fundamental human right and a mechanism for realizing many other rights.

However, despite the broad significance of literacy, and although considerable progress has been achieved in raising literacy rates around the world during recent decades, illiteracy remains a global challenge.

Unfortunately, millions of people around the globe still lack basic literacy skills, with the majority being women, girls, and those from poor, marginalized communities. According to UNESCO, illiteracy is most significant in parts of Sub-Saharan Africa and South Asia. Fifty years ago, almost one-quarter of youth globally lacked basic literacy skills compared to less than 10 per cent in 2016.

However, UNESCO’s Institute for Statistics (UIS) data show that 750 million adults – two-thirds of whom are women – still lack basic reading and writing skills, according to the latest available data for 2016. About 102 million of the illiterate population were between 15 and 24 years old. 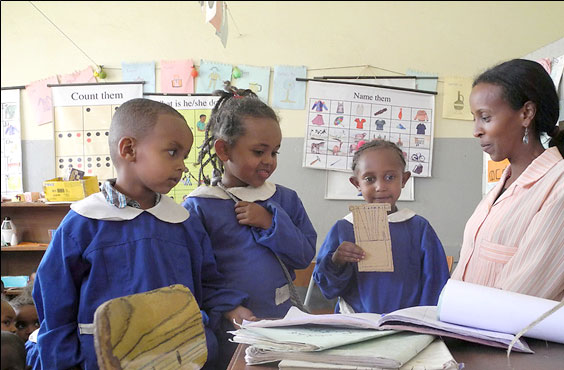 For decades, the country’s literacy rates were low, particularly among girls and women. However, since gaining her independence in 1993, Eritrea has made tremendous progress in literacy levels.

Data from UNESCO’s Institute for Statistics for 2018 indicate that about 76.6 per cent of adults in the Eritrea are literate, with youth (15 – 24 years) literacy standing at about 93.3 per cent. This shows progress from the 52 per cent literacy rate of adults and 77.9 per cent of youth in 2002. These figures stand out positively within the region and across the continent.

Eritrea’s increases in youth literacy have been recognized by UNESCO as being among the biggest achieved anywhere in the world over the past 50 years.

Eritrea’s remarkable progress is rooted in a number of factors and the result of a holistic approach. The country has made the promotion of education and literacy a national priority.

“For a young, relatively small country, Eritrea is really endowed with considerable and diversified resources. It has huge potential in the extractive industry, rich marine resources, high tourism potential, and locational advantages. Notwithstanding these advantages, government policy has always centered on investing in human capital and youth, which are our greatest resource,” Yemane Ghebremeskel, Eritrea’s Minister of Information, explains on why the focus on promoting education.

Throughout the country, hundreds of new schools and learning centres have been built. The current national total of over 2,900 educational facilities has helped increase capacity, reduce overcrowding, and raise enrolments.

At the same time, more roads have been constructed, public transport services expanded, and bicycles distributed, to ease travel for students and hence broadening access to education for all. 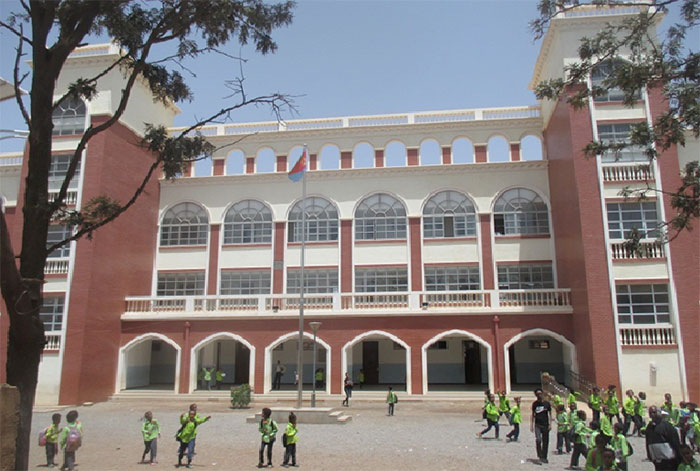 Basic education is compulsory for both girls and boys, and a child marriage legislation has been enacted, to keep more youths in school and help reduce historically massive gender disparities.

Furthermore, the country’s policy of universal free education, covering pre-primary to higher education, ensures everyone, irrespective of background, distinction, or status, has the opportunity to enroll in education, become literate, and maximize their potential.

Importantly, there is a focus on teacher recruitment, training, and support systems, which have contributed to vital improvements in quality. There are now over 20,000 teachers across all levels of education.

Moreover, Eritrea’s mother tongue policy, offering education in the various ethnic languages of the country, has not only helped preserve Eritrea’s rich heritage and culture. It has meant more equitable access for all ethno-linguistic groups and improved enrolment, retention, and comprehension.

Eritrea’s nomadic populations and other hard-to-reach groups, traditionally the most marginalized, continue to get opportunities to learn through the establishment of 65 mobile and boarding schools in remote areas.

Finally, adult basic education and literacy enhancement programmes are extending learning opportunities to adults who may have been missed by the system. These programmes typically enroll approximately 35,000 annually, with growing numbers of female participants. Graduates can continue on with formal education or secure better employment.