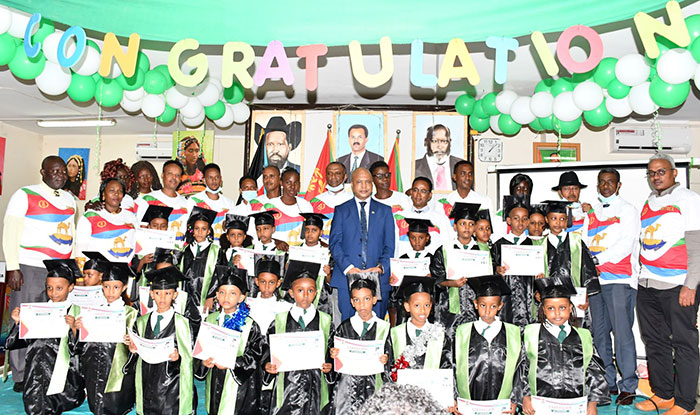 Asmara, 10 August 2021– The Eritrean community school in Juba, Republic of South Sudan, reported that is significantly contributing in the inculcation of the noble culture and societal values among the Eritrean children.

The ceremony was attended by Mr. Yohannes Teklemicael, Eritrean Ambassador in South Sudan, representatives of the South Sudanese Ministries of Foreign Affairs and Education as well the chairman of the Eritrean Community.

At the ceremony, speeches were delivered focusing on the development of bilateral ties between Eritrea and the Republic of South Sudan as well as on the future program of the school.

Commending the effort being exerted by the Eritrean Embassy to develop the school, the participants expressed conviction to play due part in the effort.

At the event awards and certificates of recognition were handed over to outstanding students and to those that made special contribution to the development of the school.