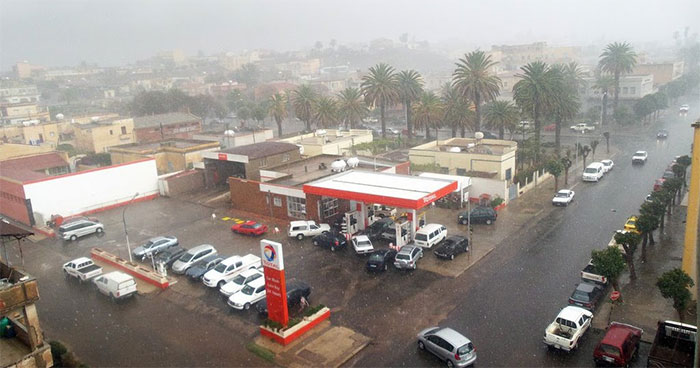 When my friends and I were recently discussing ‘Things Fall Apart,’ by Chinua Achebe, one of the most widely read African novels, we were arguing over the traditions of the tribes portrayed in the book, especially the one re­lated to agriculture and rainmak­ing rituals.

One of my friends described the tradition as backward and super­stitious. Her comments made me wonder what foreigners will say about our traditions and culture if we, as Africans, describe our cultural and traditional practices like that. I am not by any means claiming that our traditions do not have bad sides to them. What I am saying is that to consider them all backward is unrealistic.

A good example that helped me persuade my friend is the power of empirical knowledge aiding in the life of African farmers, the Nganyi rainmakers of Bunyore tribe of the Luhya community of western Kenya. The Nganyi rain­makers are known by Kenya’s meteorological department, re­search institutes, and universities for their competence in perfecting the science of rainmaking which they have long used in advising local communities about when and what to plant based on weath­er patterns.

Climate change is one of the biggest challenges facing human beings. Therefore, climate-related information and agro-advisory services are crucial for smallhold­er farmers and pastoralists in Af­rica to help them manage climate-related risks and adapt to climate change.

Many farmers and pastoralists rely on indigenous knowledge (IK), where an institutionalized local place-based knowledge root­ed in local cultures is often passed on across generations through oral history. IK is influenced by the previous generations’ obser­vations and experimentations and provides an inherent connection to one’s surroundings and envi­ronment. IK weather forecasting is very well established in many African cultures and communi­ties, with different indicators used by various communities and cul­tures to predict future weather conditions. Farmers, pastoralists and indigenous experts in Africa observe local weather phenom­enon; the behavior of insects, ani­mals, and plants; the direction of winds; and the types of clouds to forecast local weather conditions, the intensity and distribution of rainfall, the occurrence and mag­nitude of droughts and floods. Forecast information is dissemi­nated directly from IK experts or indirectly through village assem­blies, relatives and friends.

In Eritrea’s tradition, clouds have always been associated with rain. Two well-known rain clouds — a dark, rain carrying cloud of bad weather and a cloud that pro­duces showers and thunderstorms — are used for forecasting. The Eritrean indigenous meteorologi­cal indicators that are used to give forecasts about the onset and in­tensity of rain include the appear­ance of dark clouds, the direction and strength of the wind, very high night temperatures, light­ning and thunder at night with no rain, and appearance of less dew on grass and plants. Also high temperature is known as the best predictor of the onset of rainfall. Excessive heat and warming to­wards the end of the dry season indicates a higher likelihood of above normal rainfall while high temperatures during the night in­dicate a likelihood of rainfall the next day. Strong winds and whirl winds, known as Hebobla, indi­cate an onset of imminent rainfall while repeated lightning in the evening during the dry season is an indication of the onset of short-rain season.

In general, our grandfathers used to predict that it is about to start raining by observing subtle changes in nature and making in­terpretations of how plants react and animal behaviors. They are able to predict with high precision and accuracy the local weather, particularly the timing and inten­sity of rains and drought. More­over, Mehlela, the rites which accompany prayers for rain, is performed almost every day in the run-up to the rainy season and when the so anxiously awaited rain has fallen, the community immediately arranges for a plant­ing ceremony where the seeds are blessed to ensure good harvest.

Lack of rain is usually associ­ated with sin and, therefore, the high priest urges the people to cleanse themselves of sins com­mitted against one another, the environment and God, creating a platform for the community to have peace by forgiving one an­other. 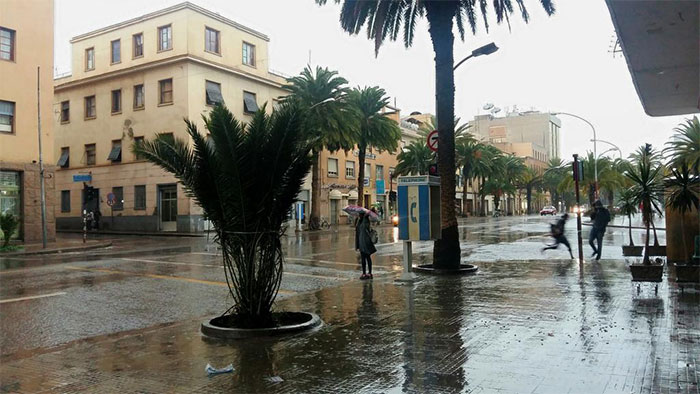 Like my friend many may dis­miss aspects of African indig­enous knowledge as primitive and magic. This perspective, however, misses the whole point of the in­digenous knowledge, whose pur­pose is not simply to give, for ex­ample, weather forecast but also to give hope to the farmers.

Fortunately, Africa has a wealth of knowledge that African com­munities have long used to sustain themselves in the face of climate change. Many African communi­ties have used indigenous knowl­edge as a critical strategic base and survival tool during extreme climate events and other natu­ral hazards. African indigenous knowledge is knowledge that an African community has built-up, accumulated and handed down through generations. It encom­passes every aspect of that com­munity’s existence, including its holistic understanding of local ecology, education, art, technol­ogy, medicine, norms, social organization, spirituality and worldview. Such knowledge is place-based and rooted in local cultures and is generally asso­ciated with a community’s strong interactions with their natural en­vironments.

Ignoring our tradition and rely­ing exclusively on science might destroy the centuries-old knowl­edge our forefathers have accu­mulated which may hold the so­lution to the environmental crisis human beings are facing due to climate change.