Sawa – Graduation of 34th Round of National Service 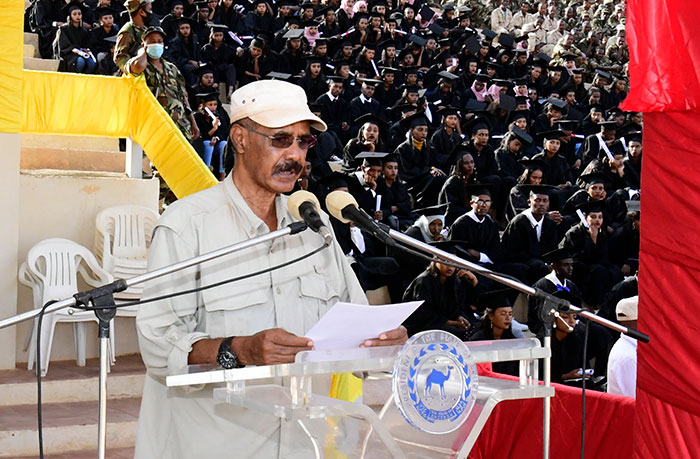 Sawa, 14 August 2021 – Graduation ceremony was held at Sawa in the early morning hours today for students of the 34th Round of the National Service as well as the 12th Round of the Center for Vocational Training, (CVT).

Mr. Tesfay Tewolde, Director of CVT, on his part stated that in its 12th commencement this year, the Center was graduating 1,200 students,  544 of them female – in fifteen technical areas of study in a two-year-post-secondary, certificate program.

In his keynote address, President Isaias Afwerki underlined challenging realities that have unfolded in the past months  – notably the global COVID-19 pandemic, and spiraling disasters triggered by climate change – must be taken as clarion calls that impel us to profoundly assess policies and perspectives enunciated by special interest groups and presumed as “standard and normative”. 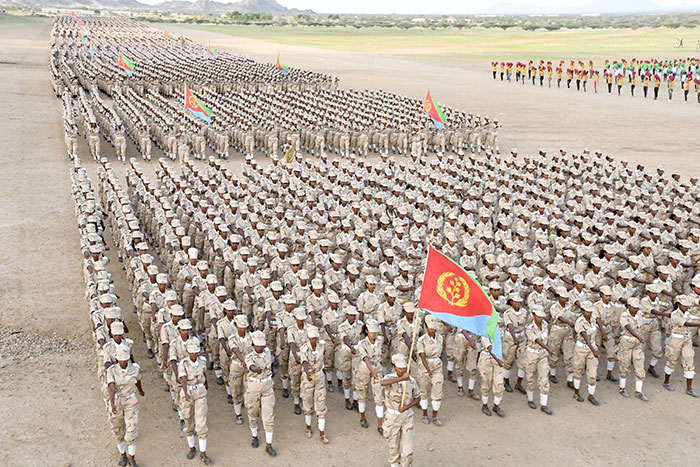 President Isaias further stated that although the human toll due to the pandemic remains minimal in Eritrea in comparison to neighboring countries and the world as a whole, it has nonetheless created considerable challenges including in the smooth functioning of the education program in the country.

President Isaias also stated that the declaration of war and the missile attacks unleashed by the TPLF clique and its enablers against the backdrop of the peace process underway pose additional challenges and clarion calls that require appropriate vigilance.  The subsequent demonization campaign unleashed to undermine our legal and moral rights of self-defense is appalling and much worse than the original crime, President Isaias noted.

Awards were given to winners in various competitions and for outstanding students.  The event also featured cultural and artistic programs and military parades

from members of the 34th Round of the National Service.