Growing Cactus as an Alternative to Develop the Economy 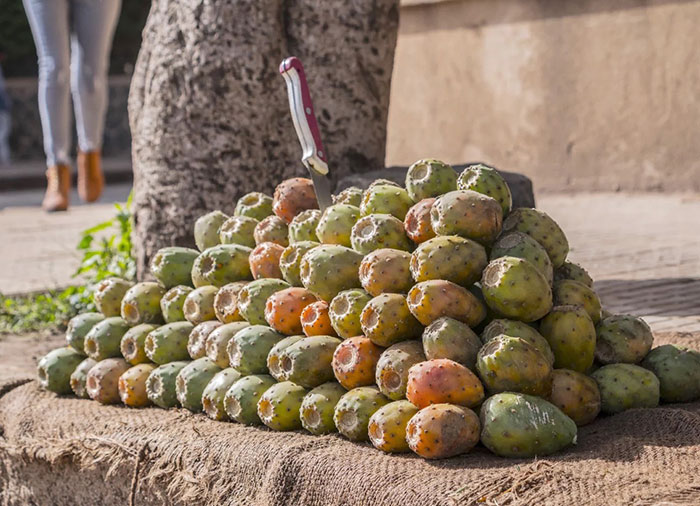 The origin of cactus plant is Central America, especially Mex­ico and the Caribbean islands. The Cactus cladodes and fruits have been used as food in Mexico since 9,000 years ago. The Span­ish conquerors acknowledged the presence of prickly pears (beles) as soon as they arrived in the Americas at the end of the 15th century and the plant was spread over many parts of the world es­pecially after the 17th century.

Cactus grows widely in coun­tries such as Mexico, Italy, Chile, Bolivia, USA, Brazil, South Afri­ca, Tunisia and Eritrea and is said to cover an estimated 14,485,170 ha of land globally. Mexico leads in the world in the production of cactus which grows on 2,062,000 ha of land.

Cactus plants are said to have been introduced to Eritrea in 1839 by a French catholic missionary who planted the cactus in Digsa, Akrur and Hebo, Southern region. The second generation cactus plants were introduced by the Ital­ians, who planted them at Arbere­bu while they were building the railway. Cactus is a naturalized plant in Eritrea and has ecologi­cally been an alternative plant for Eritrea’s arid and semi-arid areas.

Considering Eritrea’s erratic and torrential rainfall patterns, a major cause for crop failures, the search for alternative crops and plants that are less susceptible to changing weather conditions, is fundamental to Eritrea’s aspira­tion of ensuring food security. The succulent prickly pear is suit­able for Eritrea as it is less likely to be affected by the country’s er­ratic and torrential rains. 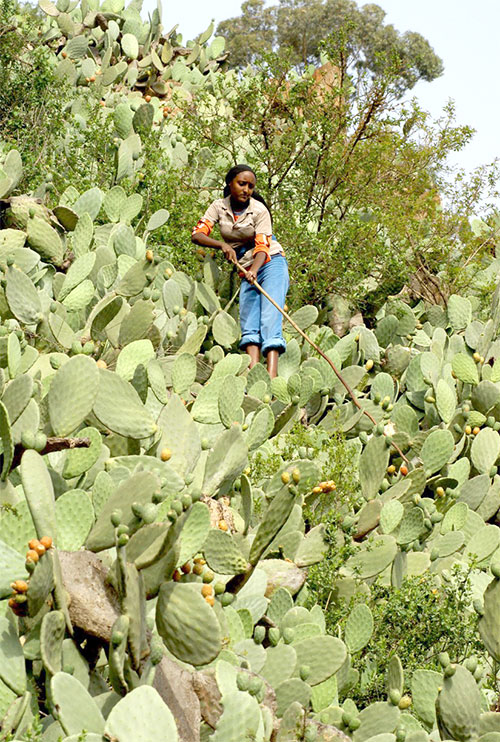 Cactus and prickly pears are rich in antioxidants, vitamins and minerals and are very good sourc­es of calcium, potassium, fiber, protein and carbohydrates. They can be used in the treatment and prevention of diabetes, high cho­lesterol, obesity, blood pressure and hangovers and are touted for their antiviral and anti-inflam­matory properties. They prevent gastric ulcers and inflammations, lower blood sugar levels, boost the immune system and protect people from heart disease. They also reduce the frequent occur­rence of migraines and can be used as hair conditioner.

The economic benefits of prickly pears are increasingly being recognized by the people and Government of Eritrea. It is, therefore, high time to search for ways and means of mass pro­ducing and commercializing this valuable and readily available re­source. According to the Ministry of Agriculture, although around 18,000 hectares of land is covered with wild cactus plants that yield prickly pears, less than 25% of it is currently being exploited.

For Eritrea to fully exploit its resource of cactus and further develop its capacities to produce and market prickly pears as they are and by adding values, some work needs to be done to gain knowledge and technologies from countries that have well devel­oped cactus plant growing meth­ods, value addition systems and marketing strategies.

Eritrean community festival in the USA