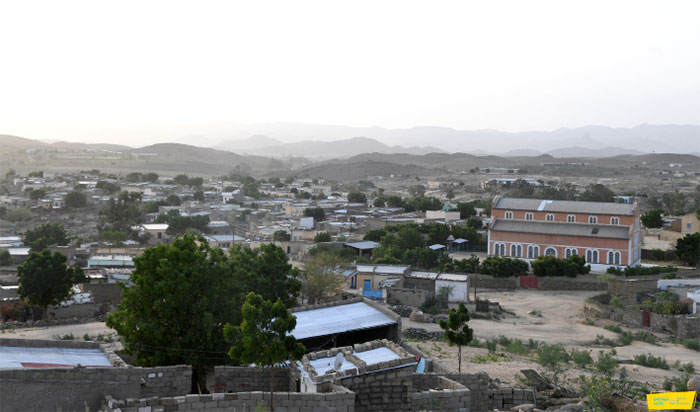 After a long drive through the plains of Ubel in Mai-mne sub-zone, intense activities and movement of people, loud music from music shops, and big trucks waiting to be unloaded notified us that we have reached the town of Mai-dma. The businesses in the town such as restaurants and hotels were crowded. In the eve­ning, the town glitters with lights from the shops and all the house­holds. There is no worry regard­ing electricity in Mai-dma and the surrounding villages, thanks to the 24-hour solar generated electricity in the area.

Mai-dma is one of the busi­est towns in the southern region of Eritrea. It is located in one of the strategically important routes in the country that connects the Gash Barka region through Shambqo, Ubel and Dembelas to the southern region of Eritrea. Endowed with natural resources such as grit and untapped mineral fields, the town was founded in 1964 as a small village. Owing to its strategic location however, the village showed substantial growth in a short time. Goods imported from the Sudan are distributed to the Southern re­gion through Molqi to Mai-dma. Likewise, goods from across the southern region and even border towns of the neighboring coun­tries are also passed on to the Gash Barka region through this course. As the local inhabitants in the surrounding villages be­came more business oriented, they started relocating to the then budding business hub in the area, Mai-dma.

The village was transformed into a town in 2003; currently, it encompasses 12 villages under 3 administrative areas. according to recent census, the population of the town has surpassed 11,500. The inhabitants of Mai-dma are commonly engaged in farming, herding and commerce. There are about 325 commercial centers in the town, all of which run well for it is a commercial center.

The type of soil and climate in the area is mostly convenient for plantation of fruits and vegeta­bles. Guava, mango, tomato, im­proved potato seeds, onion, let­tuce and green vegetables being some of the main productions of the farmers in the area, there are around 40 small-scale fruit farms in Mai-dma. Although the fruit and vegetable farms are limited in size, the products reach mar­kets as far as Asmara, apart from meeting the needs of the people of Mai-dma and the quality of the products is very good.

Indeed, the social services in Mai-dma need a significant up­grade because the town is grow­ing in size and standard. Never­theless, it has access to the basic social services, such as health­care, education, water, commu­nication, transportation and elec­tricity.

The Eritrean society as a whole is now well informed when it comes of the benefits of educa­tion and the role it plays in the success of their children. Speak­ing of education in Mai-dma, the education facilities in the town stretch from kindergarten to sec­ondary level. Moreover, because the town has expanded to the bor­dering villages, the nearby villag­es have become part of the social makeup of the town. According to report, there are eight schools in the town, most of which were built after independence.

According to the Director of Mai-dma High School, Mr. Mhretab Habtegabr, there was no Secondary School and stu­dents had to travel long distances and waste money and energy to get secondary level education. But then after one of the Middle Schools was upgraded to a Sec­ondary School, the burden of the students and their families was eased.

The nature of the town activi­ties is possible hindrance to the education system in Mai-dma; children engage in business­es and do not come to school. Though such occurrences are rare, the Ministry of Education (MoE) has given particular focus to the problem and has been toil­ing hard to minimize it.

As part of the efforts to moni­tor the students’ performance and balance their inclination to commerce, Parent-Teacher- Association (PTA) meetings are held every now and then in the schools. Mai-dma Secondary and Junior School has a science and ICT laboratory building. The labs are properly equipped but has not been fully utilized yet. The par­ticipation of females in education sector in Mai-dma is an encour­aging 48%.

Mai-dma is one of the centers for which the Areza-Mai-dma solar power plant provides elec­tric power. Previously, Mai-dma and all the surrounding villages of the Mai-mne and Areza sub-zones had no access to electricity. But now, things have improved and many of the villages in the area have uninterrupted access to electricity. 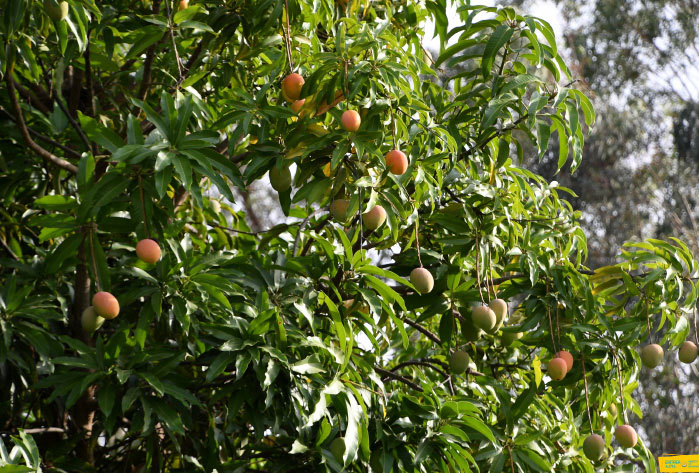 Apart from household and busi­ness electricity requirements of the people, farmers demand ac­cess to power their water-pumps and other agricultural materials for their farm. Mai-dma water department has been using diesel generators to pump water to the people, which is now done using the solar generated electricity. Hence, the electricity relief has also helped the people get access to easier water distribution and other social service facilities.

“The demand of the people has grown substantially with the growth of the town and so is the businesses, the number of wells and water facilities”, Mr. Me­hari said. At present, there are 8 wells which are now using solar powered water-pumps. Addition­ally, the administration has built two check dams to support un­derground water. Thus, the water sector in Mai-dma is stable and for further security, the adminis­tration is building another check dam.

The communication and trans­portation sector of Mai-dma sur­passes many villages and towns around the area. There are gov­ernment and private buses that work on the roads to and from As­mara, Ubel, Barentu, Molqi and other towns and cities in Gash Barka. There are mobile network towers in the town, which has in its way boosted the commercial life of the people in the area.

Growing Cactus as an Alternative to Develop the Economy

Every Thing You Can Imagine is Real