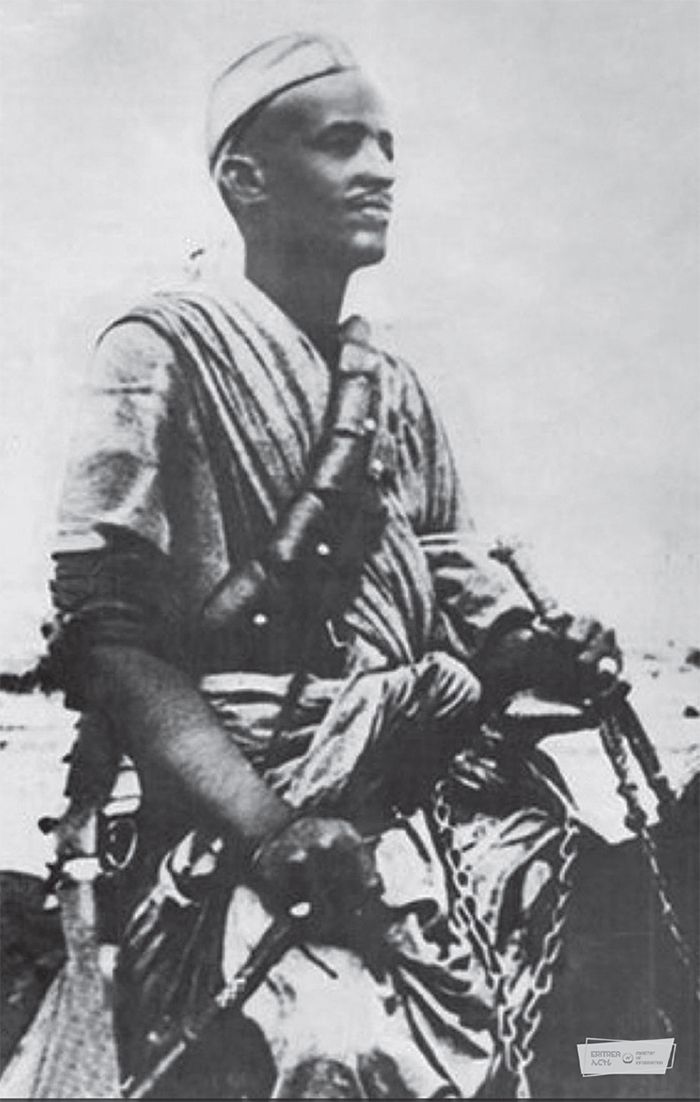 It is nearly the end of August. The beginning of September will soon be upon us. In Eritrea, that generally means several things. That the rainy and wet keremti (summer) season is almost at its end, ready to give way to the quewi (harvesting) season. That a vast swathe of the countryside and mountains will soon be covered in sheets of green and dotted by colour­ful embaba (flowers). That juicy and delicious beles fruit can be found on every street corner. That Yohannes and Meskel, those special festive oc­casions, are around the corner.

Of course, however, on top of these seasonal signposts, what also makes this period especially impor­tant in Eritrea is that it is the anniver­sary of the beginning of the nation’s long and bitter armed struggle for independence. Bahti Meskerem, or September 1st, is a national holiday and an occasion filled with deep pa­triotism and utmost pride. It is among the most sig­nificant days on the an­nual calendar for all Er­itreans, regardless of age, gender, ethnicity, religion, or other distinction. For Eritreans, it offers an im­portant opportunity to re­flect upon and remember the monumental contribu­tions, immense sacrifices, and heroic exploits of so many to bring about what to many for so long seemed highly unlikely, if not essentially impossi­ble: the defeat of Africa’s largest, best-equipped army and the achieve­ment of independence .

On 1 September 1961, now 60 years ago, and on its Diamond Jubilee, the Eritrean independence movement transi­tioned from street demonstrations, non-violence, and peaceful protest, to active, armed resistance. Years before, on 20 September 1949, the United Nations General Assembly (UNGA) decided to send a second commission of inquiry into Eritrea to explore a potential “solution [to] the problem of Eritrea.” In the del­egation’s subsequent report about their visit to the country, Sir Zafrulla, the Pakistani representative, warned, “An independent Eritrea would ob­viously be better able to contribute to the maintenance of peace (and security) than an Eritrea federated with Ethiopia against the true wishes of the people. To deny the people of Eritrea their elementary right to independence would be to sow the seeds of discord and create a threat in that sensitive area of the Middle East.” These words would prove to be highly prophetic.

After a lengthy international pro­cess seeking to develop an appropri­ate the solution to the Eritrea question, on 2 December 1950, United Na­tions Resolution 390 (V) was passed by the UNGA. Resolution 390 (V), which was backed and sponsored by the United States, extinguished Eritreans’hopes and aspirations for independence, federating Eritrea with Ethiopia as “an autonomous unit … under the sovereignty of the Ethiopian Crown.”

Ethiopia, an absolute monarchy ruled by Emperor Haile Selassie, viewed the federal struc­ture with disdain and contempt. Al­most immediately from the outset, the Emperor began to violate the terms of the federal arrangement; just nineteen days after the federal arrangement was officially ratified and came into force, the imperial regime committed its first violation, through Proclamation 130. The Em­peror’s views of the arrangement calling for Eritrea’s autonomy were made unmistakably clear in a speech he delivered to the Eritrean Assem­bly on 22 March 1955, where he de­clared: “There are no internal or ex­ternal affairs as far as the office of his Imperial Majesty’s representative is concerned, and there will be none in the future. The affairs of Eritrea con­cern Ethiopia as a whole and the Em­peror.” Eventually, the entire Eritre­an constitution would be replaced, while the Eritrean flag was replaced by that of Ethiopia. Eritreans were also banned from speaking or using their own languages (such as Arabic and Tigrinya), with Amharic, the dominant language of Ethiopia, be­ing made the official language. Press freedoms were abolished, Eritreans were forced to dissolve their political parties and trade unions, and whole industries were relocated from As­mara to Addis Ababa.

Eritreans were also subjected to state repression, severe violence, and persecution, while all forms of civil disobedience, opposition, dissent, and resistance, which had largely been peaceful and involved broad segments of the The Eritrean population was forcefully crushed. Assassina­tion attempts against nationalists became common and routine. Some of the most prominent Eritrean na­tionalists, such as Woldeab Wolde­mariam, Ibrahim Sultan, and Idris Mohammed Adem, were forced into exile. From abroad they continued their opposition to Ethiopia’s expan­sionism and helped to establish resis­tance groups.

By 1991, after one of the longest national wars for liberation in mod­ern African history and following tens of thousands of deaths, numer­ous more injuries, and much devas­tation and destruction, Eritrea finally won its independence from Ethiopia.

Personally, in addition to the pride and patriotism noted above, I see September 1st as being all about in­spiration. It is a day that reiterates the importance of closely holding onto and protecting your dreams, hopes, and aspirations and persevering in the face of adversity. It reminds us to be brave and remain undaunted, even when confronted by the great tasks and obstacles we are faced with as a nation.

“No Matter How far You have Traveled, There is Always a First Step”