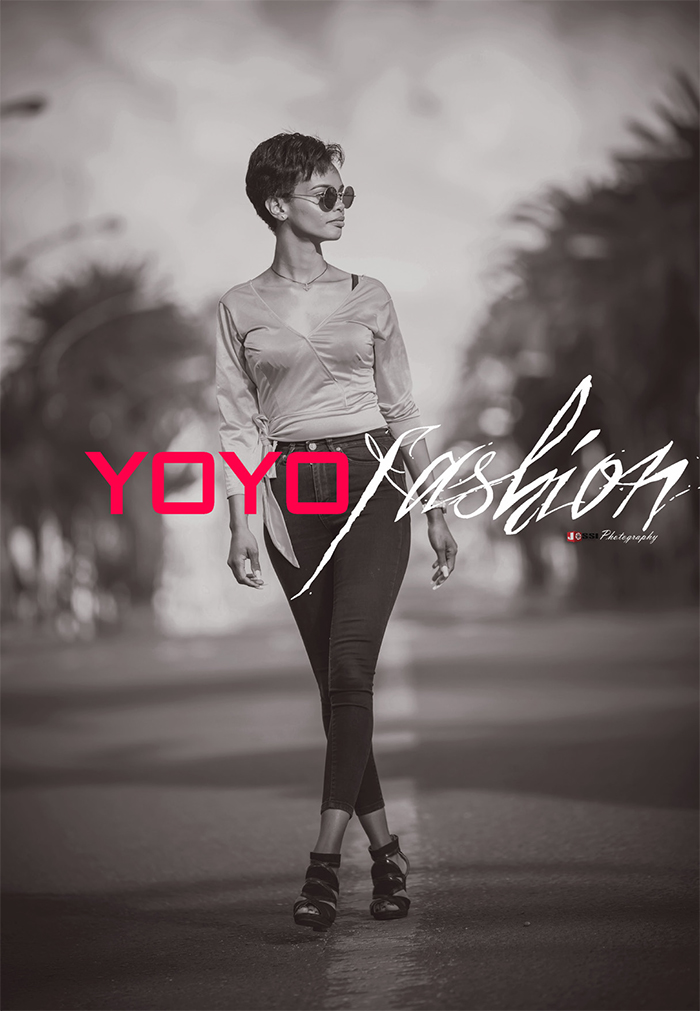 You can genuinely like and respect yourself only when you know, deep in your heart, that you are re­ally good at what you do. Achieving your full potential requires high levels of courage and confidence. Great success requires continuous willingness to move out of your comfort zone, and to break the bonds of learned helplessness that hold many people back. Merry Gebru, who is in her early twenties, is a young female designer who has been working hard to achieve her goals and is still working harder to get to the top in the world of fashion.

Well, my family was totally against my work­ing as a model because of people’s perception about the profession. Like many elders in our coun­try, my father also thought that working as a model was some sort of profession where you need to sacrifice yourself to get to the top. Of course, I can’t deny that there are some models like that in the world.

It makes me sad to hear people judge models based on some sort of weird rumors. To get back to your question, I was unable to continue as a model because my family was against it, especially my father, and at the same time I didn’t want to totally divorce myself from the profession. I thought that I had to be around and I chose designing and make-up. When I started designing, physically I was a designer but mentally I was a model. How­ever, with time my father started to understand and allowed me to live my dream. Now I’m working as a makeup artist and a model, and focus more on designing.

I never tried hard to come up with an idea. While I walk, eat, hang out with friends, and sleep something comes on my mind and I always rush to sketch it before I forget it. When it comes to colors, my mom has always b e e n my best a d v i ­sor in choosing a color. So, ideas come to me on their own because they know I would want them so badly and that they would be in good hands.

Well, I have had many good and bad memories in my jour­ney. My happiest memory was the day my design got first place at my first fashion show which happens to be my graduation day at the designing school. My brother likes birds a lot. So one day he brought a dead pigeon to the house and put it on top of the cupboard. I was mad and yelled at him. However, despite its aw­ful smell the dead bird brought some kind of picture on my mind. It felt like it was there to let me know that I should design a cloth with the same shape. Right at that moment I sketched the design that came on my mind and took it on my graduation day. As a rule you are supposed to bring a new cloth by the end of your design­ing classes and we organized a show more like a compe­tition. That is when I be­came very grateful to my brother for bringing the dead bird to the house. As I said, I won in the competition.

The saddest part was when the cloth I was telling you about got stolen. On my graduation day my logo “yoyo fashions” was not prepared yet and at the same time many people took pictures of that cloth when I won. However, after two weeks I saw my de­sign on a different model with an Ethiopian flag posted on social media. I was really heartbro­ken to see my work posted like that. I was the original designer but it was posted as if the origi­nal designer was an Ethiopian. Someone plagiarized my design and used it in an Ethiopian fash­ion show. Strangely they took permission from a designer here who claimed the design was hers. I can’t sue her nor make an argu­ment because I didn’t even have a logo back then. Eventually the woman called to apologize but that never changed the fact that I was heartbroken. It became a lesson and from that day onwards I have never shown my designs to another designer. That was the most heartbreaking moment for me.

Well, I do the designs with all my heart and soul. When I knit I think of the clothes as my children. I like it and I enjoy it. So whenever I knit I think of a way of making it look beautiful. I love so many colors, so I keep adding colors that make the cloth unique. Another thing is the fact that I use African fabrics. We are Africans so we have to be proud of it. As I stated it earlier, our clothes represent us. So wearing those clothes along with the Habesha clothes will show the world that we, as Eritre­ans, are proud to be Afri­cans.

I’m twenty three years old. This alone is tell­ing me that I have got a lot more to do. I’m just starting and I have a long journey waiting for me. My plan is to continue designing and make sure to be someone big in the near future. To rep­resent myself and my country throughout the world. For the ones who are starters, I would like to say that designing is not only about knitting clothes and selling them to earn money. It has got a bigger meaning. It is something that should never be taken lightly.

Our Freedom Through the Remarkable Shot at Mountain Adal