Eritrean Animators on the Rise 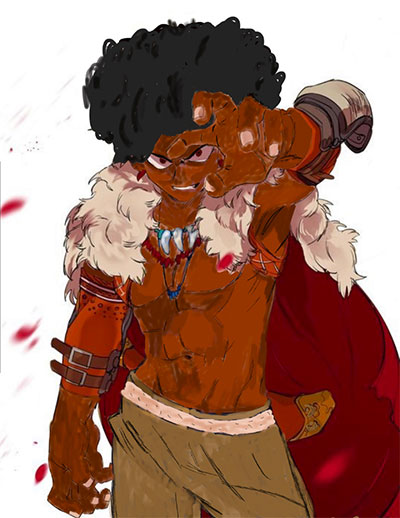 “We surely know, there is a long way to go”

Growing up inspired by the animated films they watched, childhood friends Temsghen
Kidane and Naod Yacob are pursuing a long awaited dream of becoming animators and
artists of comic strips. After getting their bachelor’s degree from college (Temesghen in
Land Resources and Environment and Naod in Biology), they are ready to be fully dedicated
to producing Eritrean stories in animations and comic strips.

Naod: I have always liked to doodle on pieces of paper when I was young. But watching cartoons was my favorite thing to do. So, it was only natural that I included the characters I saw on TV in squig­gles. After observing my interest, my father bought me my first water color, which I still kept after all the years.

Temesghen: My passion for art came from my father, who is an art­ist. Actually, both Naod and I come from families of artists. Also, we both are childhood friends, and we had similar interests since childhood. We both enjoyed watching cartoons and reading comic strips and that hobby led us to becoming artists of comic strips and animations. Grow­ing up, I saw my interest in art grow by the day and found myself exper­imenting and trying to know more about art. When I was only ten, through the unconditional support and motivation of my father, I seri­ously wanted to work hard because not much had been done in our country in the production of comic strips and animated movies. When we wanted to experiment, we had to refer to foreign comic styles such as the America, Manga and other styles that could be difficult to apply in our culture. And that is one of our main goals, to produce animation that would represent us. We can produce works that enter­tain and enlighten in an efficient and cost effective way through ani­mation. Imagine if we can produce an animation of the armed struggle; we can do it in a better and cheaper way. But if you are to present the armed struggle in a feature film style it would be very costly and would require the involvement of many actors, weapons, etc. 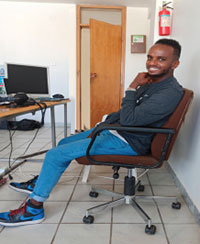 Naod: Drawing animation char­acters and comic strips takes you to another world. It takes your imagi­nation to another level. That is why I do love it. Being an artist of comic strips isn’t something you choose or shift to when you grow up. It is something that gets to your heart. You love the animation characters from the beginning and they stay with you for a long time. The art form is all about imagination and exaggeration, it isn’t about perfec­tion. You can create characters out of simple shapes.

As you said, it is exhausting but when you love doing something, nothing is too hard. For instance, working on 2D, frame by frame, to turn a still image to a moving one requires a great deal of dedication as you have to use many pictures to get just a one second-long movie. Imagine how many pictures you have to prepare for an hour long movie. The making of the movie, Snow White, required 3million pic­tures. So, yes it is a job that needs patience.

Temesghen: Well, I feel anima­tion and comic strips are some of the best ways to express yourself as well as a good get away from the world to stay in an imaginary one. Also, artists of comic strips can be anything and everything; they be­come fashion designers when they choose an outfit for their charac­ters and architects when it comes to the environment, and they are story tellers, script writers, direc­tors, painters and so on. As artists, they are supposed to know a lot about many professions and per­sonalities. Not only does an artist of comic strips has to be passionate about art but should be willing to explore many things to expand his/ her knowledge about a variety of subjects.

Naod: No. We both are self-taught. Watching cartoons was one of the ways by which we learned the techniques of making animated movies and we gained most of our knowledge from the internet and comic books. Before getting into cartoons, I used to paint realism paintings. But I loved drawing car­toons and comic strips more than anything. We used to draw cartoon characters we watched. But with time, as any artist does, we realized the type of comic style we want to follow and learned it much deeper. Now, I try to follow the American comic styles such us that of Disney and Warner bros, and Temesghen knows more about the Manga com­ic style.

Temesghen: Yes, Manga is dif­ferent from most comic strips be­cause it all happens in an imaginary world where everyone has super powers. Also, the faces, hair and outfits have Asian look.

Naod: We were both good stu­dents, prize winners. To be honest, it is hard to balance art and aca­demic studies, especially when you are young. But we were able to dedicate our time to comic strips and animations as well as our education and managed to graduate in 2019. Digital art demands a great deal of time and school was very im­portant to us. College was a bit difficult, but I was able to get my first comic book pub­lished when I was 19.

Temesghen: We have always giv­en priority to our education; school was a full time job. That’s why we haven’t had the chance to get where we want in terms of art. But now that we have graduated from col­lege, I don’t think there could be any big challenge that can stop us from pursuing our dreams. 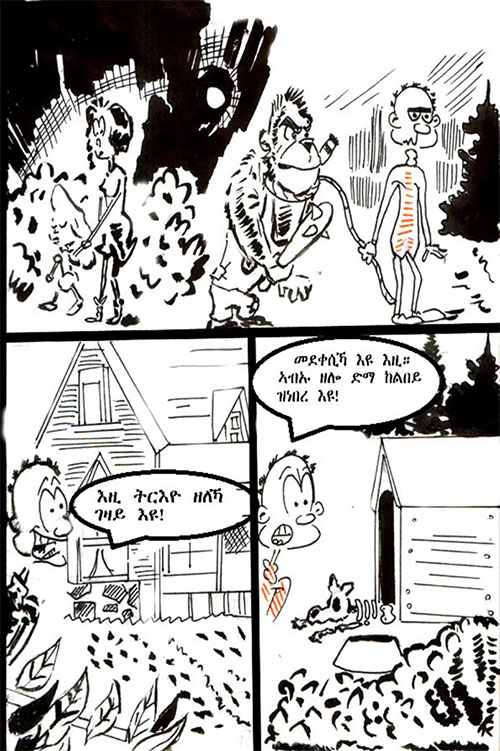 Temesghen: Not many people understand comic strips in our com­munity. That is one of the challeng­es. But it is not only here. Every­where in the world, it encountered challenges when it first started to surface. It isn’t surprising to see people being confused when they see something they aren’t familiar with. Just the other day, I was walk­ing by the street holding a comic strip I produced, and someone who was passing by asked to see and he asked if it was an abstract painting. We have a long way to go in terms of producing comic strips which is in its infancy.

Temesghen: We are part of the HLM Creative Art Work group. It’s a group of artists who gathered to come up with works of art, focus­ing on comic strips and animations alongside other artistic produc­tions. It is always best when people with similar interests and goals get together for a great purpose. HLM gives opportunities for artists like us to share ideas and work together for the advancement of this specific art form and art in general.

Naod: Yes. It is al­ways great to see art­ists who also dream to contribute in this field. I hope to see more of us in the future and for this type of art to grow.

Temesghen: If we want to see change, whether it is to raise the public’s knowledge or have more animators, people need to be in­spired. And the only way to do it is by producing great works of art and capturing the attention of viewers. Once we do that, nothing will stop us.