Molqi sub-zone, 187000 hectares wide, is one of the 16 sub-zones of the Gash Barka region. Its popula­tion is predominantly from Tigrigna and Kunama ethnic groups who live in 19 administrative areas and 61 vil­lages. Over 90 % of the population in the sub-zone engages in farming and herding while the rest engage in trade.

Although people mainly depend on the rainy season to grow crops on 15000 hectares of farmland in Molqi subzone, there are six community farms that are mostly set near river banks. According to satellite and GPS information, there is a potential for the construction of seven dams in the subzone.

Since 1991, the Government has been investing on education, health­care, transportation, communication, water, etc. to provide equitable social services to the community. Accord­ing to Mr. Eyob Goytom, an educa­tion officer in the subzone, the num­ber of schools in the sub-zone has risen from only three before Eritrea’s independence to 21 schools, which include preschool, primary and high school as well as two community schools.

There are two administrative areas that do not have schools, but there is a plan to build community supported schools. According to Mr. Eyob, the society is increasingly becom­ing aware of the benefits of educa­tion and the authorities are working hard to persuade parents to send their children to school and monitor their progress. 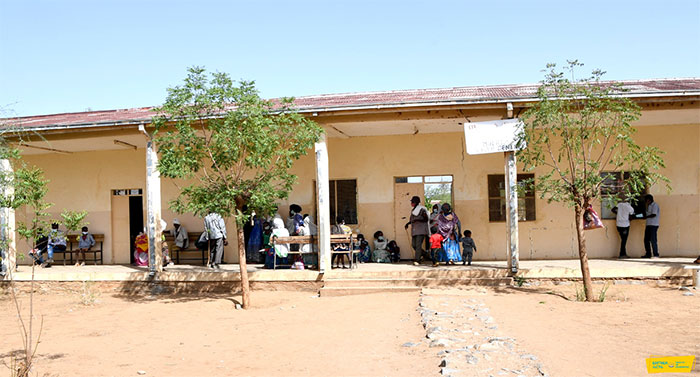 Students from Molqi sub-zone are very attentive and they do score good marks. In 2019, 60 out of 126 students passed the matriculation exam and those who scored above 3.0 were awarded by authorities at the subzone. The primary challenge in education at the subzone is un­derage marriage. Moreover, there is one high school in the subzone and students’ only way to enroll at the high school is by renting out houses close to the school although parents wouldn’t let their children, espe­cially girls, go out and live alone in a town. The education authority in Molqi is aware and looking for ways to stabilize the system. In spite of the challenges in high schools, there is at least one elementary school in every village.

The health sector in Molqi sub-zone involves members of the com­munity in assisting the sector. Apart from the professional medical work­ers, there is a committee of com­munity members who were given training to engage in vaccine man­agement and distribution and moni­toring communicable diseases and many other health hazards. They are the watchdogs of health and support the health sector in the subzone.

There are five health centers and stations in Molqi sub-zone which serve 65,000 members of the com­munity in Molqi and 3000 who live at the Southern region. There are 35 staff members at the health center in Molqi, which has HIV testing cen­ters, Directly Observed Treatment (DOTs) promoters of TB and medi­cal provision for HIV patients. In addition, the center has diagnostic facilities and a laboratory and uses solar power.

The landscape of Molqi sub-zone poses a big challenge to the transportation of pregnant women and patients in critical conditions to nearby health centers. However, health workers in the subzone say that the community’s awareness about healthcare has improved. The rate of vaccination and the number of pregnant women visiting health­care facilities is almost over 95% this year. People are now less dependent on traditional medicine and tend to rush to hospital for any emergency or chronic health problems. In ad­dition to common cold, Brucellosis and upper respiratory problems, Ma­laria, followed by diarrhea, is one of the most common diseases. Brucel­losis is common because herders have a habit of eating and drinking raw meat and milk. The Ministry of Health (MoH) gives vaccinations to combat the diseases. As for malaria, preventive measures such as cover­ing swamps, fumigating buildings and distributing mosquito nets are carried out in collaboration with the community. For emergencies, there are 41 barefoot medics assigned to all villages. The barefoot doctors mostly specialize in malaria preven­tion and treatment but they tend to any health mishap in the villages. They are voluntary health workers from the villages and the MoH pays only their bus fare; the service they provide is free labor they do for their people.

As a result, says Mr. Mebrahtu Yemane, an agent of the MoH in the subzone, the subzone has been relieved and people are now more aware about malaria than the doc­tors themselves. They know they have to get in nets before the bugs bite them and go to the nearest health center if they develop any symp­toms. Molqi subzone is surrounded by rivers which is why it’s hard to control mosquito breeding areas and swamps.

Traditional delivery is still prac­ticed by women of age. The number of women that give birth with the help of medical professionals is only 22%. To combat traditional delivery, MoH in the subzone has established three waiting rooms and is work­ing to make them familiar to the people. Mr. Mebrahtu says they are designing new strategies and hope to promote safe delivery in health cen­ters. The health sector also provides nutritional assistance such as plum peanut for underweight children. Mr. Mebrahtu hopes to soon upgrade the health center in Molqi to a commu­nity hospital. 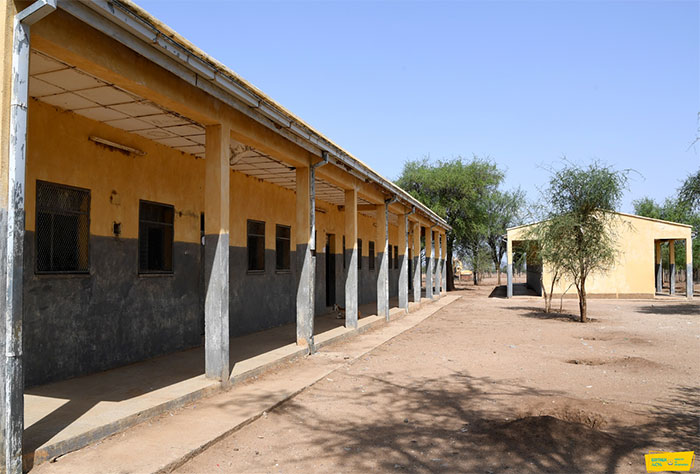 Molqi’s main road is a national road that links the Southern region with the Gash Barka region. There are no problems of transportation to and from Asmara, but it is a little dif­ficult for people who need transport to and from Molqi and the rest of the Gash Barka region. The people of Molqi sub-zone usually help in repairing damaged roads through community campaigns. As for communication, there is a mobile network tower that functions quite well. Speaking of electricity, the administrator describes Molqi as an island because while some of the vil­lages have access to electricity from the Maidma solar power station and some have access from the power station in Barentu, the majority of the sub-zone is without power. Fol­lowing a meeting of the elders with concerned government bodies, good results are expected to be delivered.

The mountainous landscape of Molqi sub-zone is a hindrance to transportation, healthcare service and water distribution facility. Peo­ple traditionally live at the top of the mountains which make access to underground water not conve­nient. Therefore, the administration has been promoting the relocation of people from mountains to ar­eas where they can access facilities more easily. There are small groups of people that have chosen to come down and have been clustered into villages. Two villages, May Atal and Mxi Btahta, have been relocated so far, and the government has built a school for those that have been relo­cated as a token of encouragement.

Mr. Zeriay Berhe Tesfazgi, admin­istrator of Molqi sub-zone, said that their priority is to work with the peo­ple to make water more accessible. He added that they are working to in­troduce irrigation to help upgrade the living standards of the community.

Eritrean Animators on the Rise