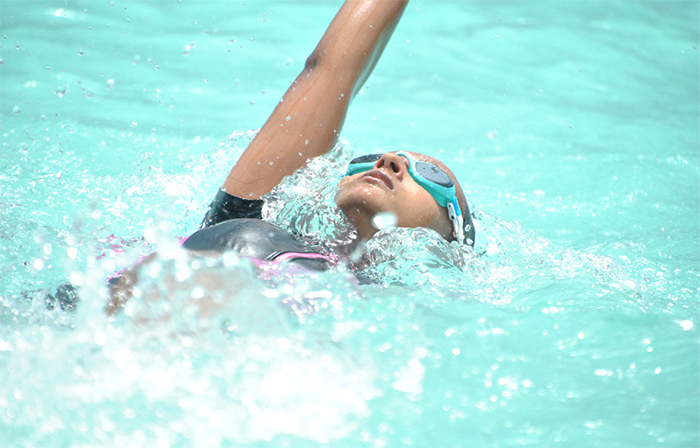 Meet Efrem Ghirmai, a swimmer who represented Eritrea at the 2020 Tokyo Olympics. He is the first swimmer who has hoisted the Eritrean flag at the open­ing ceremony of the Olympics. We had a brief meeting with Efrem and here are the excerpts.

I’m a 25 year old Eritrean swimmer and an educated sea captain. I was born and raised in Sweden from Eritrean parents, Ghirmai Zerai and Yirgalem Ghebrezhabiher. I’m going to get my first real job as a sea captain in seven days now as a first navigation officer. I’m also a swimmer who has participated at the 2020 Tokyo Olympics representing Eritrea in swimming for the first time. 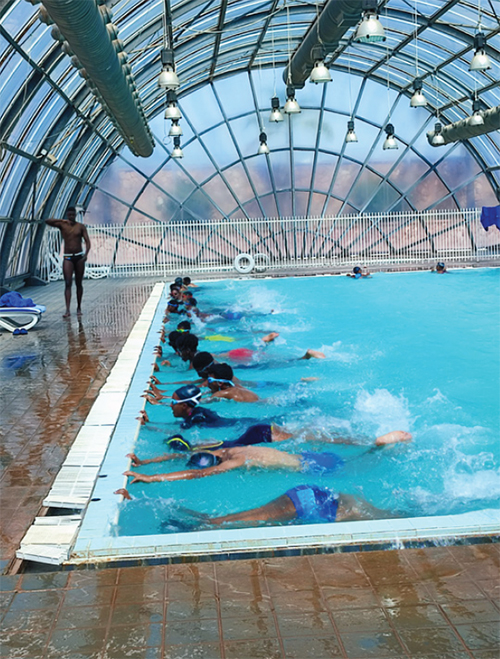 I actually was not passionate about swimming at all, I hated it when I was a kid. My parents actually encouraged me to swim and I wasn’t really good at it. I was more passionate about basketball and karate. But things somehow took a turn and I became so good, so much so that I won my first Swedish youth championship at age eleven. I had the age record for six or seven years when I was fourteen and won the Swedish junior championship at 20. So everything just went pretty good. But then on the later years, I took it more of a challenge to see how good I could be. I never thought that swimming could actually set me up in this kind of position where I can actually change somebody’s life, so that’s how I got the passion.

I was introduced to the sport when I was about five years old and started swimming at the local club. At the age of nine, my skill in swimming started growing tremendously and today I am among the best swimmers in the nation. Since then I have won several big titles. I have participated in a umber of national junior championships, national age records and national youth championships ranking in the top three.

In July 2019, I participated at the FINA World Championship in South Korea representing Eritrea. It was the first time Eritrea participated in international swimming competitions. Our participation in the world championship really helped for Eritrea to get recognition in this type of sport and opened a door for the Olympic Games. After that, in August 2019, I participated in the All African Games in Morocco along with other Eritrean swimmers, Daniel Christian, Dejen Beyene and Solomon Eyob. We trained so hard for about two weeks after we got the opportunity to participate in the All African Games. And last but not least, I participated at the 2020 Tokyo Olympics in the 50 meter freestyle.

Growing up, my parents have thought me about my country and the struggle that we went through to get our independence. I know how everyone has lost their family members in the war. So the least I could do for my country was to represent it in the Olympic Games. It’s both for my personal and my country’s achievement. 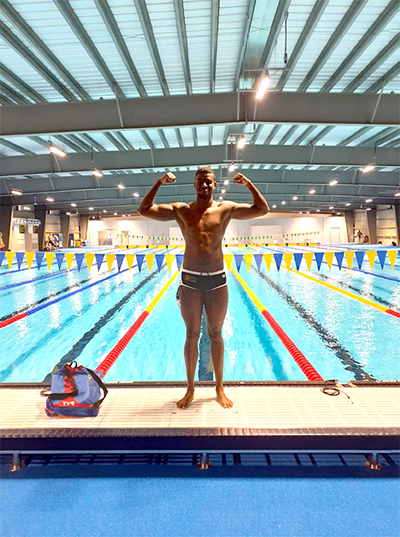 I can’t even tell you how excited I was. It’s hard to describe. I always wanted to extend my assistance to Eritrea in swimming projects, but to raise the flag of Eritrea at the biggest stage in sports is unbelievable. At the Olympics, the biggest honor is to win the Olympic gold, the second is to get the world record and the third is to be the flag bearer. It’s an open ceremony where all the countries, all the athletes and all sports are looking at, and that’s where you represent the flag. I represented Eritrea in front of 3 billion people watching, that’s just so amazing.

The Eritrean Swimming Federation and I have already begun to form a plan for swimming awareness in Eritrea. All the citizens of our beautiful country should have the opportunity to bond and enjoy the sea that we fought so hard for. Aquatic sports have been a forgotten sport in Africa, and I think we can be a role model for the rest of the continent, breaking the norm that “black people can’t swim”.

I see a huge potential in Eritrea and the Red Sea, and I believe very strongly that we must build up a culture evolving around maritime activities for future generations to pick up the development when we leave this earth. We need to bond with the ocean, laugh and do family activities on the beautiful shores of our Red Sea. 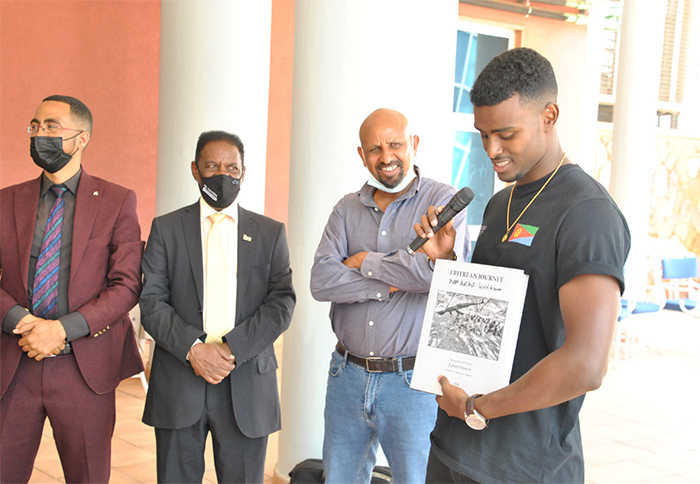 As I mentioned earlier, I wanted to do something for my country and this training gave me an opportunity to do so. Cooperating with the Eritrean Swimming Federation, I have been giving swimming training for 29 participants in different age groups for about a week. Besides, lifeguards and other swimming members of the hotel were given this training both theoretically and practically. Both genders in different age groups participated. It was a bit hard as I was training them all by myself and they were all in different levels and ages. I was aiming more on the techniques and brought my tools that are really important and helpful for the kids.

I want to make a difference by showing the world that Eritrea do have a range of different sportsmen in elite class. My ambition is to represent Eritrea in future Summer Olympic Games in swimming, a dream that has been in the process since 2014. I personally see the Olympics as a steppingstone to introduce not only aquatic sports to Eritrea but also the maritime culture overall. I think that we can have a chance to get in top level in triathlon, we should put our energy into it. I actually want to contribute a lot to this country and there are many Diasporas who want to do so but may be have some language barriers. I have met many youngsters willing to contribute with everything they can to make a difference for our people; this is our duty and the least we can do to show our appreciation for the ones who paved the way for us.