In Asmara it is the Culture that Protects You. 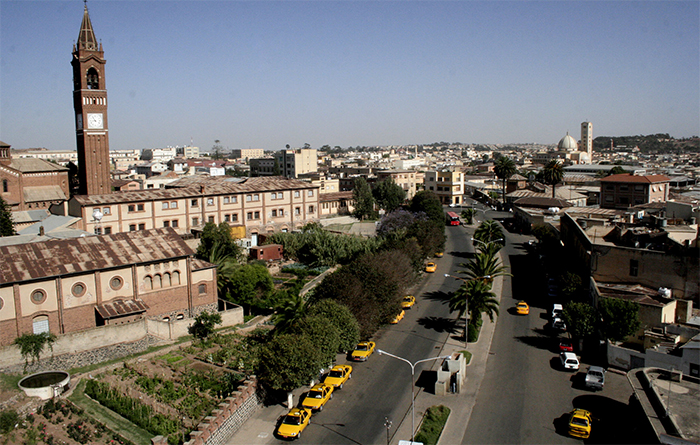 An old song about San Francisco goes like this: If you are going to San Francisco, be sure to wear some flowers in your hair, [because]….you are gonna meet some gentle people there, etc. Does the instruction still apply? The way the city has changed over the years, I don’t think so.

Asmara hasn’t changed much though. Asmara’s architectural landscape and concentration of iconic buildings – cinemas, apartment buildings, petrol stations, factories, churches, and public buildings – reflect the exemplary and innovative approach to the challenges of modern urban requirements in a highland African setting that have retained their integrity and authenticity through a protracted struggle for national liberation and duty to protect its sovereignty in the years after.

It has always been a peaceful town and it will continue to be so in the future. So when you come to Asmara, be sure to wear a smile on your face, because you will meet very hospitable people in the streets.

Do you know that at these days, most of the streets in big cities are unsafe for children? Some are kidnapped by pedophiles, others are snatched by human organ dealers, while others are whisked away and sold to work in slave camps owned by third-world industries.

These strange revelations were discussed while I was walking with a foreigner who was here on a working visit almost a month ago.

“You are lucky to have a city like Asmara where children can play in the streets or go about window-shopping at night with no grownups to accompany them,” he said.

Asmara has not yet been infected by the virus of decadence. Imagine old women getting up in the small hours of the morning to go to church unprotected. You hear the shuffle of their feet as they walk towards their sacred destination with nothing but a rosary in their hands and God’s trust in their heart. 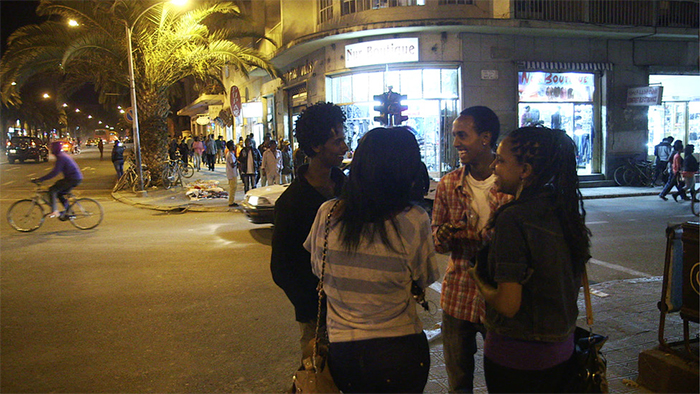 Now, the most unsafe quarters in any city are the slums or the semi-slums, where poor and disadvantaged live or try to live by all means possible. There you find desperate people for whom the only good tourist is a dead tourist with a fat wallet on his person.

On the contrary, the semi-slums of Asmara are inhabited by people with good intentions ready to help any wayfarer in distress as a brother. Honestly, they are some of the nicest people you will ever come across in your life.

They have decent culture developed over the years. They drink together, eat together, and accompany their departed neighbors to the graveyard together.

Asmara may be the only place in the world where a person who has taken one glass too many gets a free and friendly guide home from any passersby even at past midnight.

There are people who are tired of life and walk the streets of some countries’ cities at night for an easy dispatch to heaven. Someone has said that it is much safer to walk in the jungles of the Congo basin than in the streets of many cities around the world. At least in the jungle wild animals kill for food only, but in many metropolitan cities these days, people kill you just to watch you die.

In some countries, they stab you in the back for not tipping properly. In Europe, the targets are car radios or laptops. Some dismantle their car radios before they get out and lock the door for lunch.

In other places, there are people who roam by day dismantling cars unperturbed by police or their inner conscience. Once, a person parked his car near an apartment he rented and went off swaggering for a good afternoon nap. Some hours later, he heard a knock on the door.

“It is me from the car spare parts dealer shop.”

The person opened the door and what did he see? Behold in front of him stood a man holding a brand new metal door of a car. After inspecting the merchandise he told the dealer that he had no need for it at the moment. But the next morning when he marched towards his parked car to drive to his office, his heart stopped in mid-beating. There in front of him were the remains of his car its doors missing.

The Central Market in Asmara is filled with customers throughout the day. However what’s spectacular about the Central Market in Asmara is not necessarily the architecture of the place, but how the architecture, the culture, and the people mix. The buildings influence what you see, how you move, and the character of the city. Many will say that Harnet Ave. is the heart of Asmara. I contend that it is actually the area surrounding the Central Market, starting across from the entrance to Enda Mariam Cathedral and running westbound (also bordered by the Grand Mosque), which is the real hub of activity in Asmara. People walk in tight spaces shoulder to shoulder without having to worry about pickpockets because they barely exist.

Asmara is safer without police or militias than any other country has ever been. In Asmara, it is the culture that protects you not the police.

The Cheat Codes to Living a long life