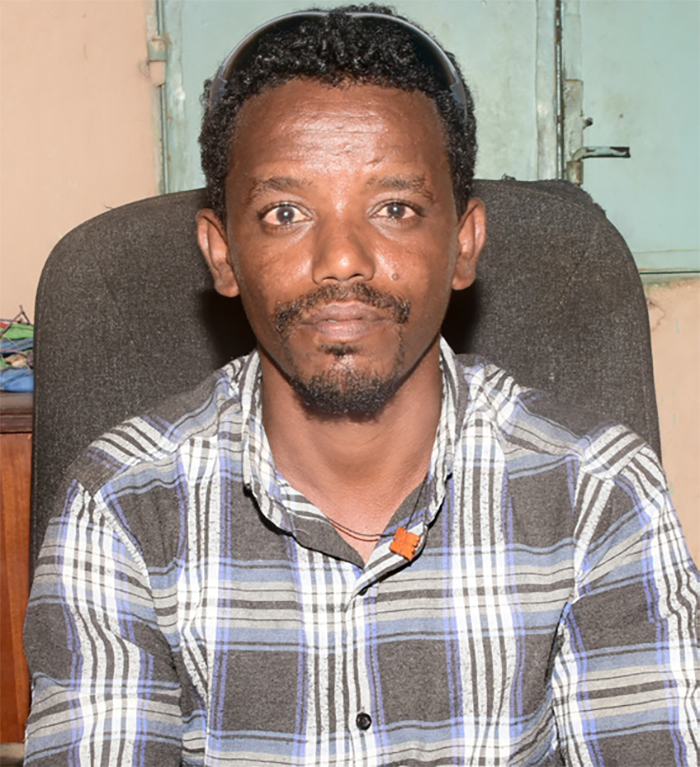 Tekombya is a town located in the upper Gash sub-zone of the Gash Barks Region in Eritrea. With a population of 1362 families from 8 different ethnic groups, the town is located some 48 kilometers from Barentu, the region’s capital. According to elders in the town, it was named after two Kunama words, Tekom, meaning hot, and Buya, water due to a spring that produced hot water in the region. Over the years, the town has experienced modest development to include a health center, 3 schools; 2 of which are joint elementary and junior; 1 high school and two preschools, and two administration zones.

Mr. Alem Ghebru, one of the earliest settlers of the town, reminisces on the early days when his parents settled in the area, over 60 years ago. He fondly remembers growing up as a 4-year-old and using the railway that extended all the way to Akordat for transport. He also says that back then, the area was home to a variety of wild animals and birds as a result of the Gash River which provides life to the zone.

Presently, the town is dotted with antique buildings that mark the Italian colonial legacy.

Over the past 30 years, the town has realized modest growth, rising from a village to a town with basic social services. According to the residents, although the border town had shown rapid development from 1991 to 1998, the first offensive impacted negatively on economic and social growth and development. Today, the communities in the town practice farming, herding, and commercial activities. To address development challenges, the government of the State of Eritrea has allocated 2 hectares per family for farming and provides a ready market for farm produce

The town has also seen substantial growth in the provision and access to healthcare services, rising from very limited services to a modern healthcare center that is equipped with 34 personnel and equipment to enhance health care. According to the Director of the Health Centre Mr. Berhe Weldetnsae, the health center continues to provide efficient services to address common challenges, thus reducing the need to travel long distances for treatment and care services. He adds that there is however need to upgrade healthcare as population growth demands additional service points. 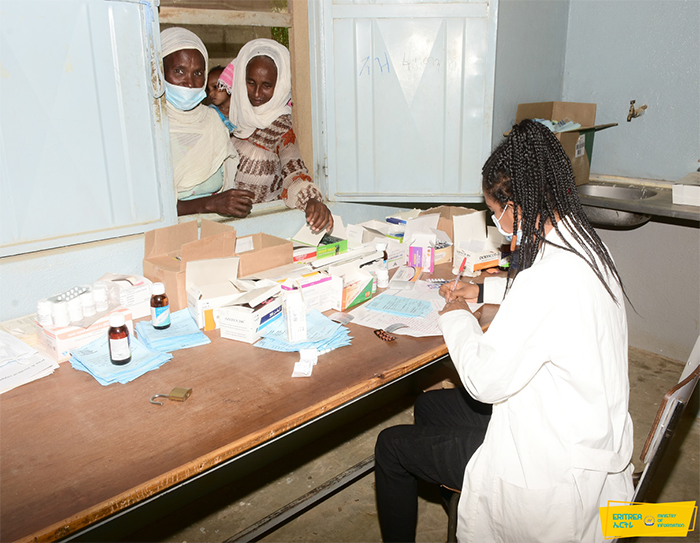 The common diseases in the town include feverous disease, Malaria, Ulcer, and given that the people are mostly engaged in farming and herding which seeks labor force, different types of injuries are very commonly treated health problems in the area. Moreover, diarrhea and the common cold are also among the most common diseases. It is crystal clear that all the common diseases in the town are related to the location and activities of the people in general. As a place that Is surrounded by rivers, Tekombya like many other towns in the area is prone to Malaria surges but the town has managed well until now. After inquiring about the success, the people say that it is the constant strive of the healthcare givers and the cooperation of the people with the health guidelines that have helped the system so far.

Mr. Berhe notes that the health center is focused on offering preventive services to address diseases such as malaria which is endemic to the region due to the nearby water sources. Indeed, because of the concrete efforts, the health center is rated well on malaria prevention and maternal and child healthcare. In 2019, reports indicate that at least 98% of pregnant mothers in the region accessed prenatal and antenatal clinics while vaccination coverage has been rated at 100%. The health center has also been at the forefront to raise awareness on Female Genital Mutilation (FGM) and underage marriage. Other scorecards include the 2018 declaration of Tekombya as an Open Defecation Free zone due to concerted environmental sanitation campaigns

Mr. Alem notes that is hopeful that the town will get better as days go by and is looking forward to the advancement that time brings their way in all sectors.

In Asmara it is the Culture that Protects You.