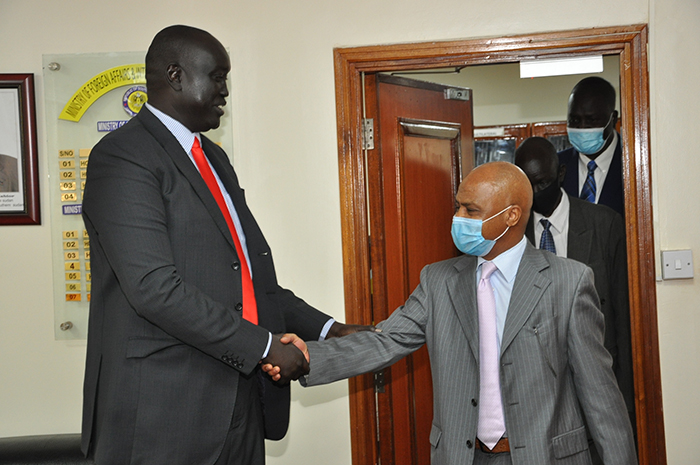 The two sides discussed the significance of the implementation of the bilateral agreement and the understandings reached by the two countries in developing bilateral relations and cooperation. 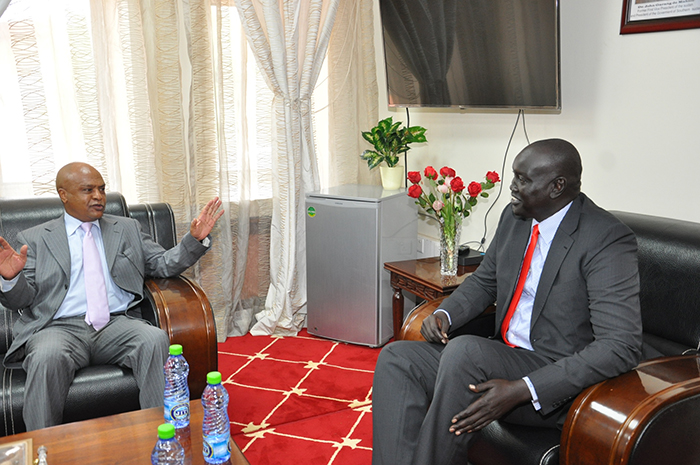 Indicating that the mutual understanding created between the two countries will have a significant contribution to the realization of peace and stability in the region, Ambassador Yohannes expressed the readiness of Eritrea to that effect.

Ambassador Yohannes also indicated the initiative being taken by the Eritrean Embassy and community in South Sudan to support the South Sudanese victims of natural calamities and conflicts.

Commending the overall support by the people and Government of Eritrea, Mr. Mayiik Ayii Deng expressed conviction to work for the implementation of the agreement reached between Eritrea and South Sudan.