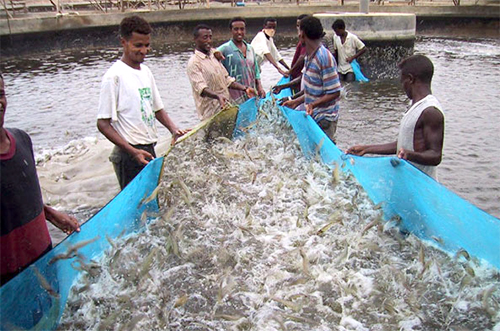 The construction of small, medium and large dams and other structures for holding water have been going on in the Maekel region for many years now. Around 120 such structures have been made, and 33 dams are now serving as freshwater fish farms.

To raise the awareness of the society about the benefits of fish, the Ministry of Marine Resources has been working relentlessly to use dams as fish farms. For the last couple of years, it has been engaged in the breeding of freshwater fish in the dams at Maekel region, and, as a result, the communities that live around such dams have adopted the habit of eating fish.

The Ministry of Marine Resources did its periodic evaluation of the dams and the inbreeding of freshwater fish on the 7th of September. In his speech at the opening of the evaluation session, Mr. Essaw Tikue, Central region head of marine resources, underlined the role the dams are playing in the development of the nation by providing drinking water to people and farm animals and water for farms and by serving as freshwater fish farms.

The small scale freshwater fish farms are giving people in rural areas that are far from the sea an opportunity to have fish in their diet. The communities are sensitized about the nutritional benefits of fish and ways of cook it to encourage them to consume fish.

The practice of breeding freshwater fish has opened job opportunities to many who are given assistance by the authorities. They are given small boats and fishing tools to be able to fish from dams near their villages.

The distribution of freshwater fish was initiated in 1992 although it did not take off. By the year 2008, however, following the formation of the Ministry of Marine Resources’ branch at Maekel region, the inbreeding of the fish was restarted but did not have promising outcomes. After identifying the problem, it was decided to restart fish farms as a pilot project which is now giving encouraging results. If the result is sustained, the plan is to use the remaining dams in Maekel region as fish farms for the benefit of the people and nation. 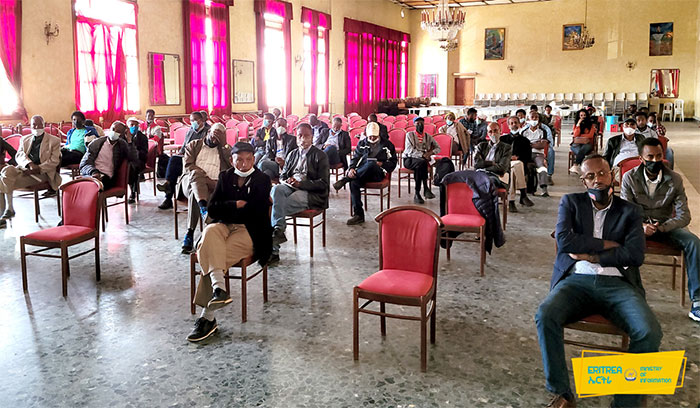 As part of the pilot project, a total of 77 families divided into four groups are working as fishermen in the dams of Mai- Nefhi, Adi-Shaka, Hayelo and Tseazega. The families are given training on how to fish and how to use the tools of fishing. The groups have formed cooperatives and are working to harvest fish for themselves and their communities. Each group is subdivided into two — fishermen and fish breeders.

The subgroups of fishermen are run by men while women are in charge of breeders. Each group has been given fishing and breeding tools worth 12 thousand dollars and owns a boat, fishing nets, baskets and safety jackets. 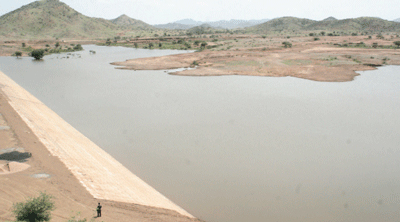 Many communities in Eritrea, especially those that live on the highlands, are said to have limited knowledge about the benefits of fish and they hardly eat fish. Therefore, to raise people’s awareness about the benefits of fish both for consumption and for local and international markets, the Ministry of Marine Resources has been promoting the practice of using water dams as freshwater fish farms.

At the evaluation session held by the Ministry of Marine Resources it has been made clear that the construction of water dams the freshwater fish farming project will continue to encourage people to engage in breeding fish and fishing. Questions on how to have long-lasting dams and satisfactory growth of the freshwater fish were also raised at the session. The government is working to provide fish at affordable prices, and people should understand the importance of fish for a healthier lifestyle and for economic growth.

Developing China and Benefiting the World