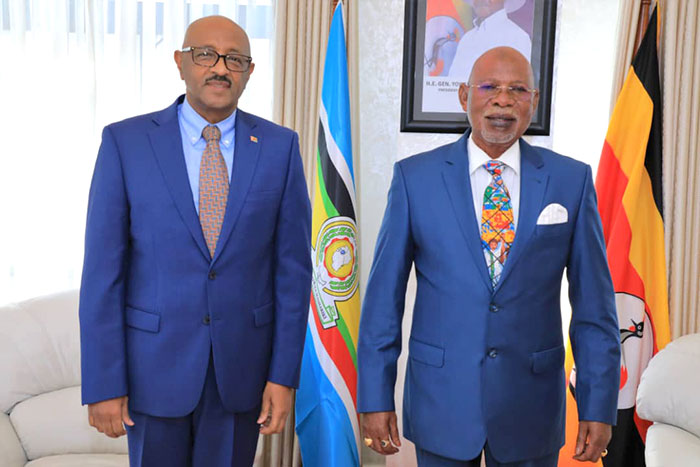 At the meeting held in Kampala, Ambassador Mohammed and Foreign Minister Gen. Abubakar Odongo Jeje commending the progress of the relations between Eritrea and Uganda, agreed to further consolidate the bilateral ties.

The two sides also discussed and exchanged views on the regional and global development of interest to the two countries, particularly developments in the Horn of Africa.