“I Truly believe YPFDJ is a Booster for Eritrean Public diplomacy”, Berhane Semere 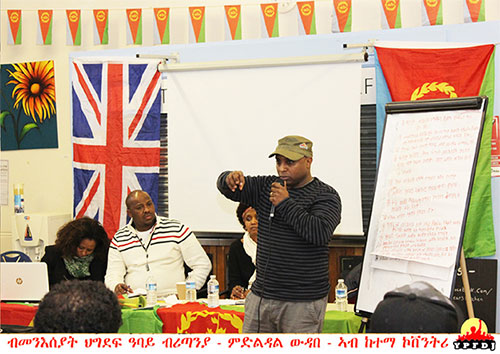 Berhane is a patriot whose dedication and contribution to the Eritrean community in London is one of a kind. A leader of the YPFDJ, he designed the now famous logo of YPFDJ. He firmly believes in the effect of soft power and has consistently been working to fight against the misconstrued representation of Eritrea by the international community. Berhane is also a singer striving to infuse different genres of music into Eritrean traditional music. His community refers to him as “the voice of the community”. Here is the journey of a man who is part of a great history.

Welcome back to Eritrea. Please introduce yourself to our readers?

Thank you! My name is Berhane Semere. I was born and raised in Asmara and then moved to London when I was a teenager. I have been living in London for almost 27 years. I had a diploma in graphic design and was working on it when I came across a course called designing city and architectural planning. Currently I am working for my master’s degree in it. I am also a part time singer and the chairman of eight YPFDJ chapters in the United Kingdom. Sometimes I give virtual lectures on Photoshop. I also serve as the host for Meadna YouTube channel.

It is widely believed that people who participate in everything never excel in anything, but you’ve proved that wrong; how do you do that?

Honestly it is hard to juggle everything and I have to sacrifice something now and then. But I have a lot of passion for the things I do, especially the ones that are related to Eritrea such as public diplomacy in the media. 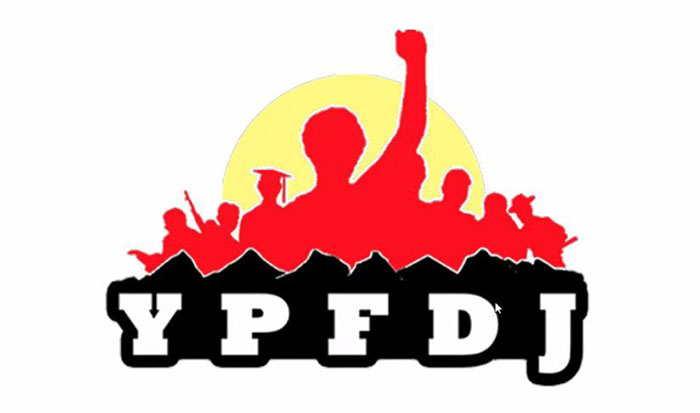 You were part of the history that happened during the Eritrea- Ethiopia border war. Tell us about it?

The history happened in 2000. A couple of my friends and I were participating in the parliament debates mainly to lobby some officials in order to raise awareness about the war. While doing that I somehow heard that the Ethiopians in London were going to have a demonstration the next day. So we urgently had as meeting and I convinced the Eritrean community that we needed to have a counter attack, and the community did not fail me. So we printed posters all night and went to have our own protest. The protest went on for seven days, we blocked the road it was on every news station. The more people heard about it the more they came to participate. I was imprisoned on the spot but was let go after several hours. It was an effective demonstration because it made our cause and Eritreans as a people more visible to the world. This event is covered in a book called Mekete.

What pushed you to go into graphic design?

As a kid I used to love to paint, and I like art in general. When the opportunity came to study graphic design I was so pleased. After studying graphic design I went on to design many posters emphasizing on the activities of the Eritrean diaspora such as fund raising events, cycling festivals, Independence Day celebrations and commemorations of Martyrs Day as well as magazine and calendars. I also design logo; the famous one is the one I did with the YPFDJ.

Your engagement with the YPFDJ is undeniable; so tell us the role of YPFDJ in the London community? 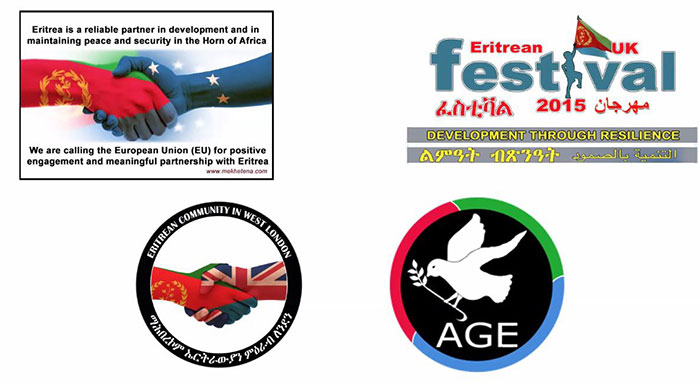 Let’s talk about your music? 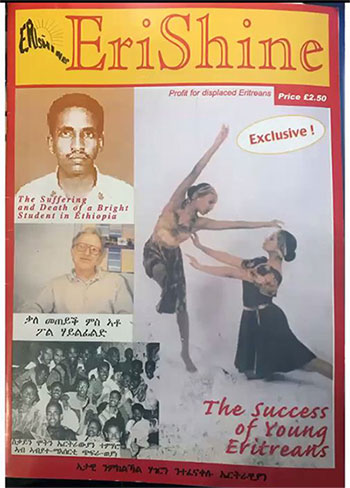 Music is a great part of my life. I have not got the chance to do it full time yet, but I do try to include it in every aspect of my work. So far I have released eight singles; many of them refer to Eritrea’s current situation. I like collaborating and modernizing our traditional music. I write most of my lyrics and also produce melodies. Since I have a lot of passion for music I did interview some of the famous Eritrean singers on Maedna YouTube channel during the early stages of Covid- 19.

What is aired on Meadna?

Meadna, as a website , started in 2004, and its main content was information of the activities of the diaspora community. It was quite well known and served the London community and others. As a YouTube channel it airs all the activities of the community, virtual discussion aimed at raising awareness about mass migration, updates on covid-19 vaccination as well as entertaining programs such as interviews of famous singers.

We are living in a war of narratives. So what I want to accomplish is to spread the message that negative press is a fact of life, and the best way to combat negative online press is to increase positive online press. Also, with the help of the Eritrean community I want to create a satellite television station. I have no doubt it will be accomplished soon because the diaspora community is not the type of community to say no to anything related to its nation.

To Young talents “…Keep Learning, Be Patient, and Change Your Desire into Reality”