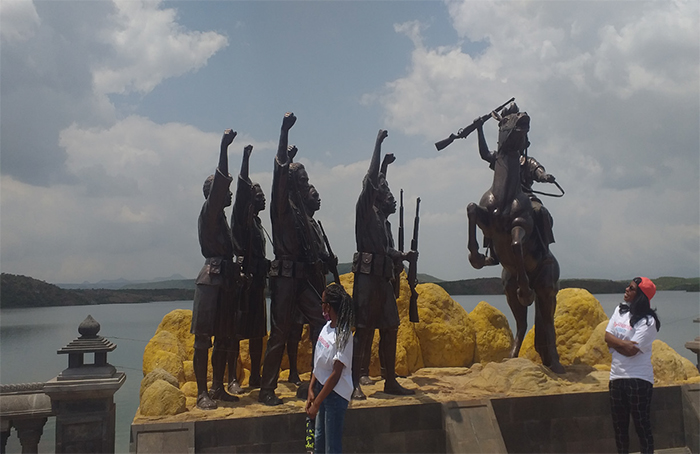 When I first watched the Hollywood-produced movie, ‘Girls’ Trip’, I and many friends of mine were convinced that if we ever get to organize a trip, the only way to do it was the same as it was portrayed in the movie. Recently though, I had the chance to take part in a trip organized by the National Union of Eritrean Women (NUEW), which ultimately made me believe that the Eritrean way of girls’ trip is more meaningful and memorable.

Eritrea is a nation known for its hard-earned independence and its policy of self-reliance. For many years, its path to development has been halted by different circumstances and its policy of self-reliance was always debatable, yet it never failed to showcase the result of its fortitude and that trip was the reflection of that policy and the final answer to the debate.

The trip began from the NUEW headquarters in Asmara with 30 members who are part of a program called equality of gender. The first destination of the trip was Halhale Agricultural Dairy Farm. Mr. Tekle Legese, production manager of dairy and dairy products gave us a tour of the farm and introduced us to the pilot project in a detailed manner. The project was initiated targeting various objectives that are aimed at introducing advanced dairy processing systems to the country, supplying quality and cost-effective products in addition to exporting dairy and dairy products to foreign markets.

What has been achieved so far is commendable which can be seen from the modern milking machines that have a capacity of milking 60 cows at a time, which in turn is expected to ease challenges of milking and creating comfort, and bringing about much productivity. The milking machine is very advanced and is managed with chips and transponders which helps in uniquely identifying cows that are in heat, that is sick, and thus under veterinary treatment as well as in testing viscidity of the milk, and above all unregistered cows would not be milked by the machine.

The milk is tested for its quality and goes to the processing machine. While the infrastructural capacity has been expanded to accommodate more and more dairy cows, the center has also been empowered with human resources and is now ready to be expanded to other areas of the country. Besides, more graduates have gained the required technical know-how that enables them to run similar projects independently. The manure of the dairy cows is daily collected and used as compost to give additional fertility to the animal feed farms in Halhale and Adi-halo as well as Adi-Guadad.

The next destination was to Mslam Dam, located in the village of Gergera. The area around the dam is known for its beautiful scenery and marble statues depicting the story of the revolutionary struggle of Eritrea, which makes you realize the importance of our armed struggle and how far we have come and accomplished.

After Gergera, we headed to Mendefera sub-zone, where we enjoyed a warm welcome by the NUEW branch there and according to the program they planned we were directed to head to the sanitary pad factory. When we reached the factory, we were briefed by Mr. Daniel Habte, an electrical engineer and machine operator at the factory. He began his briefing by explaining how the pad factory was formed and its development till now.

The first Eritrean sanitary pad factory was formed in the early 1970s at a place called Fah by the Eritrean People’s Liberation Front (EPLF) during the armed struggle with special help from Eritrean women in Italy and a special purpose of supplying the female fighters. After independence, the machine was brought to Mendefera and has been functioning till recent years, and with the help of the Eritrean women living in Italy, the factory was later equipped with new and upgraded machines. Also, the quality of the product has been standardized with the international market thanks to the introduction of the new machines. 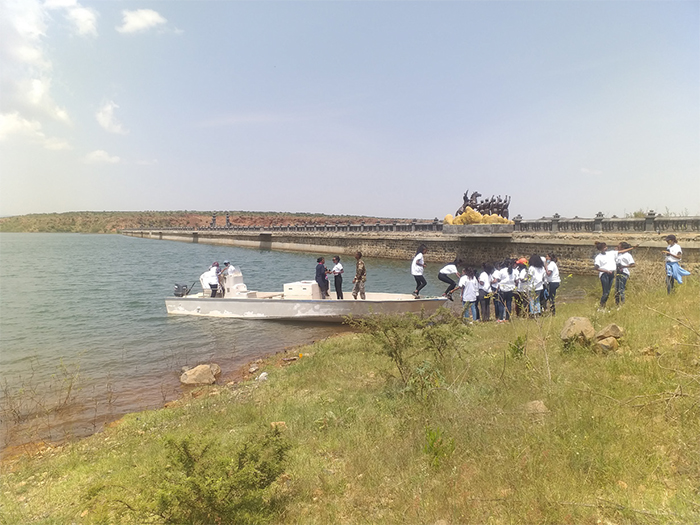 The final destination was a tour to the beautiful building headquarters of the NUEW branch in the region and by the end of the day, the members of the equality of gender program shared their experience with the members of Mendefera NUEW.

In the words of the equality of gender program members: Lidya Amanuel, the political science graduate, currently working at the ministry of foreign affairs stated that she has been a member of that program since 2019, and added, “The main goal of the program is to empower women, conduct research on the main problems of women and enlighten the younger generation on the life of different working women in different ministries. However, this trip was organized to broaden our knowledge on the development of our nation”.

The trip was refreshing and to actually witness what I always watched on the media was fascinating, especially the fact that the park was designed and constructed by local experts made me proud. The new sanitary pad factory gave me hope for a cheaper product. Overall the trip gave me a glimpse of our country’s path for development. Hence, I advise organizations, groups, and even friends to head on this eye-opening trip.