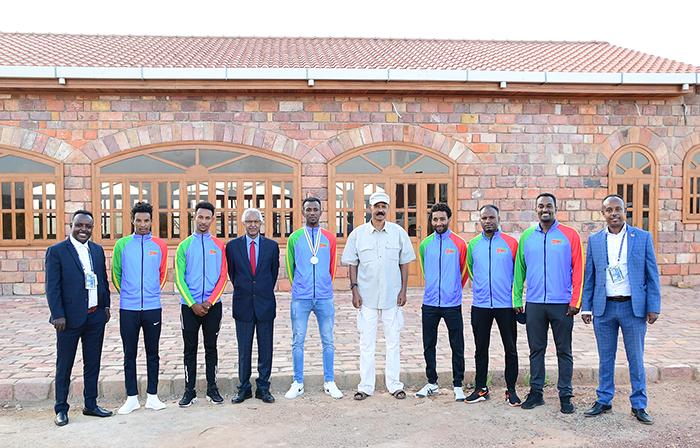 At the occasion convened in Adi-Halo in the morning hours of today, President Isaias congratulated the national team said that the stellar result registered reflects the potential of the country in all fields of sports as well as honor to the people and country.

President Isaias also announced the allocation of 15 million Nakfa by the Government for the development of sports in the country as well as for the encouragement of the team members.

Noting that the victory gained attests to the capacity Eritrea has developed at the international level, Ambassador Zemede Tekle, Commissioner of Culture and Sports, commended the national team for the outstanding performance they demonstrated in the competition. 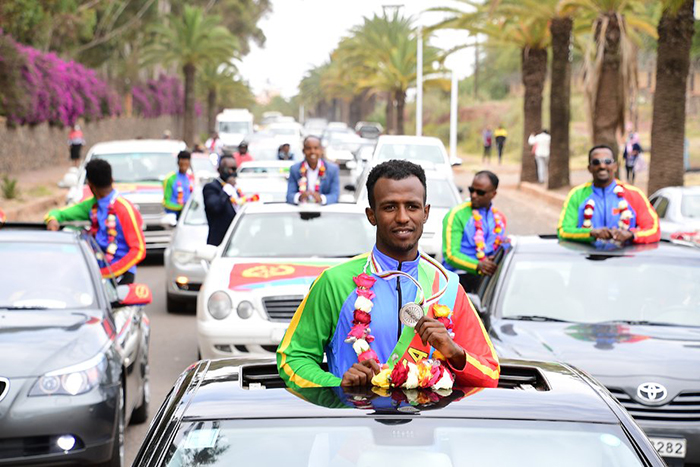 The Eritrean National Cycling Team that participated at the World Cycling Championship 2021comprises 9 cyclists including 3 females and has become the winner of Silver Medal in under 23 competition through Professional Cyclist Biniam Ghirmay.