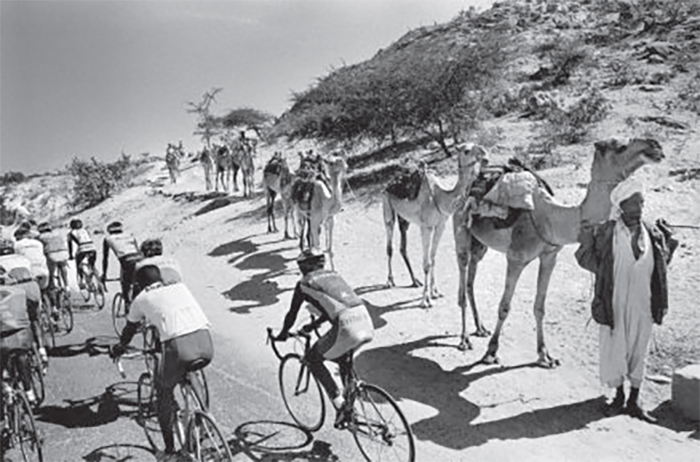 When 21-year-old professional cyclist Biniam Ghirmay beat world athletes in the under-23 men’s road race in Belgium to become the first black African to win a medal in the world championship, Eritreans were flooded with pride. The pride has been extensively written and talked about in the media, on the streets, and in tearooms. Throughout history sport and national identity have been inseparably linked. A national team or an individual athlete in international arenas represents an entire nation and gives pride to members of their nation.

On Saturday, 9 October, President Issaias Afwerki received the victorious national cycling team in Adi Halo and on behalf of the Government donated 15 million Nakfa for the development of the sport. At the welcoming ceremony, President Issaias congratulated the team and described their victory as “a pride to the people and nation.” The colorful welcoming celebration was a clear sign of excitement and pride felt by Eritreans. Upon arrival at Asmara International Airport, the national team was accorded a warm welcome by sports officials and athletes, and it was greeted and applauded by thousands of people lining the main streets of Asmara as the national team’s motorcade passed by. 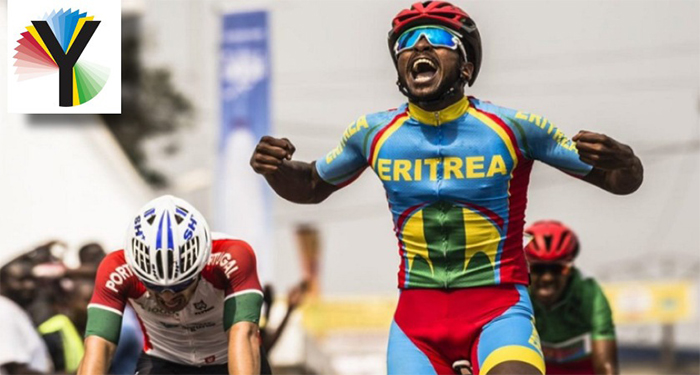 Eritrea, a young developing country, has been making major strides in cycling. It has produced world-class athletes who have won world championships and wore King of the Mountain jersey in the Tour de France. It has been able to showcase its potential in sport. The recent outstanding victory has received the attention of commentators and news outlets. In his article titled ‘Biniam Girmay: World’s silver is for Eritrea and for Africa,’ Patrick Fletcher wrote that “Biniam Girmay hailed a landmark moment for Eritrea and all of Africa after winning the silver medal in the U23 men’s road race at the UCI Road World Championships.” Biniam Ghirmay is the first black African to podium at the cycling world championships. In another article titled ‘Biniam Girmay: A black African rider will win a Grand Tour stage soon,’ Alessandro Poggi wrote that “The 21-year-old sprinted to silver in the under-23 men’s road race at the world’s championship in Belgium to become the first black African to win a medal in the competition and cement Eritrea’s reputation as Africa’s leading cycling nation.”

Alessandro Poggi’s opinion that Eritrea is maintaining its reputation as Africa’s leading cycling nation is a good observation. Through the victory in the world championship, Eritrea has also been able to showcase its overall national stature. Tesfaldet Mebrahtu, a sports journalist of Hadas Ertra, also wrote an illuminating article titled ‘Biniam will return to Asmara on Saturday with his silver medal’ in the Tigrinya newspaper. He wrote “only nine countries, including Eritrea, have received the Gold and Silver medals. Generally, there have been 33 medals (gold, silver, and copper) that have been won by 14 countries: Eritrea from Africa, the USA from North America, Australia from Oceania and eleven countries from Europe.” Many Eritreans living in Europe traveled to Belgium to give their support to the Eritrean Cycling team. Biniam acknowledged the contribution of the Eritrean fans by saying “Listening to the encouraging voices of Eritreans and seeing them waving our national flag is a big deal.” 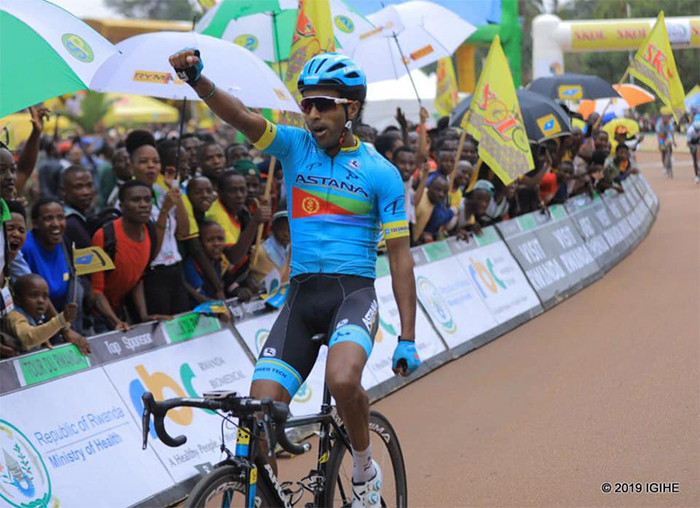 Sport has been described as a valuable means and an alternative medium to showcase a country’s national identity. In this sense, the national team of Eritrea symbolizes the whole country and through their excellence, the athletes demonstrate the nation’s pride. The national team, in general, and Biniam, in particular, have made history for Eritreans and Africans as a whole. In the post-race press conference, Biniam said, “This means a lot for me, for my nation and for Africa…I am really happy. I am really proud of my nation, so I say congrats to all Eritreans and also to all Africans.”

Sport is at par with public diplomacy. Public diplomacy seeks to promote the national interest of a country by informing and influencing foreign audiences. In Eritrea, where public diplomacy has an equal weight with formal or traditional diplomacy, many activities that seek to advance the interests of Eritrea are undertaken by individual Eritreans and organizations. Sport can serve as a means of correcting misconceptions and creating positive perceptions about Eritrea. In this sense, sport is a public good and its development is crucial for the development of the country.

Through sports, Eritrea will have an opportunity to win in the battle for hearts and minds. For this reason, the Government has been taking various initiatives to develop and manage sports better at the national level. Currently, sport is administered under the auspices of the Commission of Culture and Sport. Acknowledging the huge potential of sports to contribute toward peace, diplomacy, and development, Eritrea is participating in various regional, continental and international contests. 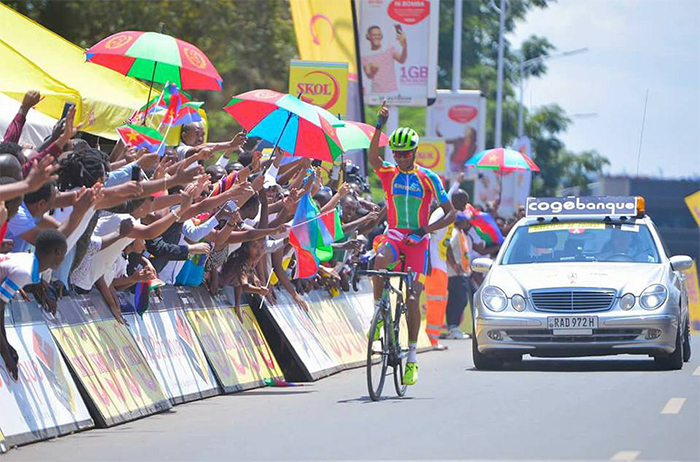 Today, there exists a strong acceptance of sports as an important enabler of sustainable development. For example, Sport for Development and Peace (SDP) has emerged as an important sector of international development. This initiative with strong interest and a commitment to continue using sport as a unique tool to support the Sustainable Development Goals (SDGs) is gaining the attention of planners and decision-makers. Many countries have recognized sports’ growing contribution to the development and tend to integrate sports in the framework of achieving SDGs. They recognize the growing contribution of sport for the realization of development and peace, promotion of tolerance and respect, and the empowerment of young people. In Eritrea, sports can serve as a new engine in advancing various dimensions of development.

Cycling is a popular means of transportation in Eritrea and contributes to sustainable livelihoods, a better environment, improved health, and overall improvement in the quality of life of Eritreans. Cycling is popular and the pathways to the professional ranks are widening from time to time. In Eritrea, cycling is a game, sports activity, and culture. The American cycling coach, Jock Boyer, has once said “Eritrea is the only African country that has such deep roots in cycling. It’s a deep-seated culture. Every young kid in the country has tried cycling to see if they can make it onto a team. They’re highly motivated and dedicated.” Eritrea proved itself as a cycling giant nation. Eritrean riders have reached a peak to become champions at international grand tours.