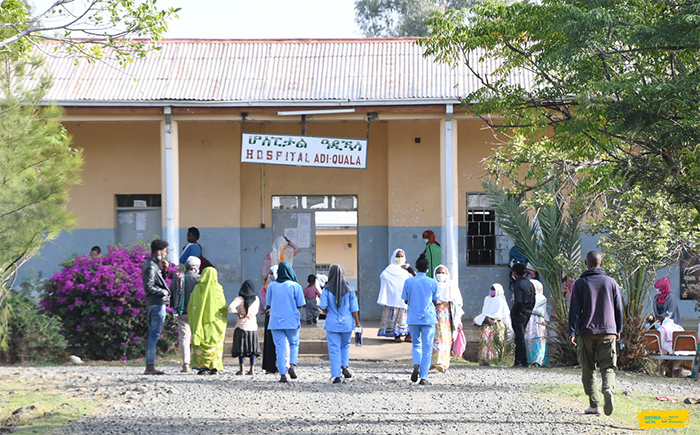 There are about 160 health professionals in the sub-zone, including doctors, nurses and laboratory technicians. In terms of services, the system has an optical center, infant care center, X-ray department(radiology), laboratory, pharmacy, a branch of blood bank and operation (OR) department.

There are four ambulances in the subzone, three at the hospital in Adi Kuala and one at the community hospital in Awha. The ambulances’ services have been very important in reducing the death rate in the sub-zone as patients in critical conditions could now be taken fast to health care facilities.

In terms of the prevalence of diseases, upper respiratory diseases and diarrhea are the most common in children while in adults, stomach ulcers and urinary problems prevail. As in many developing countries, communicable diseases are also common in the sub-zone, both in children and adults. The intensity and seasonal variation of the cases are constantly investigated by the Ministry of Health (MoH) in cooperation with World Health Organization (WHO) and proper measures are taken to alleviate the diseases’ effects on society.

Malaria is one of the most prevalent diseases in the sub-zone. According to Dr. Tedros Tekle , the representative of MoH in the subzone, the sub-zone is one of the two sub-zones in the whole country where malaria is most common. Cases of malaria have greatly declined over the years, with no deaths in the past two years, because of the ongoing prevention campaigns, treatments and dedication of the health system in the sub-zone.

One major concern of healthcare in Adi Kuala sub-zone is the issue of migratory diseases. The healthcare system has a department that is dedicated to such diseases. Dr. Tedros said their work is mostly preventive but if they are faced with migratory diseases, the concerned bodies in the sub-zone work to curb the spread to other parts of the society.

Healthcare interventions are carried out on three levels in accordance with the strategic guidelines of the MoH.

The first is awareness-raising campaigns which include regular campaigns at different intervals, varying from daily lectures to large-scale community meetings in health centers. Moreover, the healthcare system in the sub-zone has allocated sessions in official administration seminars in order to address ongoing health issues as they arise. Most of the campaigns are focused on prevention strategies, hygienic practices, abolition of open defecation and information on emerging seasonal, migratory and other diseases. Then comes the stage of treatment when people are diagnosed and treated locally. But patients with severe ailments are referred to either Mendefera, the Southern region’s capital, or Asmara. The third and final stage refers to the rehabilitation operation when specialized professionals organize sessions with patients and work on their post-treatment follow-ups to ensure proper healing. 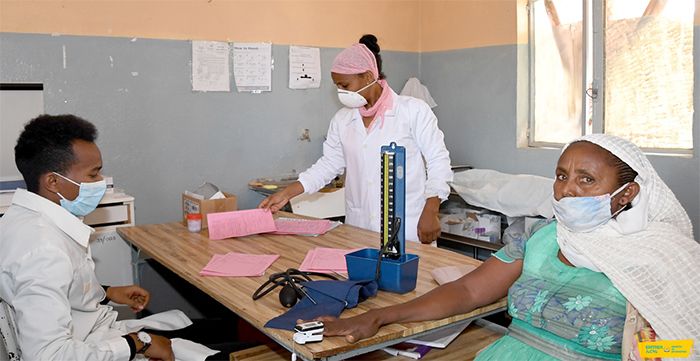 For example, the journey to declaring ODF (Open Defecation Free) area that started in 2007 has been more solidly pursued since 2019 and now more than half of the villages in the sub-zone have declared ODF and many are expected to declare shortly. This has contributed a lot toward the reduction in the frequency of deaths due to communicable diseases. It has also helped decrease many skins, internal, digestive and sanitation-related diseases.

A sign that shows that the campaigns have been successful is people’s increased awareness of Sexually Transmitted Diseases (STDs), especially HIV. Dr. Tedros said that new HIV infections is now at its lowest rate as the number of voluntary tests increase. For people with HIV, constant monitoring and follow-up is done and the MoH encourages constant medical follow-up and treatment.

One of the areas in which the health sector of Adi Kuala sub-zone has been very successful is vaccination. There are scheduled vaccination programs that extend to the hard-to-reach areas of the sub-zone. So far the rate of vaccination in the area is more than 100%. The Polio vaccination that took place in June in the sub-zone, like other places in the rest of Eritrea, was rendered successful. Though it has been years since Eritrea was declared free of polio the vaccination had to be administered because cases were seen in neighboring countries.

According to Dr. Tedros, the sub-zone is long known for its maternal and infant health care and its waiting rooms for pregnant women. Pregnant women from all over the sub-zone and other sub-zones wait for delivery in Adi Kuala or the three other health facilities. Pregnant women with possible delivery complications are made to stay in the waiting rooms, and this has resulted in a tremendous reduction in the number of maternal mortality and abortion. Pregnant women are now more engaged with the health facilities and deliver at health centers with the aid of medical professionals. Moreover, infantile health has improved lately because an infant care center was established in 2020.

Dr. Tedros said that although they need to work to improve, so far the healthcare system in the sub-zone has not come across challenges that could hinder the delivery of health care service to the people.

“Our actions are our future. Better production, better nutrition, a better environment, and a better life”