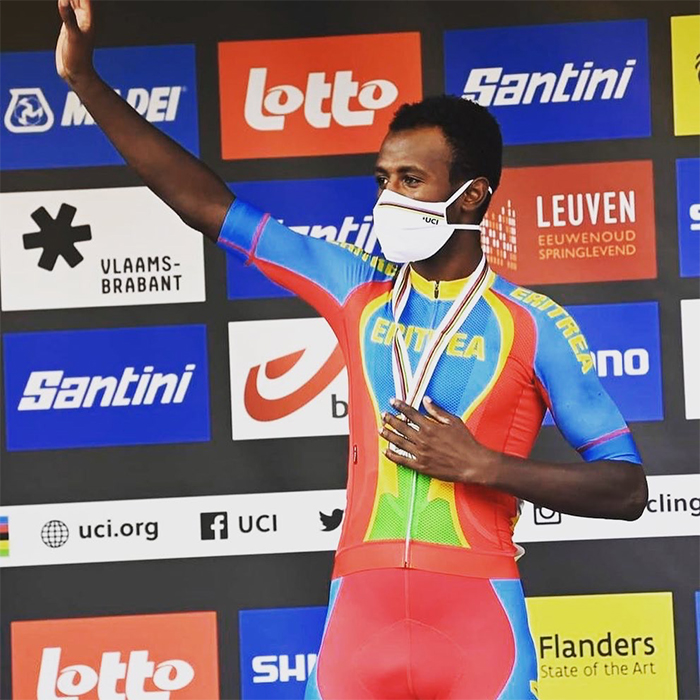 Meet Biniam Ghirmay, a 22 years old Eritrean cyclist who won a silver medal at the World Cycling Championship of 2021, the first black African to have ever won at the competition.

The pleasure is mine, thank you. born and raised in Ghejeret, Asmara. I started my cycling competition in 2013 and have been practicing and competing ever since. I joined the cycling club Asbeko in 2015 and stayed there for three years until 2018. I then got a scholarship to UCI in 2018 and continued my professional journey.

They definitely boosted my confidence and my hope. I said to myself that if I could compete with big stars and champions and beat them, then I felt I would definitely be a champion. My participation in small and big competitions made me believe more in myself and helped me concentrate and focus more on the world championship.

I clearly remember discussing this with my team last year. We were basically just saying, “If we can keep on moving like this, why not then?” We were hopeful and determined that we could be like the champions. Winning is obviously the wish of every sportsman, but I kept on pushing myself more to at least be in the top five categories. So I was expecting it as I was determined to be at the top.

I’d say the challenging part was the last ten kilometers. Those who positioned themselves at the front for the last ten kilometers were able to finish first. The last one kilometer was the most crucial. It’s usually easier if it’s a straight way as you won’t even need to push one another. But it won’t be easy if the road has so many curves because you can’t all turn at once at the curves as you might end up falling. I was first when we had only one kilometer to get to the finish line, but at the 500-meter mark, there was a left turn we had to make where I bumped into another cyclist and finished second. I then had to take more risk in the last 300 meters to get the medal. 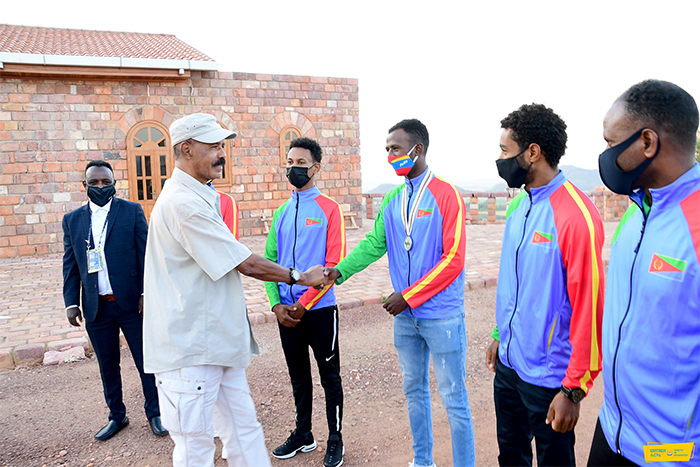 Yes, Eritrean cyclists are known as climbers. But I think I was able to be good at sprinting because I focused on it a lot. When I first went to UCI, they evaluated my performance and saw that I was good at sprinting. It has been almost four years since I started working particularly on sprint. I’ve focused more on sprint and started working on it from the very beginning.

The first reason I joined Intermarche was because it is a club known for sprinting. So, as a sprinter, I feel it is probably the team I need. I figured my chances of being successful are high with that club. And also it’s a club that races in the World Tour category. Clubs that compete in the World Tour category are at the top in terms of their finance, their athletes, and everything else. So I made a contract to stay with that club for three and a half years, until 2024.

I think so. It’s the first medal to be won by a black African at one of the biggest cycling competitions in the world. I think it will make them believe in me more. I’m not saying they don’t because when they first choose you, they obviously see potential in you and are willing to work with you. But this achievement is helping me move a step, and I think they, too, see it.

This is not only my achievement; my club and teammates have helped me a lot. There are, of course, sacrifices that you have to make to reach your goal and get better and better. I’ve worked and practiced nonstop and that has helped me make progress. You can always be great if you put a lot of effort into what you are doing. 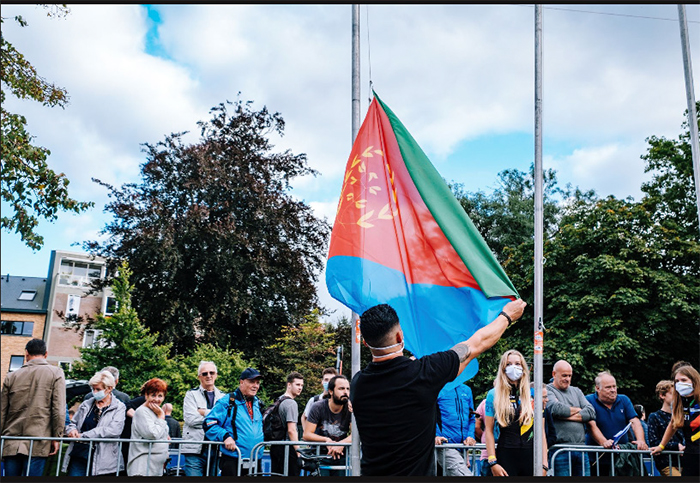 To be honest, I wasn’t a big cycling fan at the beginning. I started to get curious when my brother bought a bicycle as it was different from the ordinary bicycles I usually saw. Also, Eritrean cyclists started to become famous and more successful around 2012 and 2013, which added up to my excitement. And I have been in love with cycling ever since. My father was happy as he was a fan and bought me a bike for 250 thousand Nakfa. I was so shocked and kind of nervous when I heard that. But I was also determined more to make my father proud and show him that it was worth it.

I’m honestly so happy to have a career and a family of my own at a young age. I don’t have any family pressure as we are always supporting each other. My family even keeps on pushing me to focus on my career. I have their support and that’s enough. If you are open-minded, there’s nothing that can stop you from being whoever you want to be, even if it means doing multiple things. I’m able to provide the necessities for my family.

I’m so thankful for the support of my family and friends. Their support means a lot. I’m also grateful to my team and my club. I hope to have more success and make my people and my country proud.