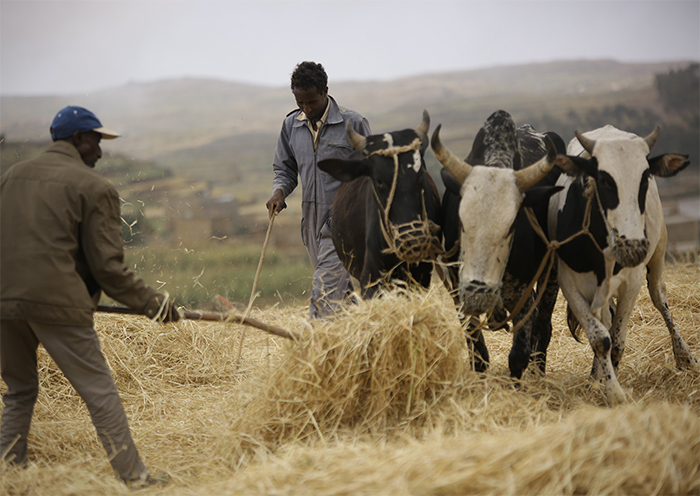 In an attempt to remedy the destructive use of land through overgrazing, overuse of resources, deforestation, and inefficient land tenure system and agricultural practices over an extended period of time in Eritrea, the Ministry of Land, Water and Environment (MLWE) introduced Sustainable Land Management (SLM) in 2012.

SLM was piloted in Serejeka sub-zone, Central region, in 2012 to test a land management system that focuses on Xlmi which is believed to be efficient. Xlmi is a system that allows a household to hold onto farmland for a lifetime. As land allocated this way is passed down from generation to generation as a family property, farmers are motivated to invest in the land.

Dessa, on the other hand, is a land system that was practiced in the past which allowed a household to use farmland only for seven years after which farmlands are redistributed among the farmers. This system did not encourage farmers to work on their farmlands in a way that would increase the fertility of the land because they knew their stay on a particular site was short-lived, seven years.

Ownership guarantees an amount of responsibility, and it was in recognition of this that the MLWE has introduced a package of land management systems, which includes land recovery measures through fertilization, terracing, and leveling. The newly developed system is anchored in the 58/1994 Land Proclamation that asserted the application of the SLM land distribution system.

The ownership and overall management responsibility of the wood lots are given directly to the farmers as the immediate beneficiaries, and this serves as an incentive for farmers. The project was piloted in 28 villages of Serejeka Sub-zone, covering 21,875.79 hectares of land, out of which 3.51% is a high potential, 13.35% medium potential, and 18.43% low potential agricultural land. The direct beneficiaries of the intervention are 54,470 farmers in all the villages. 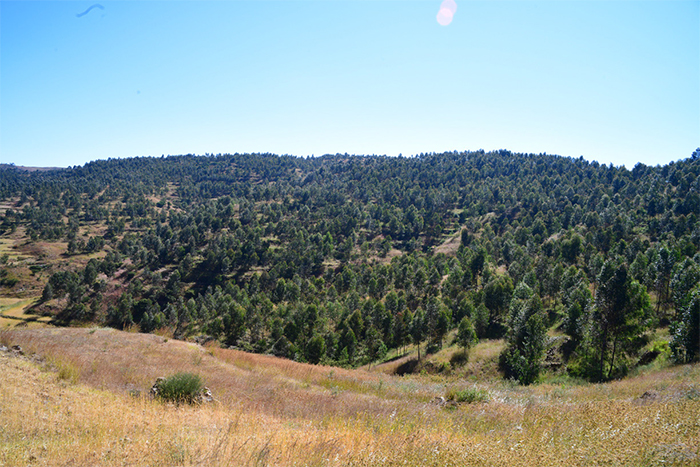 Applauding the new system, Mr. Berhane Adem, a resident of Guritat, said, “The former land system was tiring and unfruitful, but the new system and management triggers an amount of devotion and hard work. The distribution is fair in that you either get wide and relatively eroded or small and fertile land. Besides, the wealth and well-being of your village remain yours for generations to come.”

Workshops and meetings have been held to raise awareness of village administrators, farmers, and other stakeholders about the goal and objectives of the SLM project. Other topics entertained at the events include land degradation and desertification control measures; the cause of land degradation and desertification and control measures; the scope of SLM and land use activities and the role of farmers in the implementation of the project; and land use and land cover principles and land use classification procedure.

The training was also given, at sub-zone and village levels, to 54 extension workers and 70 farmers on the Land Proclamation (land proclamation 94/58) and Procedures of implementing agricultural usufruct.

One of the main causes of land degradation is deforestation, which mainly results from cutting wood to be used as fuel. To mitigate the problem and support afforestation, 6940 Adhanet Mogogo, an improved energy-saving oven, has been introduced in the sub-zone. Two micro dams were also constructed in the project area in 2014 and 2015 in two villages, Unanalay and Shimanigus Tahtai. As a result, crop production increased by 30%.

According to Mr. Abraham Daniel, SLM Project Coordinator, so far 949.7 hectares of land have been farmed with a survival rate of over 80% as it is owned by individual households. Out of the 201,038 seedlings planted in 2010, 189,348, about 94.23%, are eucalyptus which is now ready to be harvested. The farmers can benefit from the sale of wood and grass and are motivated by the reforestation to start beekeeping in every village. 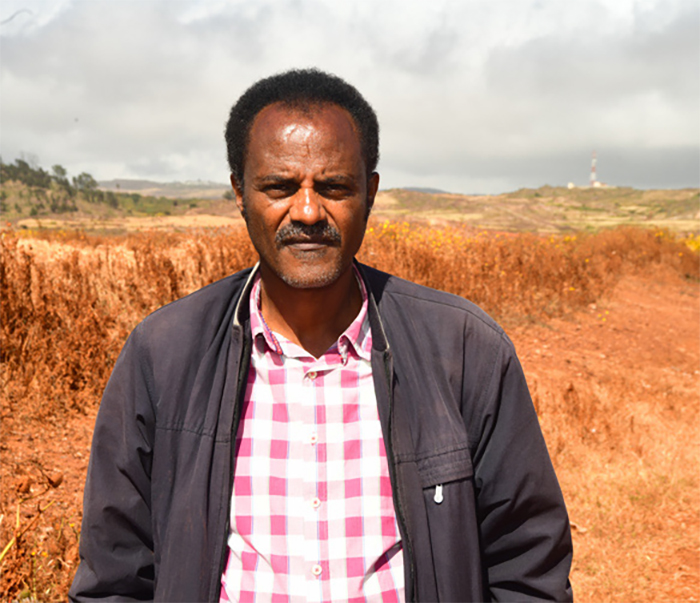 Land leveling and extension of irrigation fields have been done in three villages — Shimangus Laelay, Mekerka, and Geshnashim. Land leveling, which is done using heavy machinery after the land is surveyed and graded, ensures uniform distribution and efficient utilization of water during irrigation.

Farmers who have received relatively marginal farmland in the 28 villages have been given as incentive 8476 sickles, 2738 shovels, 3150 pickaxes, and 945 wheelbarrows.

Mr. Eyob Aymut, a farmer at Deqi Petros, a village in Serejeka Sub-zone, said the Ministry of Agriculture supported them in leveling formerly eroded land and constructing dams. Water is now readily available and used well. He added, “With proper management and hard work, there is no such thing as a bad land. In addition, we have succeeded in afforesting a measurable amount of land surrounding the farms; we guard them and take care of them. And we cut the tree branches and use it for firewood and construction. In general, the degraded land is being handled well.”

The project has shown good progress and with more hard work, it should be a hit in no time. However, this is also a way to showcase the benefits of SLM to other farmers all over the country and help rehabilitate and make better use of the land.

Above 60% of Eritrean society are farming, which means there is tremendous dependence on land and water, making land management essential.