My Sweet Memories About Eritrea and its People 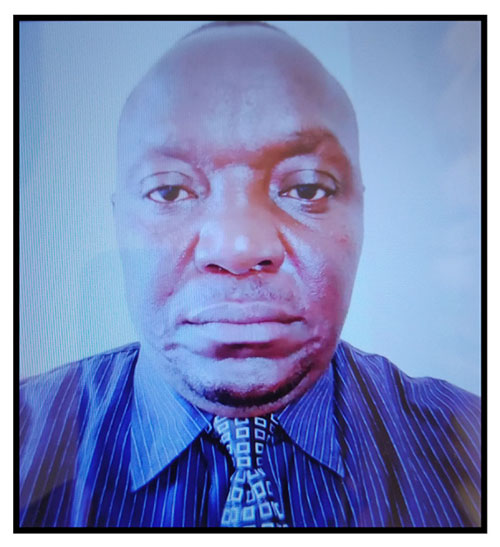 Allow me some space in your highly rated newspaper to at least pen down something special about the great State of Eritrea and its most outstanding resource, the people of Eritrea. This is a first-hand testimony as witnessed by myself on the ground. It was indeed an eye opener to me, and also overoptimistic that it was also the case to many others the world over as well.

I landed at the Asmara International Airport on the 6th October, 2021 to attend the 66th regular session of the Desert Locust Control Organization Council of Ministers held between 7th and 8th October, 2021 at the Asmara Palace Hotel, being the sole candidate for the position of Director of the Organization, though for technical grounds, which were fair enough in maintaining the corporate integrity, was called off till a later date.

The warmth, straightforwardness and a sense of brotherhood and sisterhood of the people of Eritrea was witnessed first-hand on landing at the Asmara International Airport. I did not bring along the wheel chair with me but almost instantly I was offered one on arrival by the joyous protocol and immigration fellows and ended up using the same wheel chair for the entire period I stayed in this majestic country. That is a special welcoming gesture for a visitor with specialized needs like myself and I can assure your esteemed readers and the entire population that this is only very peculiar and special with the people of this State and not common among many others. The protocol and immigration officials were so professional and humble, comparable to none in this universe.

The next point of exclusive peculiarity was with our dedicated drivers. They were meticulous, humble, very dedicated, and indeed very punctual. The attendants at hotels and all visited restaurants were very unique in attending to their customers. It was as if they all went through the same teacher. Since punctuality and embracing the truth, nothing but the truth is one of your traditional values, there is no doubt about their way of behaving. That alone speaks volumes on the nature and traditional values of the people of Eritrea. You have a very robust and trusted human resource capital to say the least.

The level of organization and arrangements put in place by our hosts, DLCO-EA does not need to be expounded any further. The team did a splendid work to make sure the event turned out to be a success story to reckon with. I am pretty sure this needed a lot of input in terms of preparations, organizing and supervising the whole thing which is very tiresome to the organizers, but it is congrants to the DLCO-EA team including the fantastic guys like Dr. Stephen Njoka, Dr. Berhane Asgedom and Mr. Yohanness Beki to name only a few among many. It was an event of its own magnitude and success in my professional view.

The warmth of the senior Eritrean government officials led by the Agriculture Minister Hon. Arefaine Berhe spoke volumes not only among his fellow ministers, but also to common people like myself who had just presented myself as a candidate for the stated cause. He took us through the rich traditional epitome within Eritrea in such a short time span like the traditional cuisine and even the coffee show escorted by traditional and indeed very sweet Tigrinya dances, which are indeed very traditional enough to explain the sweetness of the traditional African dances. Mr. Mohamed Saleh Hamid (Director of the Ceremony Head in the Ministry of Foreign Affairs and his capable team) did a fantastic job in making sure everything was moving according to the plan and very majestically succeeded in achieving just that. I must confess upfront that I have visited so many countries this far, many of which are ruined with the so-called corruption and similar vices, but your beloved state doesn’t seem to be close to that rot. Kindly keep that spirit up and you have yourself to defeat. A country which has been able to put these evils behind itself like yours, will definitely prosper no matter what.

I also had the rare opportunity of visiting a number of places within Asmara that left me bemused with the richness of the antiques of all sorts in this city starting with the Architectural designs dating back to many thousand years which resembles the majestic Roma Empire in every aspect. For sure Asmara is another Roma. Those from the majestic Italian capital for sure can’t tell the difference between these two sister cities. This by itself if well packaged and given an outstanding marketing strategy, will pull a lot of foreign currency from the tourism sector that could be put into a formidable use to spur the national socio-economic and cultural development of the State of Eritrea.

I had the privilege of having visited a number of other historical sites depicting the extent of damaged weaponry and others like aircrafts destroyed badly during the liberation struggles and which indeed depict the richness and historical diversity of the State of Eritrea that needs to be fully documented and digitalized for ease of storage for use by the future generations of this magnificent state and Africa in general. In line with that I was also highly elated to note that two of our departed heroes are in the memory of many Eritreans as having taken part and supported you immensely during that struggle. These are the father of the Tanzanian Nation Mwalimu Julius K. Nyerere and Prof. Abdulrahman Mohamed Babu.

Something rang into my memory as well. I was in the convoy of dignitaries that drove to the horse farm owned by the Ministry of Agriculture where we also enjoyed the traditional coffee show without a police escort and people along the road were meticulously respectful whenever our drivers signaled for them to give way to the convoy. That was a clear testimony of the level of law abiding citizenry this majestic state is bestowed with and top rank security assurance within the State of Eritrea. For sure I did not ever expect that in my learned view, but since seeing is believing, I have witnessed this for myself, and for sure I have a lot to tell about this country.

Capitalizing on all the above highlighted positive aspects, I am very optimistic that the State of Eritrea is one of the best investment destinations in the making in Africa. It is the panacea in the making. There are only a few additives and adhesives here and there that are needed sooner than later, to make this country a potential hide-out for those seeking fruitful investment destinations in Africa and beyond. And when that happens, there will be very few comparable competitors to challenge your esteem and vigour.

The State of Eritrea stands a better chance to rock the world in the investment industry and platforms since there are many meticulous opportunities that will be turned into resource pulling machines with only a little effort. You can make it guys. You have what it takes to turn fortunes in your favour. Whatever you can imagine, you can be. Just go for it brothers and sisters. You will make it.

They were so many eye openers to many of us but to say the least, let me end here by Praying the Almighty God to Bless Our Continent, Africa and also Blessing the State of Eritrea.

A Response to Congressman Brad Sherman’s Offensive statements Against Eritrea

Statement delivered by Ambassador Sophia Tesfamariam during the Annual Ministerial…