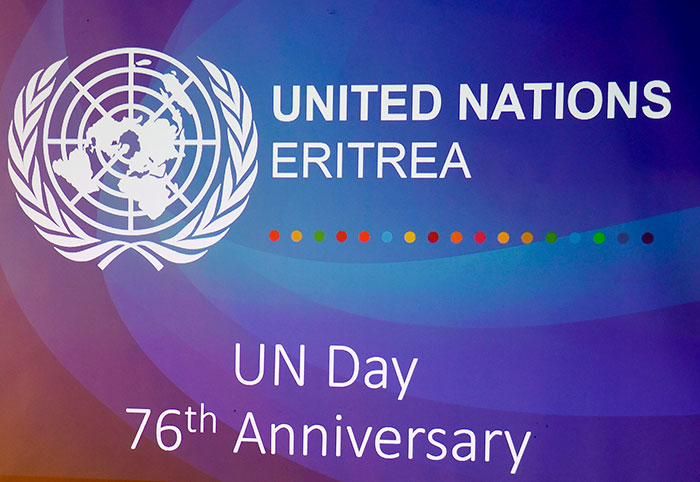 Asmara, 23 October 2021– 76th Anniversary of the United Nations Day was observed yesterday, Friday 22 October in the presence of senior Government officials, international partners as well as members of the Diplomatic Corps under the theme “Recovering Better for an Equitable and Sustainable World”. 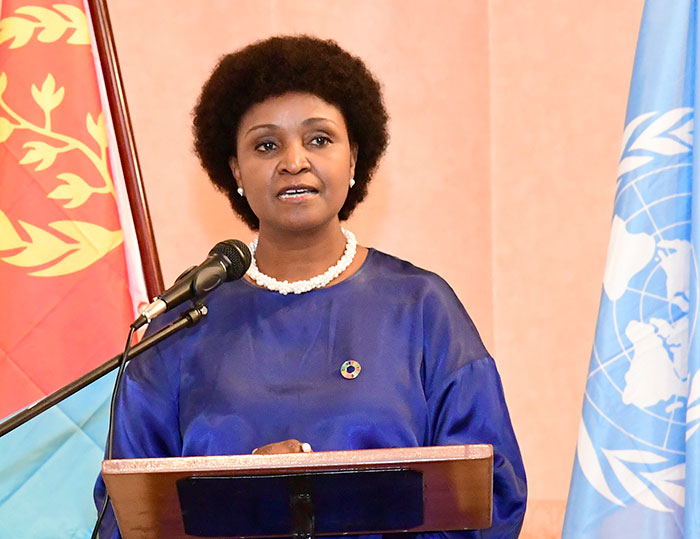 Speaking at the event, Ms. Amakobe Sande, the UN Resident Coordinator in Eritrea, explaining the objectives and stance of the United Nations said that the realization of the objectives demands member states to work together and provide the leadership and the political will necessary for the more fundamental reforms required to upgrade the UN to a mature and robust institution, fit for the 21st century and beyond.

Ms. Amakobe also said that the commitment Eritrea is demonstrating to protect multilateralism, its desire to take up leadership roles in the United Nations, and its active participation in the UN processes is strong evidence that Eritrea takes its role as a member state seriously. 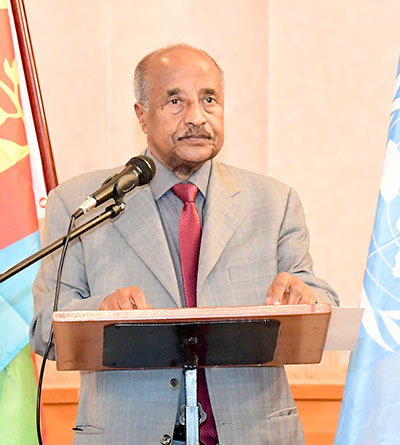 In his keynote address, Mr. Osman Saleh, Minister of Foreign Affairs, said that the essence of the challenges making world affairs more unreliable is the effects of the inequitable and unjust international order driven by western nations’ geo-political agendas and interests and the use of unilateral coercive measures.

Minister Osman further said that the purposes and principles of the United Nations to maintain international peace and security are undermined, sovereign equality negated, the right to live in peace without any threats violated, independent political stance and development choices negated and international cooperation compromised by self-interest and pre-conditions and that collective and coordinated remedial action remains an urgent task.

At the event, the message of the Secretary-General of the United Nations, Mr. Antonio Guterres was presented.

Tourism: The Untapped Attractions of Eritrea In

Readiness to support programs of NAEWDV