Mr. Mark Derks is an Athletes Representative from the Global Sports Communication Company in Holland. He represents many Eritrean athletes and visited Eritrea for a couple of days last week. Here is a brief from our chat with him. 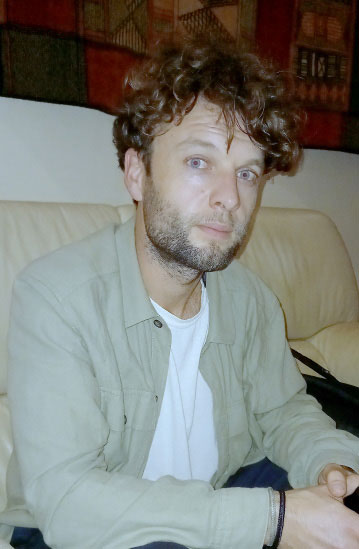 Thanks for having me first of all. I think Eritrean athletes are talented. Everyone has a talent in this world. It’s either in education, sports or social skills whatever it is; each person on this planet and in this country has a talent. I think cycling is a culture in Eritrea, but I also think maybe ten or fifteen years ago, by the success of Zersenay Tadese, athletics is becoming a culture. More athletes have started athletics and dream of becoming champions. I think there is a lot of potential in this country but only with the right guidance. In athletics, you need to be patient because people usually underestimate what they can achieve in one year and overestimate what they can do in one day. But if you start with small steps then it’s a big step in a year. And I don’t think it’s only about the talent, because the talent is there. It’s more about how to use the talent. I think that’s the biggest challenge. They should know that they can be the best. We have also been working for a long time in Ethiopia, Uganda, and Kenya. All athletes believe they could be number one. So the athletes in Eritrea should also believe that they could be number one. It just starts with believing in themselves.

I see a lot of potential in the athletes here. We have progressed in many ways from the day I started, and we never stop improving as there is no limit to it. I think we are on the right path, but we still need to make some more work to be at the top level in the world; the potential is definitely there. When I saw Zersenay Tadese breaking the record for half marathon, I knew that there were more athletes here who can make similar achievements. We also saw an amazing performance from Ghirmay Ghebreslasie winning the 2015 Marathon World Championship. Maybe nobody expected him to win; but if he could do it , then there should be more athletes here who can do the same.

Well I was in Amsterdam and I was very happy to see Hiskiel Tewelde breaking the record. Afewerki Berhane did also run under the former record which really made me happy. I knew that they have had challenges in relation to COVID-19 and injuries, but with the help and support of the national federation they were able to get over these challenges and show progress. I think the cooperation between us and the athletics federation is very good, which is very important. I also think that this is the result of the consistent paying attention to the athletes and trying to improve them every day. It’s the athlete who crosses the finish line, but there is also a team of coaches, management, federation and many more behind the athlete. It’s definitely not easy to run 2.04 and 2.05, so to me this is a breakthrough in the mind of Eritrean athletes. I think there is no limit to what one can achieve, the only limit is in the mind. 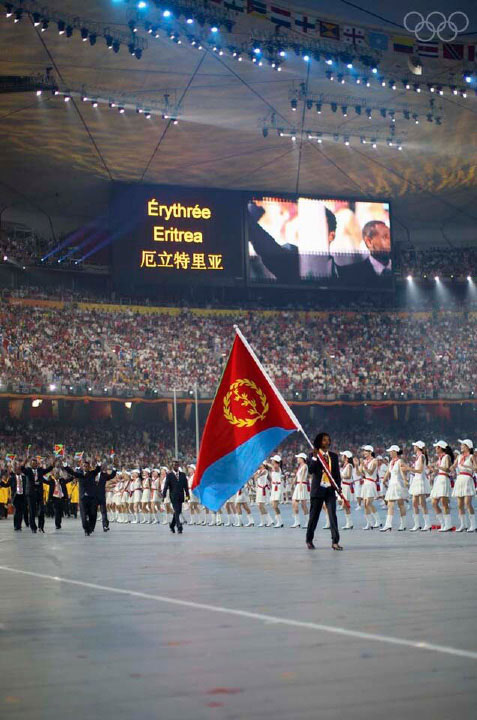 They can run even faster, who knows, it’s only the mind that limits the performance. The achievement is amazing but it doesn’t stop here.

It was good to be honest. I think we started focusing more in athletics around 20 years ago so we need to build more on that with some more spectators in the future. There were many people there who came to cheer for the athletes and that was a big motivation for the athletes.

Not at this moment, but maybe next year we’ll try to help female athletes as well. We try to help both men and women, but this is also, as I said earlier, a matter of belief. The success in the history of athletics of this country was mainly influenced by men like Zersenay Tadese and Ghirmay Ghebreslasie, so I think the women also need a new hero. I think they need someone who wins a medal in the Olympics or in the world championships. That could be a turning point for and an inspiration to the female athletes of Eritrea. If you have the talent and not the right mentality, you won’t make it. I see some athletes having the right mind and not the talent required, but still achieve something just because of their strong belief in themselves. I just want to advise them to have patience as there will be opportunities and they just need to believe in themselves if they want others to believe in them. 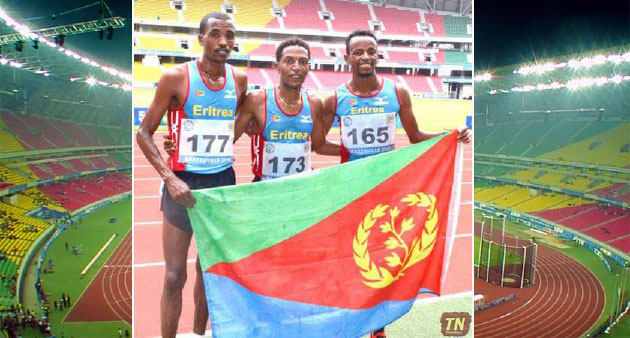 Yes. We have a long history with athletics and so we decided to work with cycling too. It’s still in its early stage and we are still discussing about it. Eritrea is known for its cyclists and they are among the best. I’m not sure but I think cycling is the number one sport in Eritrea. Because I talked to some people and I saw a video of African Cycling Championship in Asmara several years ago and it was amazing, it was so crowded. I think there’s a long history of cycling in Eritrea. I was there when Eritrean cyclist Biniam Ghirmay won the medal last time. I was so happy for him and for his people. I was really impressed; I truly want to congratulate him for his success.

We’ll keep working hard as there’s always room for growth and improvement. We’ll try to provide the best for our athletes and keep progressing. It’s always hard to be the top and even harder to stay on top and maintain your position, so we’ll definitely work more and be better and stronger.

What do we know about the one million year old Eritrean Homo Sapiens?