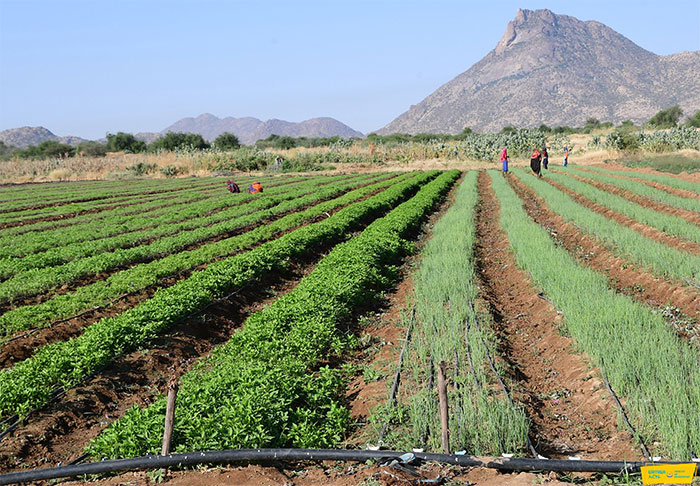 Major strategic dams built in Eritrea are set to have great impact on the country’s future in agriculture. Farms around Gerset, Fanko-Rawi and Fanko Tsumu’e have been flourishing due to the abundant water retained in the dams.

Efforts made to build the dams across the country have led to the transformation of vast farm areas of the Gash-Barka region. Farmlands have been leveled in designated areas: around 10,000 hectares in Gerset, around 24,000 hectares in Kerkebet and over 5,000 hectares in Fanko-Rawi and Fanko-Tsumu’e.

Apart from building dams and distribution facilities, the Government of Eritrea set up a Polyethylene water-pipe, which is climate and pressure resilient, manufacturing plant in Massawa and installed power supply facilities in the agricultural zones that have been developed.

The huge investment in the construction of water dams is delivering good results. The tomatoes grown in Afhimbol, Gerset, Fanko-Rawi, Adi-Omar and Molober are used to make tomato paste at Banatom food processing factory in Alebu, Gash-Barka region. Sugar cane plantation piloted over 270 hectares of farmland proved successful while the cotton plantation has been showing remarkable progress. The construction of the strategic dams and the development of the vast farm lands have also made residents of the area to become beneficiaries of modern farm practices.

The construction of dams has resulted in the development of agriculture, and the expansion of farm meant an increase in the need for skilled human resource. To meet the rising demand for manpower, vocational schools and training centers have been opened across the nation to develop young professionals. And the young graduates, who have been refining their skills through hands-on experience, have been playing a crucial role in the steady progress being made in the installation and use of advanced irrigation systems that allow for judicious utilization of water resource.

Along with the development of an advanced irrigation system, cold stores have been built to preserve fruits and vegetables, dairy products, meat and fish. There is also a plan to build an airport in Gerset to make it easy to transport the agricultural produce,” Major Kibreab Abreham, Manager of Eritrea’s Crop and Livestock Corporation (ECLC), said.

The development of agriculture in Gash-Barka region has created employment opportunities for communities around the farmlands. As a result, the communities’ living standard has improved and they have been empowered by
developing their skills.

Huge investment has been made in the development of livestock as well, which meets local demands. To ensure a continuous supply of healthy and quality meat and dairy products to the market, veterinary service is given in all parts of the country. When it comes to health care and vaccination of the livestock, the ECLC gives utmost priority to the areas that border with Ethiopia and Sudan to be able to deal with any possible outbreak of diseases emanating from the neighboring countries. 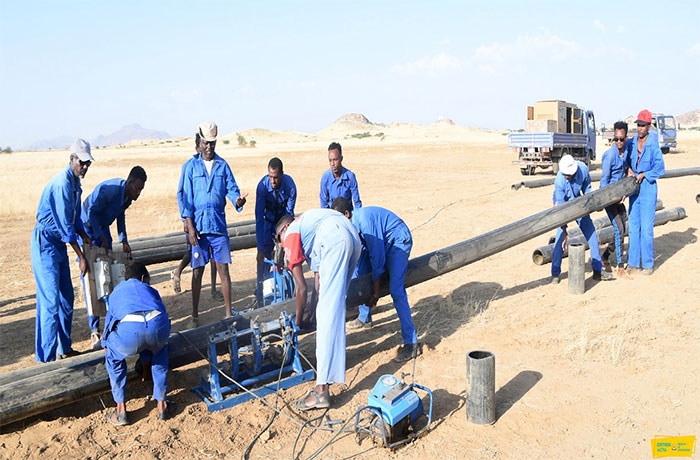 Advanced dairy farm projects have been initiated in the Southern region which includes animal husbandry, veterinary services, and the installation of animal feed and dairy processing plants that have been piloted in Halhale. This is believed to be a major leap in the efforts being made to achieve food security.

According to Major Kibreab, the workshops that have been flourishing in Alebu, Adi-Halo, Asmara, Ghedem and Kerkebet will be expanded to address challenges in the maintenance of farm machineries and the installation of water tanks and to meet the demands for spare parts. The setting up of a modern slaughterhouse and tannery factories in the areas designated for livestock development is being considered along with the setting up of cold stores. “All the farm and construction machineries being imported are making contribution for a better tomorrow and in line with this, there is a plan to introduce mobile garages in the farm areas to provide timely and efficient services,” Major Kibreab added.

Mr. Kibreab applauded the youth’s decisive roles in building and running cold stores, ECLC farm projects, and general metal and maintenance workshops. The construction of precast houses will be expanded to accommodate young college graduates who have been assigned to various development zones. 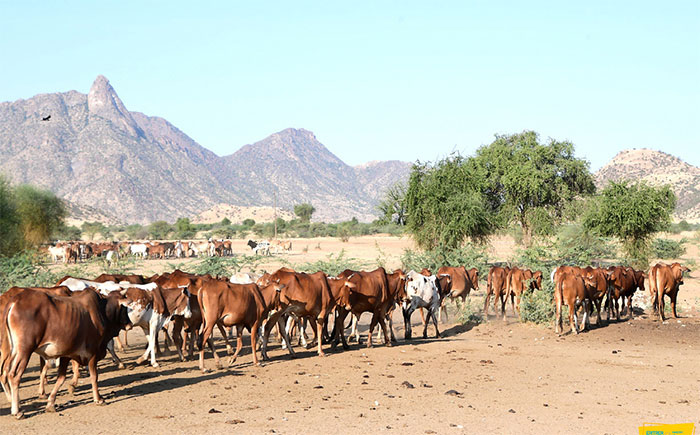 Farming machineries are usually moved from region to region, but the lasting solution is that each of the six regions of the country needs to have adequate number of farm machineries to avoid any delay during cultivation of vast farm plains. “More and more farm machineries will be imported in the future to meet an increasing demand with an expansion of farm activities around the dams and other irrigable areas of the country,” Mr. Kibreab underlined.

The construction of major dams in Gash-Barka is boosting the country’s potential in agriculture. The dams and farmlands are instrumental in addressing the issue of food security and opening a venue for socio-economic development. Development is gradual and what has been accomplished to date in the integrated development programs implemented around the dams is a stepping stone for better accomplishments not only in agriculture but also other sectors, including transport and communications, trade and investment.