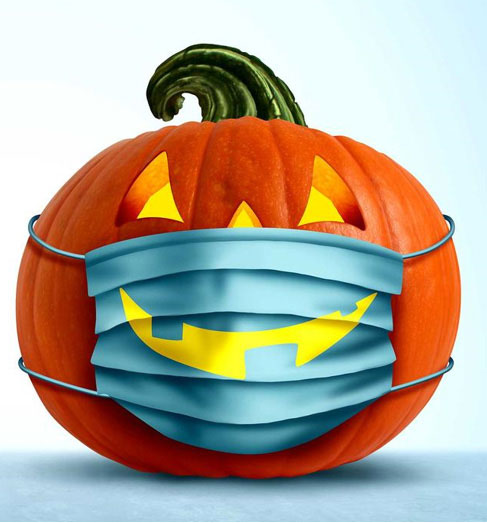 Last year I wrote an article titled Halloween and Eritrea. When I have now read it, exactly one year later, I felt the title misrepresented the contents of the article because the article narrates the ghost story of only one specific ethnic group. This article deals with some of Eritrea’s ethnic groups’ traditions related to ghosts. So, get ready to be spooked!

In the Tigre ethnic group there are a lot of rituals used to drive away ghosts, preventing them from taking over dead people’s souls. In one of these rituals whenever a person dies the family cooks porridge just before the burial ceremony and places it beside the body to divert the attention of the ghosts from the dead body’s soul.

There is also the ritural of Zār, a term for a demon or spirit assumed to possess individuals and to cause discomfort or illness. The zār ritual is the practice of exorcising spirits from the possessed individual. Zār exorcism is almost fading in the contemporary urban culture morphing into women-only entertainment. Zār gatherings involve food and musical performances culminating in ecstatic dancing that lasts for three to seven nights.

Another ritual used to drive away ghosts, which is common in the Tigrigna ethnic group, is associated with fairies. In Eritrean folklores, fairies are considered as ghosts of the dead. A considerable amount of the lore revolves around changelings, fairy children left in the place of stolen human babies. The swapped child is afflicted with unexplained diseases, disorders or disabilities. To drive away ghosts from new born babies, they place a cold iron bar under the baby’s bed, hang charms of various herbs around the baby’s neck or simply shun locations known to the fairies and avoid offending any fairies.

In the kunama ethnic group there is a ghost story that has been told for many years. In a village called Fodie there were two kids who were living with their stepmother because their mother had died due to terrible diseases when they were very young. Their father had no choice but to remarry in order for him to go out and work on the field while the woman took care of the babies. Unfortunately, the kids’ stepmom was very mean. She acted like she was taking care of the kids in front of the husband but treated them harshly when he was out of sight. She didn’t feed them properly and told them to venture into the woods and caves in the village with the intention to get them hurt. Every morning they went into one of the caves in the village and came out by noon looking very ecstatic. The stepmom was so curious why they were gaining weight even though she was not feeding them. She sent her little brother to spy on the kids while they were at the cave. What her brother saw was so strange to her ears that she decided to see what the kids were up to. She watched in disbelief when the kids greeted a ghost-like figure in front of the cave and then disappeared into the cave. She rushed inside and saw that the cave was the exact replica of what people assumed heaven would look like. There was a water fountain, a garden with several fruits, a spring of milk and honey. So annoyed that the kids were very well looked after by the ghost, the stepmom uttered some disrespectful words to the ghost and started walking out of the cave. However, she felt her energy getting sucked out of her body. Soon she fell to the ground and died instantly. It’s widely believed that the ghost took over the stepmom’s soul.

The day the stepmom died is celebrated in today’s kunama ethnic group by heading to the cave. Not everyone is allowed to participate in the ceremony. Elected members of the community wearing clothes made just for the occasion head to the cave singing a song that is believed to have been once sung by the kids as an appreciation to the ghost. The elected members perform a ritual dance some 50 meters away from the front of the cave and then the cave magically becomes visible displaying the fountain of water and the other things there. The cave turns into a normal dull cave once the ritual is over. The participants of the ritual believe the soul of the stepmom is still trapped inside the cave since most of them say they hear a high-pitched scream every time they go there.

It is widely believed that Halloween is the celebration of the devil, but many say the opposite. This time of the year my family has a tradition of visiting the graveyards of some of our dead family members. The visit is very brief since most of us don’t like staying at such places for long. But I believe it’s a good family tradition that families should practice.