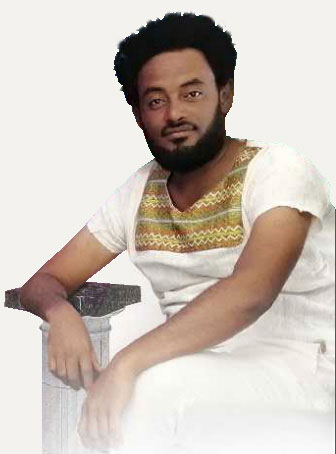 Born in 1984 in Akrya, Asmara, Seid Anwar became interested in acting when he was in elementary school. He has starred in many Tigrinya feature films and TV series, including the current Eri-TV series “Machelo”. Menesey magazine conducted an inter­view with him, here is a translated version.

Absolutely not; I consider myself the complete opposite of the character I am playing. The character, Josi, is more self-centered and shameless, but in real life I am quite the opposite. But I hope I played the character well.

Some people call me “Josi”. Some also hate me because of the eccentric character I played in the drama. In some occasions, some women even approach me, while in a real life, and advise me to get back to my wife and save our marriage. Even though it is just a drama and I just happened to play that character, it also shows that marriage is a highly valued social institution in our society. On the other hand, the reaction I get from people make me happy because it lets me know that I acted well.

It was when I was young, I was an elementary school student at Asmud and my class-teacher selected me to perform in a school stage drama. I was very happy to perform, and I became member of the school drama club from then on and performed at every school closing ceremony.

When I was in my Junior-high, I joined the National Union of Eritrean Youth and Students NUEYS. During those times, the Union was giving capacity building training to students of different skills and talents, so I joined the drama classes and continued acting on stage drama at school.

Yeah that is right; in fact almost all of my siblings are sportsmen. My older brother played football for Dahlak club, the other one is a cyclist and the third is also a soccer player. Besides, we can’t deny the fact that Akrya is also home to many renowned artists, even though that wasn’t my reason to join. I think it’s my personal hobby. Besides, I also remember the late artist Omer Mohamed Burhan taking me to theatre shows when I was a kid. This could somehow be an influence for me to be an actor.

As I said, I frequented cinemas and theatre shows when I was young. Because of that, my interest to becoming an actor started to grow. Hence, during junior school, I and schoolmates of similar interest organized a group and established a drama team, which later evolved into making a drama called “Langa Langa”. Later, I invited Omer Mohamed Burhan to watch the drama and see my acting performance, which may be the reason for him to cast me in one of his films called Newtsi and it became my first feature film. The film Newtsi played a great part in creating an opportunity for me to introduce myself with great artists and to know how a film is made. Next I was cast on a film called Seri, shortly I got a part on Nibat Wshti. Now, I am a member of a cultural troupe called Awla. 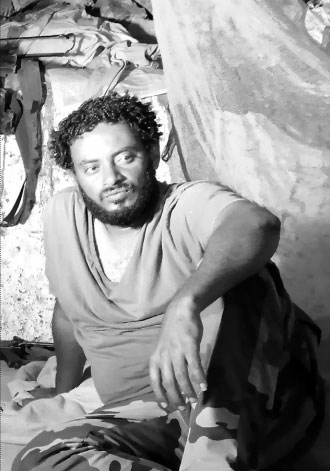 I have acted in over 50 movies and I love them all, but to mention some Afro and Guramayle are my favorite ones. By the way, I would like to thank Awel Seid, the writer and director of film Afro. Besides, I am also one of the main characters in the Tv series Machelo. My character in the Tv series is an eccentric family man who become infamous among the society, and I believe my part in Machelo has helped me boost my acting in many ways.

Maybe yes. And even though acting as the bad guy has its own toll in real life among our society, I don’t mind taking the roles. Besides, I don’t choose any of my film characters by myself, the cast directors do, and they mostly base their selection mechanism on previous characters. Even though I am always ready to act in whatever part the directors give me, I also want to try something different sometimes.

First of all, I believe I am living my dream, because I always wished to be an actor in popular movies. Secondly, it introduced me to many great individuals in the film industry, but above all I am blessed to be introduced to the general public.

I don’t think that I have any advice to give to the young generation, I rather believe to get one from them. But I would like to remind the youth to have a vision, and work hard for it. Besides, they have to have discipline and patience in order to change their dreams into reality.