Urban Hinterlands in Antiquity: Reflections from Matara and Keskese 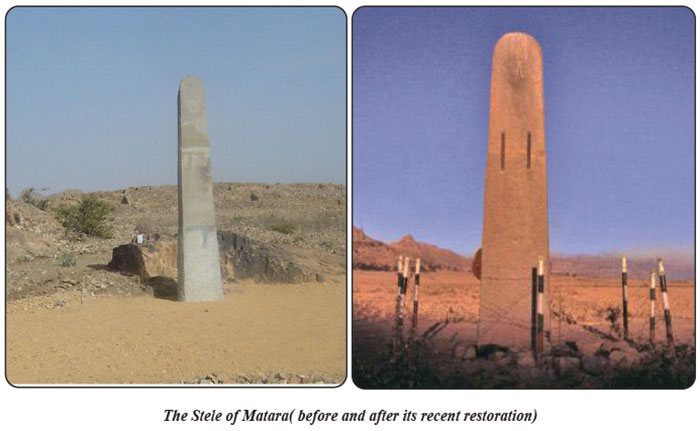 The archaeological site of Matara is located about 1km south of Senafe in the southern region of Eritrea. The archaeological site has for long been recognized by surrounding communities as Belew-Kelew. Matara´s visibility in various documents started to feature during the 19th century when various Europeans visited the site and documented their observations. Different aspects of the site, including fragments of ancient inscriptions, architectural remains and pottery fragments were recorded during the 19th and early 20th centuries. Matara´s prominence, however, came in the 1960s and 1970s when Anfray conducted multiple seasons of field surveys and excavations. The excavations involved a sustained archaeological research at Matara, though destructive, as the excavations did not allow proper conservation in the aftermath.

Excavations at Matara also involved approximately one-half of the visible 1st millennium A.D. buildings, producing much valuable information on architecture and material culture of the period as well as on coins and imported objects that provided relative dating. Amphorae of likely Mediterranean origin, ceramics with painted or stamped Christian crosses, blue-glazed pottery from the wider Indian Ocean World and a bronze lamp of Hellenistic style were also useful for relative dating at Matara.

The 1st millennium A.D. settlement occupation at Matara has been divided into elite residences, churches and commoner as well as intermediate level domestic buildings. The early phase of the 1st millennium A.D. at Matara corresponds to the erection of the famous stelae. Originally located at the base of the Gual Saim hill, the stelae includes an engraved disc and crescent symbol often associated with the moon god Almaqah and a four line inscription in an early Ge´ez or proto-Ge´ez script that reads as´´ this is the stelae which Agaz has erected for his ancestors for their defeat of the forces of Aw´a and Tsebelen.

Rectangular shaped church or church –like structures were also revealed through the excavations at Matara, perhaps dating to the 5th to the 7th centuries A.D. Moreover, stone tomb features are found in several locations of the Matara archaeological site. The elite residential structures at Matara follow the conventional 1st millennium A.D. architectural design. Two residential quarters of densely packed neighboring stone and mud mortar dwellings interpreted as commoner residences were also excavated at Matara. Evidence of social hierarchy has been suggested from differences seen in architectural designs. A plethora of rock-cut tombs and special use areas such as workshops, stables, etc are spread over parts of the archaeological site of Matara. The research at Matara has been provided important insights into an ancient complex settlement. Linking the archaeological site of Matara to its more rural hinterland will help better understand the archaeological site, and the conservation of exposed architectural features at Matara should be the focus of future archaeological works.

While Matara represents a 1st millennium B.C. -1st millennium A.D. urban settlement in the central highlands, the archaeological site of Keskese represents a ritual site that belongs to the period. Keskese is located north of Matara on a highland valley near the edge of the eastern escarpment at an average elevation of 2000 meters above sea level and about two kilometers north of the Amba Tarika. The Keskese area is located near the starting point of the Komaile Valley that descends from the central highlands to the Gulf of Zula on the Red Sea Coast. The site has been described as a 1st millennium B.C. ritual center due to at least six documented, partially buried, monolithic pillars or obelisks visible on the site surface. The pillars are between seven and nine meters in length and are generally similar in form to those documented elsewhere in the northern Horn. An inscription engraved in a granite block found at Keskese includes the Epigraphic South Arabian name believed to represent a king of the 1st millennium B.C.

Systematic survey conducted in the area in 2001 resulted in the documentation of ten archaeological sites including two site areas with six obelisks and sites with extensive architectural wall and terrace features as well as substantial architectural rubbles. Stone artifact tools similar in form to the assemblage documented in the Greater Asmara sites were also documented in as much as ceramics resembling the ceramic tradition established for the Greater Asmara region were recovered.

Keskese´s position between the important urban centers of Mata­ra and Qohaito and at the end of the Komaile valley directly link­ing the highlands with Adulis on the Red Sea littoral must have played a great role in the site´s development during the 1st mil­lennium B.C. (900-100 B.C.). – 1st millennium A.D. (100-900 A.D.) of the northern Horn. The remnants of substantial monu­mental architecture, multiple mounds, inscriptions and abun­dant 1st millennium B.C. pot­tery and stone tools indicate that settlement and religious activi­ties took place over many years. Features such as the evidence of past agricultural terraces, walls and pathways across the site sug­gest complex patterns that future research will reveal in depth. Keskese undoubtedly provides an important area to test hypoth­eses concerning interactions in the northern Horn, including the much debated ideas about South Arabian influences in the devel­opment of 1st millennium B.C. cultures and the subsequent roles and functions of ritual activities by the 1st millennium A.D. in the region.

What do we know about the one million year old Eritrean Homo Sapiens?