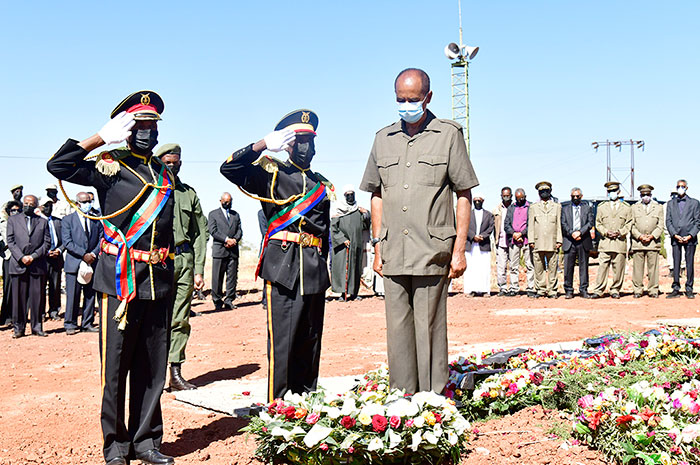 Asmara, 17 November 2021- The funeral service of Mr. Alamin Mohammed Seid, Secretary of the People’s Front for Democracy and Justice (PFDJ) was conducted today, 17 November at Asmara Martyrs Cemetery in the presence of President Isaias Afwerki, senior Government and PFDJ officials, Army Commanders as well as religious leaders, family members, and others within the confines of COVID-19 guidelines. 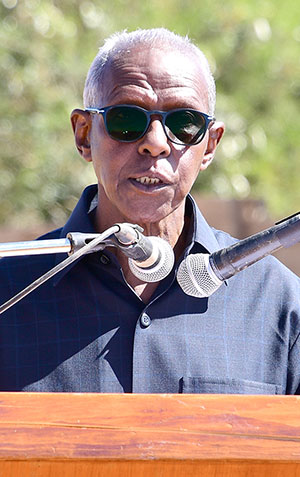 A veteran fighter, Alamin Mohammed-Seid, joined the ELF at a young age in 1966 and was one of the founders of the EPLF in 1970. And for the subsequent 55 long years, Mr. Alamin served his nation and people with stellar dedication and distinction. He was elected to high offices in the 1st, 2nd, and 3rd EPLF Congresses. 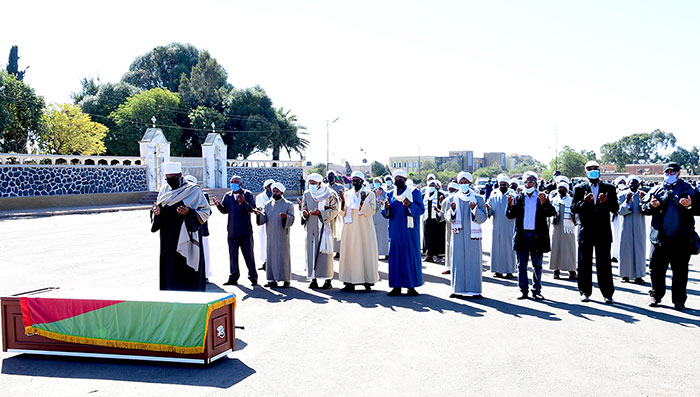 The Secretary of PFDJ, Mr. Alamin Mohammed-Seid, Veteran freedom fighter and one of the pioneers and stalwarts of Eritrea’s liberation struggle, passed away at the age of 74 due to sudden illness during his brief sojourn for public seminars in Saudi Arabia. 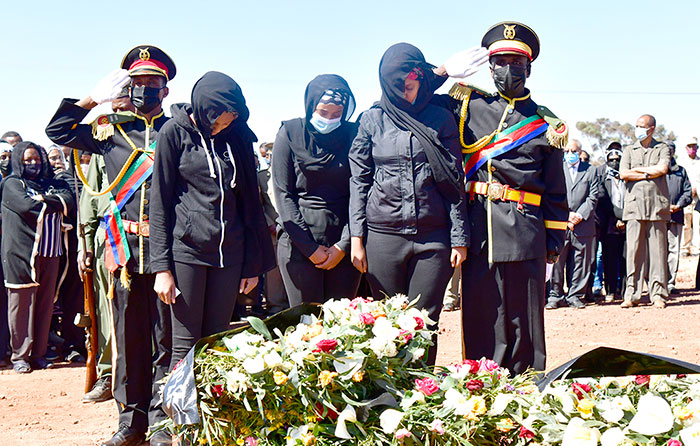 Mr. Alamin Mohammed Seid is survived by his wife and four children.

Expressing deep sorrow of the passing away of a veteran fighter, Mr. Alamin Mohammed Seid, the Government of Eritrea and the People’s Front for Democracy and Justice express condolences to the Eritrean people, families, and friends.

Unlawful, Unjust, and Missing the Target: A Brief Note on US Sanctions against Eritrea