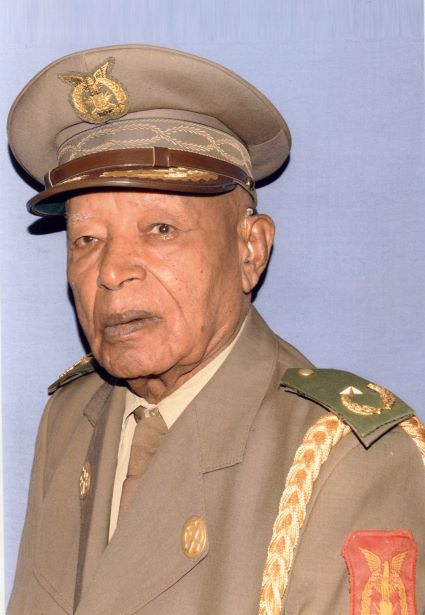 Asmara, 19 November 2021- Veteran freedom fighter Brig. General Negash Tesfatsion has passed away on 18 November at the age of 84 due to long illness.

After independence, Brig. General Negash served his country in various posts of senior military leadership including as Commander of Officers Academy and Eritrean Defense Forces Training Center. He was also a member of Constitution Commission.

Brigadier General Negash Tesfazion, who was born in 1937, devoted 44 years of his life to the service of his nation and people with exemplary commitment. 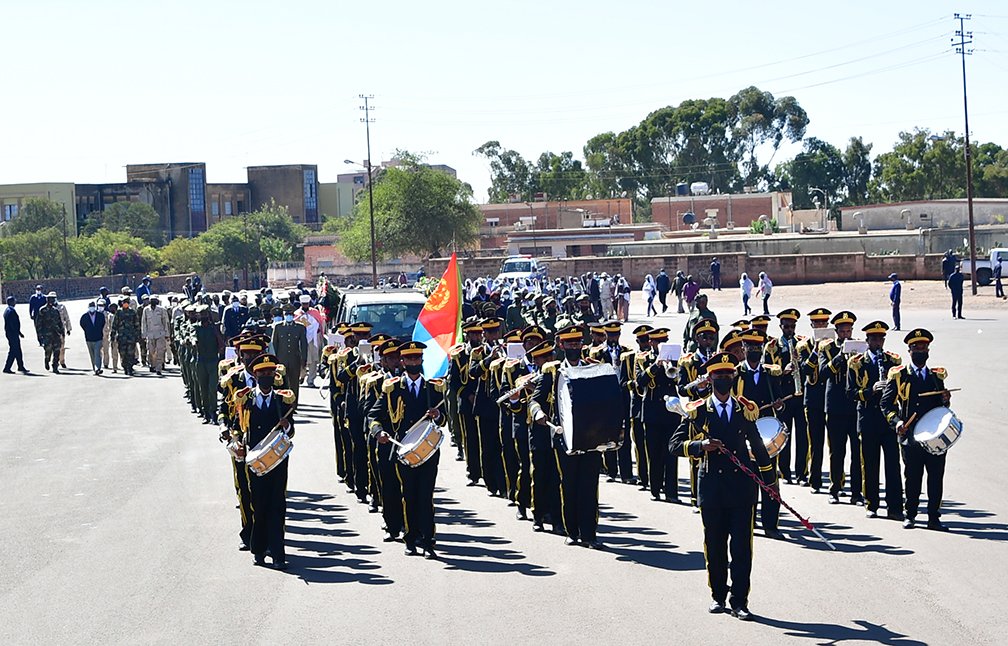 Funeral service of Brig. General Negash was conducted today, 19 November at the Asmara Martyrs Cemetery in the presence of senior Government and PFDJ officials, Army Commanders, family members and friends. 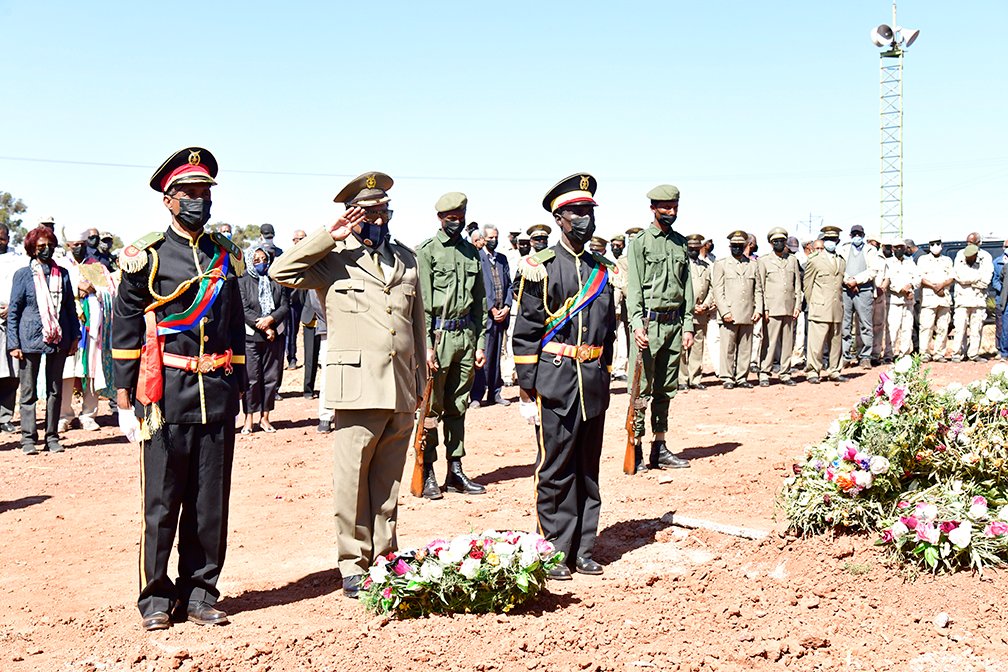 Brig. General Negash Tesfatsion is survived by his daughter.

Expressing deep sorrow by the passing away of the veteran freedom fighter, Brig. General Negash Tesfatsion, the Eritrean Defense Forces Training Center expresses condolences to the family and friends.

Memorial service of nationals in Sudan and South Sudan