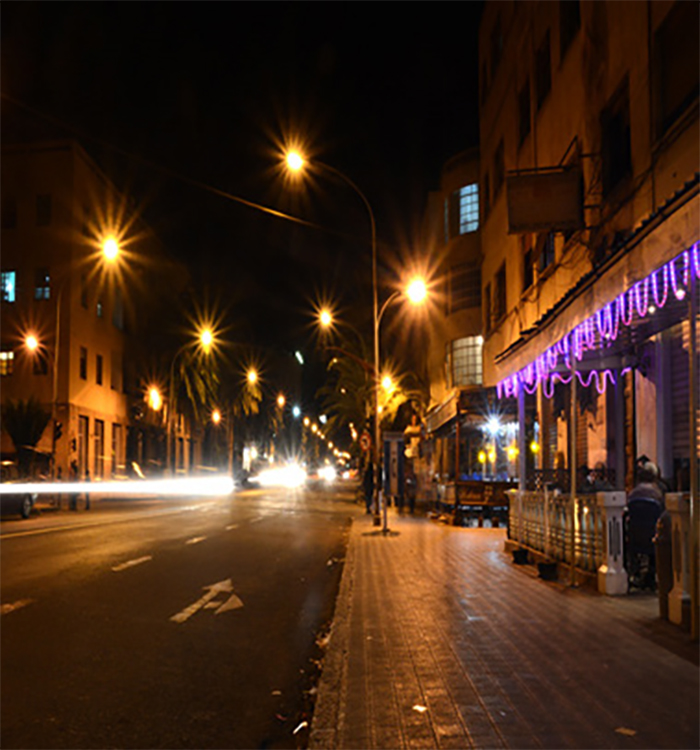 In the 1950s, most Asmarinos and, to a lesser extent, city dwellers outside Asmara spent their Sunday afternoons inside packed movie houses, watching John Wayne hunting down bad guys or maybe Errol Flynn assaulting pirate ships.

“Watch out! He is sneaking up on you…..Sock it to him….. Attaboy John Wayne…..” shouts the crowd.

It felt like a real Turkish bath inside the movie houses and if you happen to be in Cinema Croce Rossa, it was a rare enactment of Finnish Sauna.

But I can say with certainty that a feeling of joy obtained from watching cowboy and pirate films had a cooling and salubrious effect on the audience.

What about those who couldn’t collect enough money during the weekdays to be able to buy themselves a seat in the movie houses? They had been running errands with their big brothers and obtain paltry donations in vain. Now, they have nothing to do except hang around movie houses or stroll along Liberation Avenue feasting their eyes on items displayed on shop windows or, as a last resort, set off to the wood in search of adventure.

What kind of adventure? I would ask my Grandpa. Watching amore a L’Italiana, i.e. playing the peeping tom while Italian inamorati kissed and hugged under the bushes.

We were too young to have sweethearts in those days and even if we had, it was more or less a platonic love and then our semi-traditional upbringing did not permit us to unleash our passions in public.

Enter Kebron, the lone wolf who prefers to stay indoors, brooding and making his mother feel miserable on Sundays. It is 1 P.M. in the afternoon.

“Why don’t you go out and play like the rest of the neighborhood kids?” says his mother.

“All my friends have gone to the game arcade and you want me to go out and play football on a hot Sunday afternoon?” retorts Kebron. Well, to some extent he is right.

The gloomy mood dissipates as aunt Tikea arrives for a visit. It is 2 p.m. in the afternoon and you wonder how this lady in her late seventies managed to walk all the way from the other side of Asmara carrying five loaves of himbasha (leavened and decorated local bread) and some dates.

“How are you, dear Tikea? You never come empty-handed, do you? You shouldn’t have done that. It was not necessary….. Kebron, would you please put the loaves in the cupboard…..”

Kebron darts out of his blues. His spirit is refreshed and the smell of himbasha and dates imparts in him a new lease on life. But he has other plans too. His mother is now ready to exploit the situation by sending him on errands after errands.

“Kebron dear, would you be kind enough and go buy me some coffee beans and sugar….and would you please……” she hands him 100 Nakfa to go shopping. He goes to the shop on the corner and buys the required items and keeps the change. As the chat between his mother and Addey Tikea passes from first-degree gossip to third-degree backbiting, Kebron sneaks out of the house and disappears.

But Kebron is long gone. He is in the Game arcade playing FIFA 22 with his friends who had given him up for dead.

“I did it!” he whispers to Senay, his best friend, inside the game store.

“I am sure you stole the money from your mother,” says Senay.

“She will only know about it in the evening…..”

“Evening or morning, you will sure be belted.”

“I would go through hell just to play this game.” 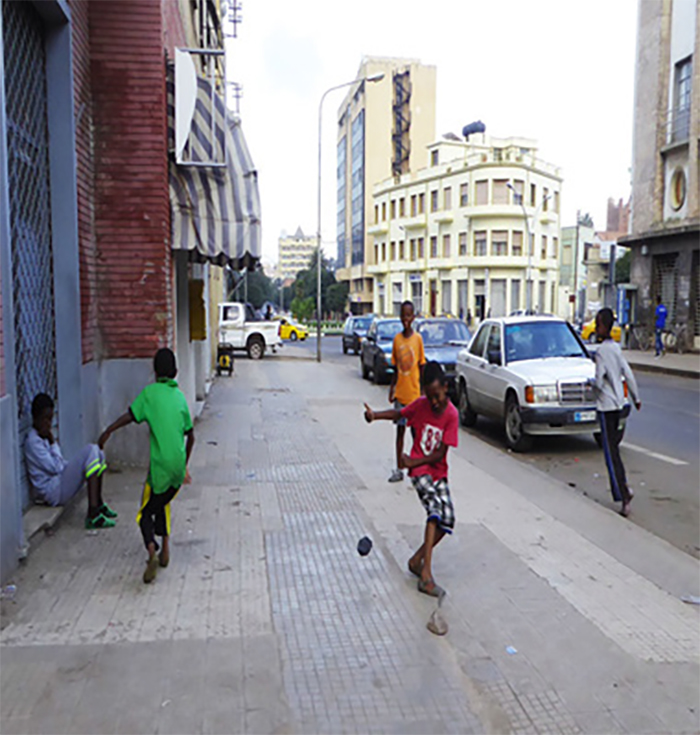 And sure enough, Kebron was severely punished by his father and mother that night, who lashed his skin by turns. He expected it and bore the pain like a Spartan warrior.

What do people think about on Sunday afternoons? Frankly speaking, women have no problems putting Sundays to proper use. They know where to go and whom to visit, what to carry, and what to say. There are always relatives and acquaintances here and there who have just lost a member of the family, who are having their son or daughter baptized, who has an ailing mother in the house, a pregnant woman who has just given birth to a child, another one who is celebrating a child’s birthday….and sometimes they just invent excuses to be able to see each other and more often than not, they visit each other just for the hell of it.

Sometimes I look out my window on Sunday afternoons and watch people go by, women in their Sunday best, full of life, chatting, giggling, shouting….

“I think the sun has fallen down…or is it shining along with other suns…tee hee….”

Asmara city buses are packed with womenfolk. Their loud talks and giggles bother a man who looks like he has given up on life altogether.

Most men don’t know how to create excuses. If we exclude those who go to bars to play billiards and those who start booze before the socially accepted time, we have those that curse the day, put on their hats, and head toward the parks that we have in Asmara, sit there and contemplate. They remember the time they made people tremble with a single shout of command. They look at their surroundings and utter:

“Things are no longer the same since we retired.”

“Why don’t you go to the movies?” asks an acquaintance.

“You call these movies? They don’t make films like they used to do back in the 1940s anymore.”

Young girls are very creative. As long as they feel attractive, they go out even in the mid-day sun, for adventure. For Senait it is a blind date with an unknown lover. She is simply drifting.

“I beg your pardon.”

“I am sorry but you are talking to the wrong person.”

“What difference does it make…”

That’s how Senait came to know Filmon one Sunday afternoon.

Training on research and discovery of heritage