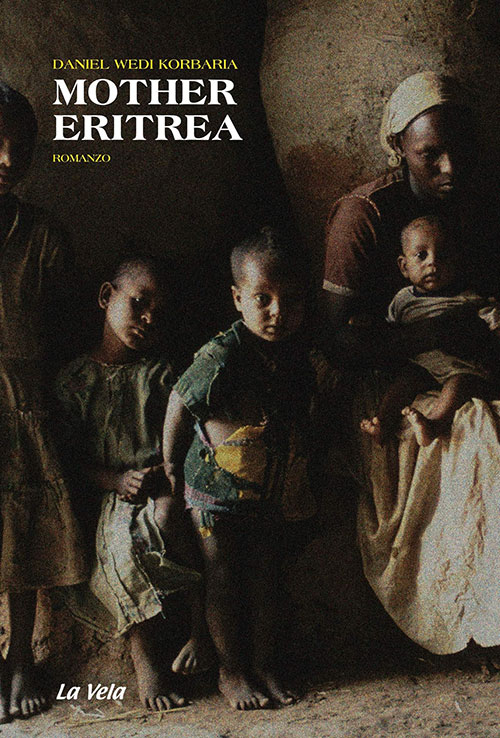 On Saturday, 13th November, at the auditorium (Junior Club) of the National Union of Eritrean Youth and Students, I was given the honor of presenting my impressions of an Italian novel entitled Mother Eritrea (the story of a mother raising her two young sons in Asmara when Eritrea was ruled by the Dergue regime) written by Daniel Wedi Korbaria, an author and journalist. The following article is a recap of that review.

Nigerian author Chimamanda Ngozi Adichie once talked about the danger of the single story. She explained saying that because of the “overwhelming presence of Western literature,” she had at one time become convinced “that books, by their very nature, had to have foreigners in them,” the consequence of which was that, as she put it: “I did not know that people like me could exist in literature.” Books like Mother Eritrea are the antidote to the single-story, giving the world another perspective with which to view Sub-Saharan countries like Eritrea, which are often represented “as a place of negatives, of difference and of darkness.” However that is not all Mother Eritrea does: by simply existing, it represents every Eritrean, and it provides us with yet another great book with which we can relate. Having books and literature that describe boys and girls that look like me, my family, and my friends and our way of living is not something to be taken lightly.

There are a number of things that I have truly admired and appreciated about the novel, and while I feel that I can write endless pages about them, here are some of the most impressive.

The novel is written in a beautiful, expressive, and descriptive manner that can best be defined as cinematographic, with a plot that twists and turns in the most attention-grabbing way. The words instantly draw a vivid image in your head, almost like you’re watching a film as you’re reading. Asmara, for instance, is described in a way that captures its unique charm and is referred to as if it were a character itself. As someone who was born after independence, I knew very little about Mengistu Hailemariam’s rule. I may have been able to produce a few important dates and generally explained that it was a time marked by bloodshed and cruelty, but in my mind, it still remained a vague, faraway concept. Only now do I fully comprehend the trauma. Thus, with his book, Wedi Korbaria managed to transport us to Eritrea in the time of the Dergue, allowing us to experience the Eritrean people’s pain and their continuous struggle to survive. 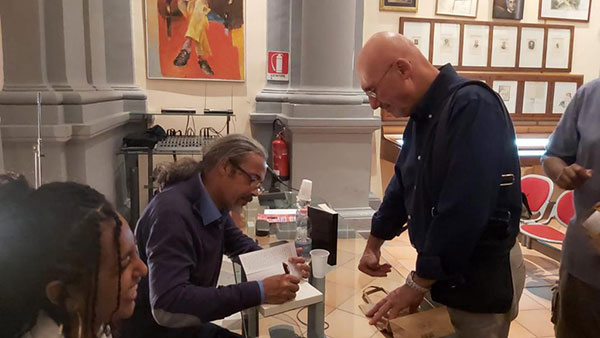 I found it astute that the author did not attempt to translate certain Tigrinya and Amharic words but rather chose to explain their meaning in the footnotes. Objects like “Jebena”, “Sciahi”, “Himbasha”, “Shehani”, “Cubaya”; expressions like “Wey Wedey”, “Ezghio Meharena Christos”, “Besme Ab Bel” or “Eway Eti Idley!” and words like “Tegadalay” were written as they are to ensure that they would not be lost in translation. Even the use of typically Eritrean onomatopoeia such as “Torogrog” and “Cherekrek” accurately portray Eritreans and their way of talking in a comprehensive manner.

While the story is centered on a terrible time in Eritrean history, the tone with which the story is told is not one of total misery. The best description I can give it is bittersweet, which I find to be the most fitting tone to describe the experiences of the Eritrean people: even in the hardest of times, they never fail to find some semblance of beauty in the darkness.

Wedi Korbaria managed to show what a tight-knit community Eritrea has: here, neighbors are more than just neighbors, they are family. The novel portrays the typical Eritrean community, unconditionally supporting its members in their times of grief and hardship while always present in their times of celebration. Customs and norms such as “Hazen”, “Debes” and “Ngdet” are all well explained, highlighting the rich culture that Eritrea possesses. The affection with which Daniel Wedi Korbaria wrote about his country was evident from the start. Any Asmarino/Asmarina could tell that this is a story written by a man who lived the authentic Eritrean life or, dare I say, one of us.

I also found the characters to be highly realistic and three-dimensional. Even their conversations banters and their relationships were typically Eritrean and very relatable. They were so real I felt like I knew them all in real life. I slowly started viewing Yoni and Sami as my younger brothers, while I took their neighbors Adey Zimam, Freweini, Askalu, and their neighborhood Tabba Gheltemtem to be my own. I noticed that I had slowly immersed myself wholeheartedly in the story, laughing when they laughed and weeping when they cried. The author was absolutely right when he said “personaggi credibili capaci di incuriosire anche il lettore più distratto” (Translation: believable characters capable of exciting curiosity even in the most distracted reader). Part of what made them so realistic, I think, was the fact that the characters were not perfect. The protagonists were no saints and the antagonists were no Satan either. They were just people.

I imagine that being an adult man writing from the point of view of a child was no easy task, yet Daniel Wedi Korbaria very successfully captured the spirit of a child, with its childish defiance, whims, fights, fears, and, more importantly, its child-like innocence, and in the process reminds Eritrean readers of our unique childhood games like “Tembo”, “Kiccia-Alem”, “Tobi” and“Sensatobi”.

The book is peppered with just the right amount of witty humor, the kind of humor that doesn’t diminish the seriousness of their predicament but still highlights that the characters don’t take their circumstances too seriously. One of the lines that had me laughing outrageously and running to tell others was this:

(Translation: The more I thought about it I believed that even Dawit’s flies [the flies in Dawit’s house] were different from those at home; they even seemed to have better manners).

I confess I had initially been confused by the title Mother Eritrea. I had often wondered “why is Mother written in English? Why not Madre Eritrea or Mamma Eritrea?” but I soon came to understand, as was explained in the novel itself, that the title Mother Eritrea is an adaptation from “Mother India”, a famous Indian film from the 1950’s, and I found that Mother Eritrea, English and all, was the right name.

It is impossible to talk about the novel without talking about the character Selam. Selam is Yoni and Sami’s mother and the title character Mother Eritrea: a woman who did everything to raise her children. She had to endure years of prostitution, menial jobs, and even living with a ‘torrserawit’, all to ensure that her children were fed, clothed, educated and unharmed. She is the representation of the Eritrean mother who, for the sake of her children, would risk her life, her honor, and (as she says herself in the novel) possible eternal damnation. By doing so, she also runs the risk of being judged by her own children. In fact, it is only as an adult that her son Yoni truly understood her sacrifices and her reasoning: “prima la pancia piena, poi la morale” (Translation: first the food, then the morality). 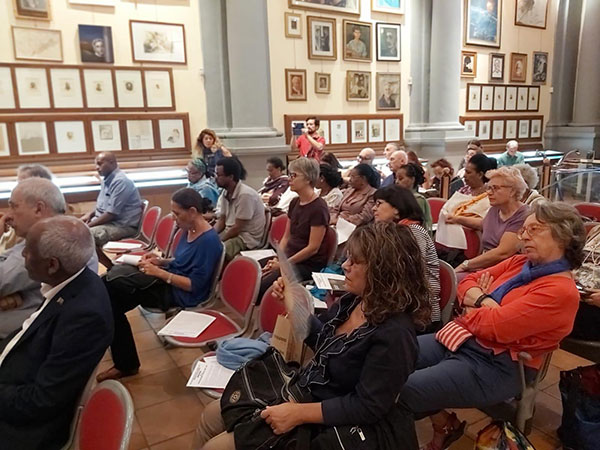 So far, I have only explained the reasons for which I find this book to be so great. Now I will say why I thought it was one of the best books I have ever had the pleasure of reading.

Personally, I find that the best books are non-conformist: they refuse to fit into a single genre. Mother Eritrea is a historical novel, yet it is also a story about family, brotherhood, and love. It contains within it witty humor while still being a tragedy. It is a coming-of-age story but also an adventure.

Secondly, the best books go beyond the experiences of the characters it describes. The best books can transcend time and space, borders and generations, and can allow readers from anywhere in the world and readers of every age to relate because books like Mother Eritrea go beyond the Eritrean experience. In a way, they describe the collective human experience. And who can’t relate to that? This is certainly a book worth reading and re-reading, as it is worth translating and adapting into a film.

To conclude, I include another quote from the introduction, also written in the book’s back cover:

Translation: “I understood then that I needed to find a different way to present my narrative: more enthralling and engaging because real information expressed in a cinematographic manner is more fluent and compelling. If I have reached this objective, it is for my readers to decide”

Daniel Wedi Korbaria, with this novel, you have definitely reached your objective.