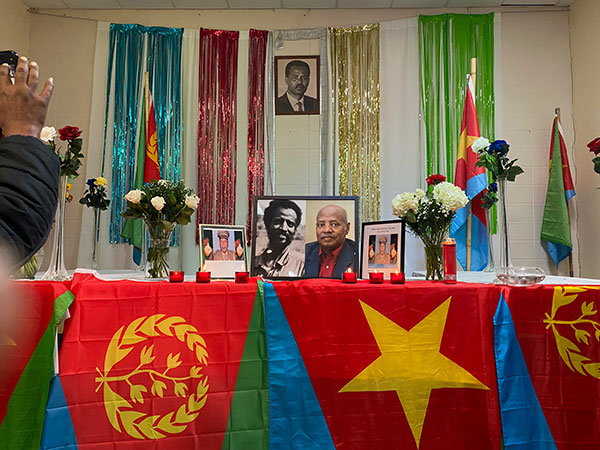 Asmara, 21 November 2021- Eritrean nationals residing in various Scandinavian countries, Russia, and the US organized memorial service on the passing away of veteran freedom fighters Mr. Alamin Mohammed Seid, Secretary of the People’s Front for Democracy and Justice, and Brig. General Negash Tesfatsion. 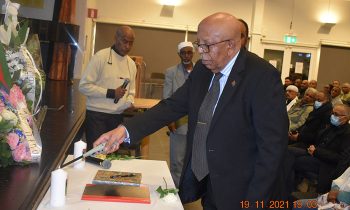 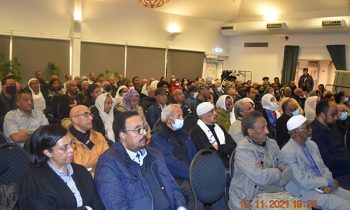 At the event organized in Stockholm, Sweden, Mr. Yonas Mana, Charge d’Affairs at the Embassy of Eritrea in Sweden reminded the nationals to implement the trust of the fallen heroes by reinforcing their participation in national affairs as well as work to transfer the noble examples and history to posterity. 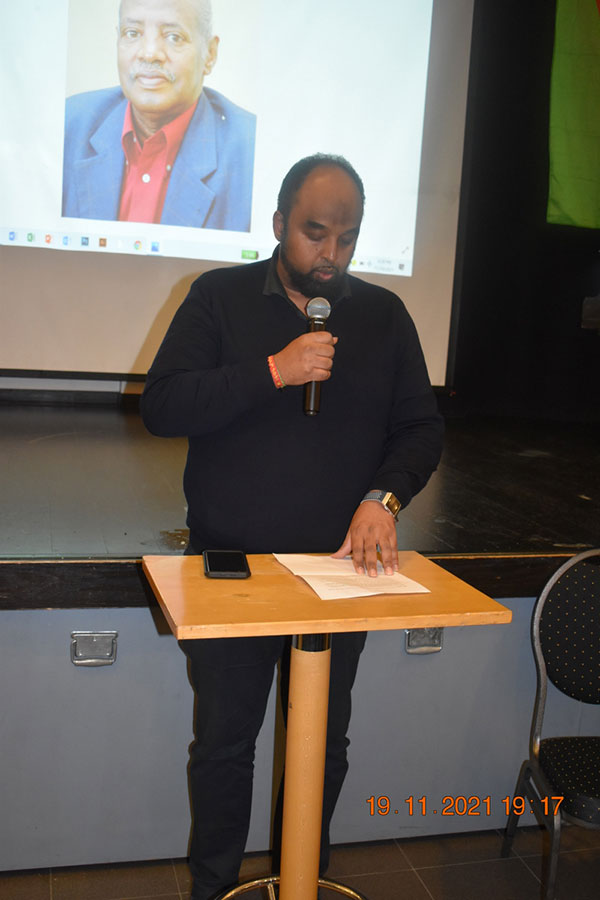 Indicating that the memorial service is a program to renew our pledge to implement the trust of our martyrs by strengthening contribution, Mr. Sirak Bahlibi, Head of Public and Community Affairs on his part called on the youth to raise awareness and strengthen organizational capacity with the view to reinforce participation in national affairs.

At the event, a brief history of the veteran fighters Mr. Alamin Mohammed Seid and Brig. General Negash Tsfatsion was presented.

Similar memorial services were organized in several cities of Sweden and Norway including Uppsala, Orebro, Umea, Jonkoping, Oslo, Stavanger, Bergen, among others.

In related news, the Embassy of Eritrea in the Russian Federation organized a memorial service in a virtual format in which a number of nationals residing in Moscow and other cities of Russia participated. The nationals expressed readiness to reinforce contribution with the view to implement the trust of the fallen heroes. 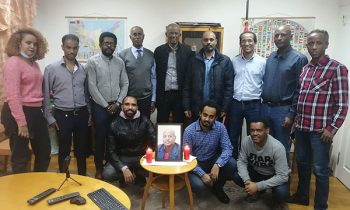 Nationals in Minnesota, the USA also organized a similar memorial service on the passing away of Mr. Alamin Mohammed Seid, Secretary of the People’s Front for Democracy and Justice, and Brig. General Negash Tesfatsion. 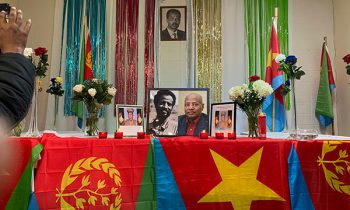 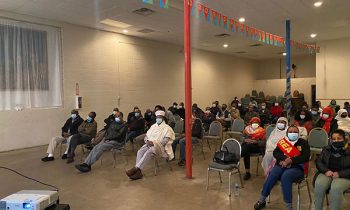