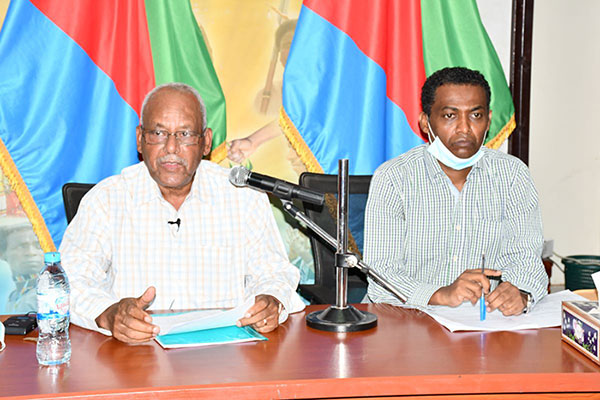 Asmara, 02 December 2021- At a seminar conducted on 28 November, Eritrean nationals in Juba and its environs expressed resolve to strengthen participation in the national affairs.

At the seminar, Mr. Tsegay Mehari, head of Consular Affairs at the Eritrean Embassy gave an extensive briefing on the objective situation in the homeland and regional developments and called for strengthening political, diplomatic and media activities.

Explaining the external conspiracies aimed at disrupting the peace and cooperation initiatives prevailing in the region, Mr. Fuad Mohammed, head of Public and Community Affairs at the Embassy, called on nationals to reinforce participation in the national affairs as in the past. 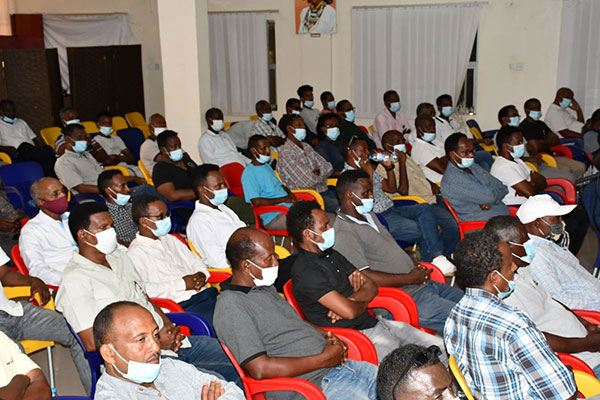 The participants on their part said that such seminars have significant contribution in developing the understanding of nationals on the objective situation in their homeland and the region and called for its sustainability.

In the same vein, the National Union of Eritrean Women Board in Europe held its annual meeting on 27 November.

At the meeting in which representatives from Denmark, France, Germany, Italy, the UK, Norway, Sweden and Switzerland took part, the participants conducted extensive discussion on the activity report presented and adopted various recommendations.