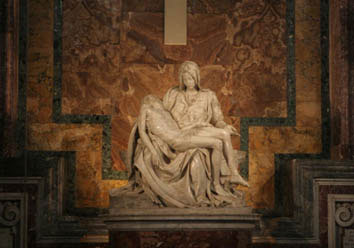 Artists are after God the only real creators in the physical world. In fact, they have the capacity to become co-creators along with the divine, being if they can put all their intelligence and their utmost effort to produce a work of art.

Scientists may invent or modify. But what is assumed as invented is often something that was already there, in the physical world, and it is simply discovered by the tenacious and persistent worker who works at it out of necessity.

The artist doesn’t work, as the inventor, out of necessity, but from sheer inspiration. And the ingredients that the artist makes are not of this world. The artist doesn’t invent or modify. He/ she simply creates. The music of Beethoven and the paintings or sculptures of Michelangelo are works of art of the highest degree and they are physical representations of spiritual truths. 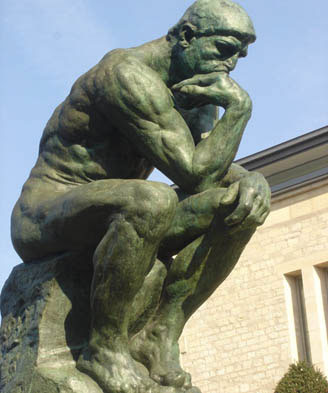 The appearance of television or an airplane or even a computer can at the most astonish or awe the observer, but it can never inspire. One is simply marveled at any new invention while one is taken up to the seventh heaven before a work of art.

No one weeps or is filled with spiritual bliss at seeing the Concorde (the most beautiful plane, in the world, they say) fly or the Symphony of the Seas (the largest and most modern ship in the world) plow its way on mighty oceans. But let someone just take a glance at Michelangelo’s Pieta or Listen to Handel’s Messiah, and one feels himself soaring in the immensity of the universe.

If therefore artists are the medium through which the creator expresses one of his attributes in the physical worlds, then they should give serious heed to their call or vocation and pass the ‘aesthetic message’ in its purest form. They should never take their work lightly and should consider themselves as endued with divine power to change the hearts of humankind.

Man has always been deeply attracted by art. From early times people thought that the gods were pleased by the statues or paintings that adorned temples and holy places erected to commune with them.

The best artists were commissioned to produce representations of the divine. Animals, thought to represent different attributes of the deity, were made to incarnate the abstractions of the spiritual worlds through the nimble fingers of the sculptor and the painter. And the sons of gods came down in the form of artistic productions to intercede between mighty warrior gods and subdued earthlings.

So we have graven images of the jackal, the owl, the eagle, and even the cat in the holy temples of ancient Egypt. And we have the Olympian gods immortalized in marbles in the Greek temples. And those who worshipped these artistically executed idols could easily commune with the other world and hope for the ultimate liberation of their souls.

Music on the other hand has been considered from time immemorial for the appeasement of gods of various temperaments. The angry god will stay his hand from striking the wicked doer at the sight of a consummate work of art and will come to himself at the sound of divinely inspired music.

This being the case, the first people to use this art to get divine favor were the priests. They sang to soothe the ‘bloodthirsty’ gods. At times they sang and chanted non-stop lest Dragon or Moloch (the Canaanite gods) might not change their minds in mid-song and cause the sky to fall on the temple.

Sometimes even the gods who created mankind in the highest aesthetic form could not resist the temptation of coming down and contemplating the majesty of man’s physical body. 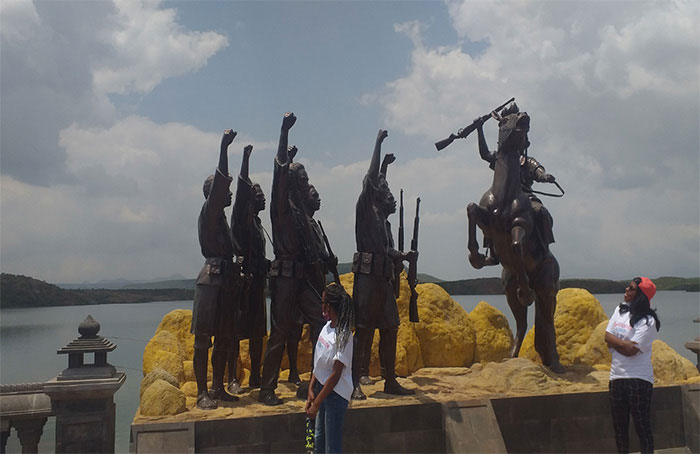 However, nowadays, there is a corruption of the arts that result in aesthetic decadence. Those who produce ‘work of art’ for money or fame are to blame for the perpetuation of such a crime.

Let us start with painters. Although from time to time we are witnessing good art displayed in showrooms and exhibitions, most of the time artists are acting as ‘false prophets’ misguiding the laymen in general and the sincere artist in particular.

Are they inspired by the muses or money?

One day a certain father saw his son painting and was assailed by a mixed feeling of pride and apprehension.

The son looked up and said, “Father, I want to become a great painter.”

“You will remain poor,” warned the father,

“Then you will become a great painter,” concluded the father.

Art is not something that money produces or something that is supposed to produce money. Art is an inspiration accompanied by a lot of perspiration. It needs detachment from all that is related to money, fame, and the baser appetites of life.

Art is creation, from nothingness. It demands bold experimentation, the probing of the human spirit, the delving into the spiritual and physical needs of mankind. Real art should be able to talk to the heart and to the soul with the aim of changing attitudes, thoughts, and feeling for the better.

It should be in the service of mankind, showing the way that leads to a continuous fulfillment of man’s aspirations, hopes, and wishes.

Naïve might be the word coming out of your mouths but let’s take a moment and think, the greatest artists in history never embarked on their journey of daintiness and creation to make money, they were simply inspired.

Remember Beethoven’s 5th Symphony, Shakespeare’s Macbeth, Hugo’s Les Miserable’s, Rodin’s The Thinking Man, and Michelangelo’s The Last Judgment, just to mention a few. The light and inspiration that emanate from these works of art are like guiding stars in our artistically and aesthetically confused world of ours.

“I always Toil to Show the true Image of my Country”, Wedi-Korbaria