Statement by Minister Osman Saleh, On the occasion of the 73rd Anniversary of the Universal Declaration of Human Rights 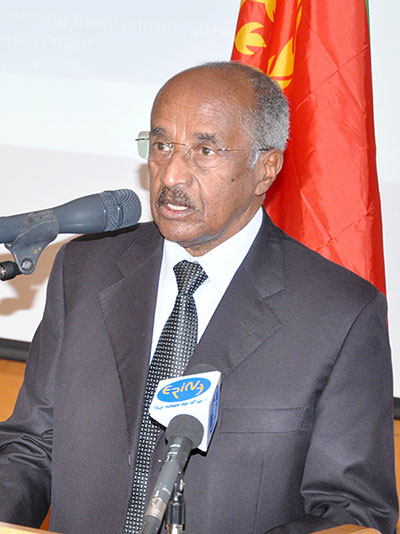 Minister of Foreign Affairs of the States of Eritrea

We are gathered today in honoring the 73rd Anniversary of the Universal Declaration of Human Rights. An instrument which lays the foundation for the progressive development of international law in general and specifically Human Rights Law and it is also a historic commitment to the ideals of humanity.

The universal adoption of the document is also a clear reminder and indication of the collective nature of the responsibility to protect, respect and fulfill the ideals and principles of the declaration. No country is a Champion in this respect and every aspiration should be applauded! Despite the economic inequalities, we cannot achieve such novel ideals with criticism, naming and shaming but with partnership and cooperation. We cannot also trade such ideals for narrow geo-political interests and use them as a tool for intervention in the internal affairs of sovereign states.

Globally the Universal Declaration of human rights promise is yet to be fully realized and has stood the test of time in enduring its perennial values to build sustainable peace and development of societies. Every nation faces human rights challenges and recognition of this reality remains an important drive to responsibly contribute to the collective effort of world communities. In this regard, engagement and international cooperation remain a necessity to avoid the politicization of human rights.

In this important occasion I would like to highlight the continued irresponsible use of unilateral sanction by the USA against the State of Eritrea;

It is evident that unilateral sanction imposed on States and their instrumentalities, including high ranking officials violates the basic violation of the fundamental principles of the UN Charter, i.e. sovereignty, self-determination, sovereign equality and respect for the independent exercise of sovereignty of states to freely determine their own form of economic, political, cultural and social development.

Unilateral coercive measures also violate the underpinning principles and purposes of the UN Charter- non- use of force or threat of use of force, peaceful settlement of disputes and development of friendly relations among nations. 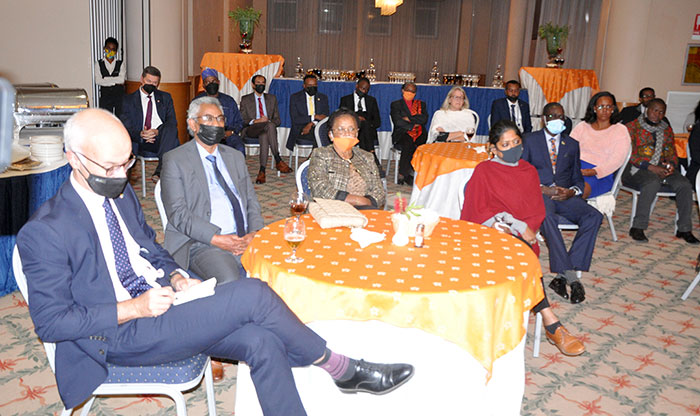 It is also a violation of the 1948 Universal Declaration of Human Rights, the Covenant on Civil and Political Rights and the Covenant on Economic, Social and Cultural Rights, as well as the right to development. It is also a prima facie violation of the 2004 UN Convention on State Immunity and International Law Commission Draft Articles on State Responsibility, which some of its provision attained the status of Customary International law.

The Vienna Declaration and Program of Action calls upon States:

To refrain from any unilateral measures not in accordance with international law and the Charter of the United Nations that creates obstacles to trade relations among States and impedes the full realization of the human rights set forth in the Universal Declaration of Human Rights and international human rights instruments, in particular the rights of everyone to a standard of living adequate for their health and well-being, including food and medical care, housing and the necessary social services. The World Conference on Human Rights affirms that food should not be used as a tool for political pressure.

The imposition of unilateral coercive measures is also inconsistent with and violates several General Assembly and Human Rights Council resolutions, without mentioning the details.

Finally, I would like to call upon the UN and its members to exert continuous efforts to uphold the purposes and principles of the Charter and declare all acts of unilateral sanctions illegal and also condemn and take measures against perpetrators of such acts.

I would also like to thank the UN-Eritrea for organizing this important event and for their continuous engagement and support in several areas. I would also like to reiterate Eritrea’s commitment to consolidate efforts in the protection and promotion of human rights and to promote its engagement and cooperation on the basis of mutual respect, understanding and benefit. Eritrea will also support initiatives that maximize the efficiency and effectiveness of the international human rights system.

Remarks by Ms. Amakobe Sande On the Occasion of the International Human Rights Day