The Role of Music in Reinforcing Eritrea’s Identity, Consciousness, and Determination 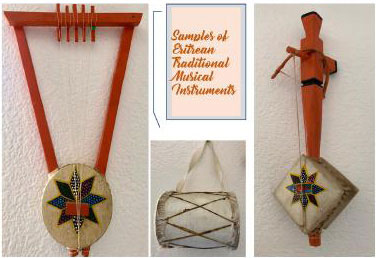 Albert Einstein said, “If I were not a physicist, I would probably be a musician”. A famous musician Madonna, noted, “Music makes the people come together. Music mixes the bourgeoisie and the rebel”.

It sounds like music is the most popular language that helps people find their identity.

This is an attempt to examine how music strengthened the Eritrean identity, raised sociopolitical consciousness and uplifted peoples’ determination to defend national sovereignty.

Eritrea’s coastal location has long been an essential part of its history and culture. Eritrea is an Italianized version of “Mare Erythraeum,” Latin for “Red Sea.” The Red Sea was the route by which Christianity and Islam reached the area in the first millennium. In addition, the Red Sea served as an important trade route to the Pharaonic Egyptians and Ottoman Turks. 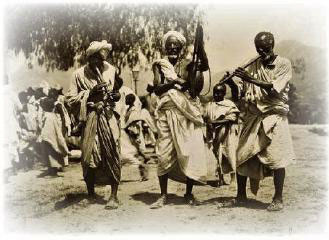 Identity is a subpart of culture, and the narrative of the nine nationalities makes up Eritrean Identity: Tigrinya, Tigre, Kunama, Bilen, Nara, Saho, Afar, B’dawyt, and Rashaida.

A picture taken in the 1920s portrays Tigre’s ethnic musical performance. Today, after 100 years, the way they dress up, dance, celebrate weddings, birthdays, and other social events make their narrative expressed by music, for there is no party without music. Some iconic traditional artists of the 1930s and 40s were Mohammad Hiyabu, poet and singer (in B’dawyt), Idris Amir (in Tigre), Adem Idris (Nara), etc.

The Concise Oxford Dictionary defines music as “the art of combining vocal or instrumental sounds (or both) to produce beauty of form, harmony, and expression of emotion.” According to the above definition, Eritrea has a long history of folk music and religious ritual with Christianity and Islam. The nine nationalities in Eritrea have their musical instruments, beats, and rhythms used in their respective localities.

They use different types of instruments, except they have the drum in common. The drum may have a different size, shape, and name, but the drum sets the beat and rhythm in each ethnic group’s traditional music.

Drum is known as Kubbur (Nara), Kalambura (Bilen), Kabro (Afar), Kebero (Saho and Tigrinya). The first Eritrean marching band was established in 1890, almost when Eritrea was constituted as an Italian colonial settler state. With the advent of Italian colonial rule, modern musical instruments were introduced, and skills were learned as an apprentice.

In the early 60s, Eritrean artists incorporated the newly learned trade with the original traditional culture and produced modern Eritrean music. This new contemporary music was heavily influenced by western Jazz and Blues transmitted by “The Rock of East Africa” 24-hour radio station in the U.S. military base at Kagnew Station. 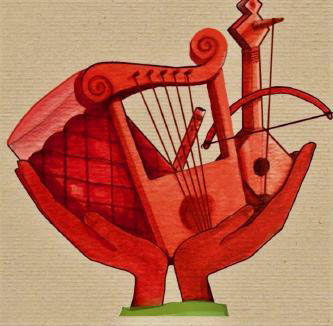 The early Eritrean artist of the 1950s, Mr. Atewebrhan Segid, sang Blues to express malcontent with the sham federation between Eritrea and Ethiopia using “kirar” on stage. The artist openly exposed the Ethiopian conspiracy of divide and rule policy along with a religious and regional basis to control the Eritrean people.

In 1954, Mr. Alemayo Kahsay formed an Indigenous Theater Association and started to teach plays. In 1961, the association developed into Mahber Theater Asmara to standardize music in Asmara. However, it took half a century for the artists to combine traditional instruments with modern equipment. At this time, we have the rebirth of contemporary Eritrean music.

In the 1960s, some notable artists started to protest using metaphor or allegory to get their messages to the people regarding the illegal annexation of Eritrea by Ethiopia in violation of the United Nations approved federal agreement.

During the armed struggle, in 1976, the Eritrean People’s Liberation Front (EPLF) realized the importance of music and organized a diversified cultural group from the rank and file of the freedom fighters, including all the nine nationalities Eritrea. In a short time, many skillful musical artists developed from the cultural group. In coordination with the “Voice of the Masses” radio station, transmitted a successful program that uplifted fighter’s morale, recruited young enlists, and reached out to the public at large. Most importantly, music was used to intimidate and demoralize the fighting willpower of enemy soldiers.

After independence, musical art flourished, new training centers for the youth were established to serve the process of national development and in defense of national sovereignty. The Shingrua program is one-of-a-kind training that reaches out to different cities searching for young talents in musical art. In addition, the six regional administrations are assisted in developing a national cultural heritage program that competes annually in the summer national festival in Asmara. Winners are awarded financial incentives.

In brief: The role of musical art before the armed struggle made significant contributions in raising social awareness and gradually enhanced political consciousness among the Eritrean people; when its leadership was exiled or in jail by the successive colonial rulers of Ethiopia.

During the armed struggle, the cultural groups were instrumental in reaching out to the public at large. In addition, their music was used to combat enemy propaganda after independence music continued to serve as a catalyst for nation-building and fight against an existential threat on all borders.