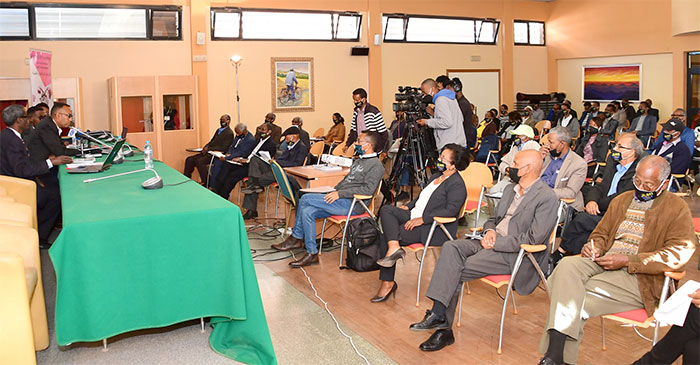 Organized by the Ministry of Justice (MoJ), Law Week was held from 6-11 December featuring a variety of events and programs. The Law Week, which was conducted under the theme “Law and Nation Building”, was attended by a wide range of audiences — from elementary school children to senior citizens in their eighties; government and PFDJ officials; staff of the Ministry of Justice, the courts and the prosecution; representatives of the public, the Eritrean Diaspora and students.

Mr. Aman Habtzghi, staff member of the Criminal Affairs Research Division of the Attorney General’s Office, said that the Law Week, a nation-wide initiative that was planned a long time ago, aimed at promoting community awareness and understanding of the law and the legal system of Eritrea. To this end the MoJ planned a range of activities, including seminars, presentations of research papers, pro-bono legal services, exhibition, special program for Eritreans in Diaspora, general legal knowledge competitions, programs for students and different social activities.

Mr. Aman added that the main objective of the Law Week was to enhance efficient community participation in the legal system and to get feedback directly from the public so as to contribute to the nation building process. Increasing the public’s knowledge about the law and legal matters through legal awareness campaigns ensures, among others, efficient public participation and enhances the public’s trust and confidence in the justice system. Trust and confidence of the public is essential in determining the efficiency of the legal services provided and plays a significant role towards the full realization of the overall nation building endeavors.

The Eritrean society has a tradition that addresses different socio-economic issues and settles disputes peacefully in accordance with the age-long customary laws. Most of the customary laws in Eritrea have been codified, with some dating as far back as the 15th century. This tradition is embedded in the social fabric of the Eritrean society and is part of the rich Eritrean cultural heritage. Considering the need to maintain the indigenous social values, on the one hand, and the need to cope with the dynamics of the socio-economic, political and cultural developments, on the other, it is necessary that the customary rules and procedures are adapted. 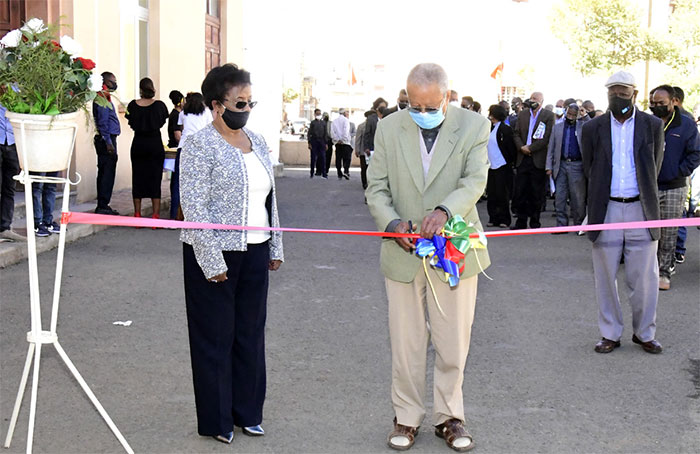 Mr. Aman further said “the feedback was very inspiring and we can understand how important and effective it was from the opinions we received, questions raised at the seminars and the number of participants.”

One of the programs conducted by judges and prosecutors was the pro-bono legal service, which aimed to help people have a clear understanding of their legal issues, to promote awareness on how the legal system works, to help people make better decisions by anticipating and avoiding problems and to help them understand the type of legal support they need and how to get it. As it is the MoJ’s primary task to ensure access to justice, the pro-bono legal service was offered freely throughout the country.

A special program concerning legal issues was also given to Eritrean citizens who reside abroad as part of the Law Week. Experts from the MoJ gave briefings on issues that are of particular concern to the Eritrean Diaspora such as issues of nationality, the national service, customs regulations, the nominal Rehabilitation Tax for nationals in the Diaspora and their rights and obligations in relation to personal cases. This outreach program was significant in such a way that it signals the level of attention given to the needs and concerns of citizens abroad.

Different research papers were also presented on law and nation building, Eritrea and international law, implementation of the major Codes of the 2015, technology and administration of justice and drafting and consolidation of laws. This has demonstrated the capacity of the young lawyers, who make up the backbone of the MoJ’s staff. The average age of the MoJ’s personnel is 35 with an average work experience of eight years.

A program targeting students from elementary to secondary school level was also part of the events organized for the Law Week. This was conducted to educate the students about what is right or wrong under the law. Although children under 12 cannot be held accountable for criminal cases, they still need to understand the acceptable and unacceptable behaviors within the community they live because these cases will be categorized into legal and illegal matters when they turn 18 with attendant labilities for indictment if when committed thereafter. 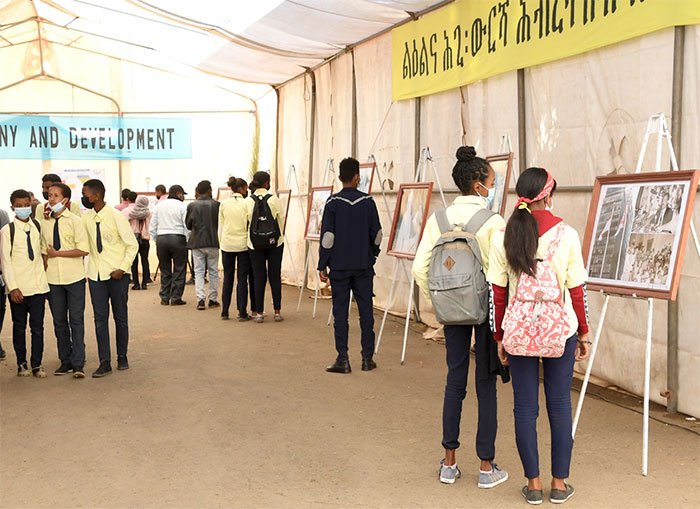 An exhibition was also organized at the premises of the MoJ by interested citizens and institutions, including Mr. Fitsum’s documents of customary laws and colonial period legal documents. This has demonstrated the cycle of legal documentation, the structure of the MoJ, the newly drafted legal codes of Eritrea, among others. The social activities conducted included planting trees, cycling competition and blood donation.

Regarding future plans of the MoJ, Mr. Aman said that in addition to programs that are aired on radio and television and articles published in the newspaper, the MoJ is considering producing drama aimed at raising the public’s awareness about legal matters. To extend pro-bono legal services, the MoJ is also considering the introduction of legal service clinics.

The Law Week, the first of its kind in Eritrea, will continue to be held in a better organized fashion with a view to reaching out more people.

The Nurenebi File: A Review