Eritrea- A Country Born in the Struggle for Human Rights 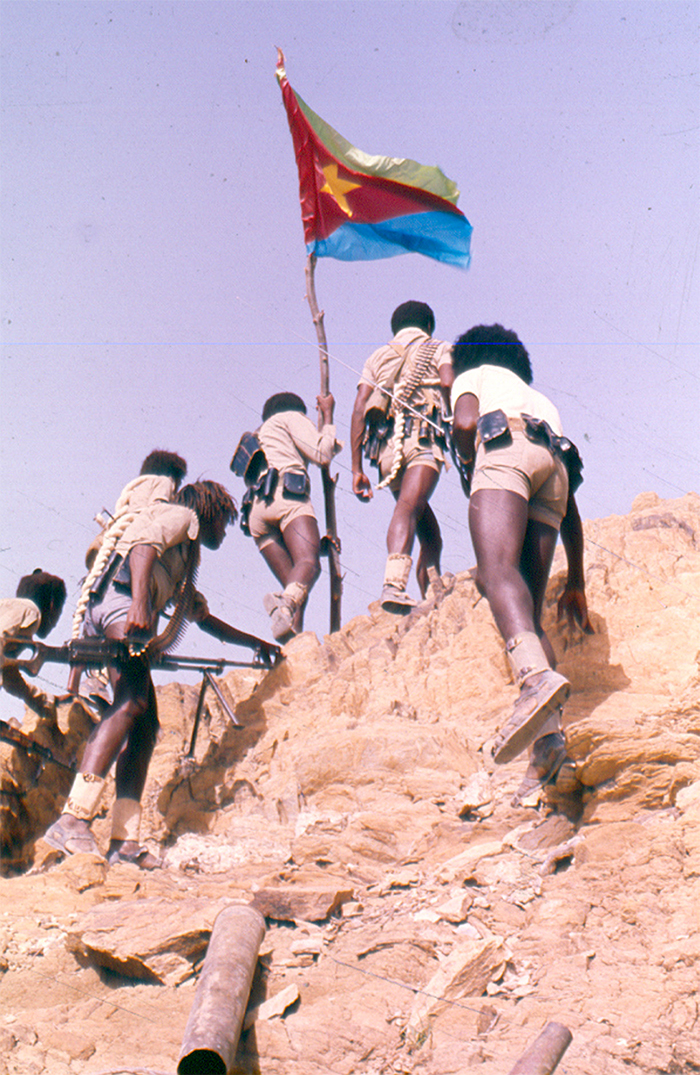 Seventy-three years after the United Nations adopted the 1948 Universal Declaration of Human Rights and forty years after the Organization of African Unity (OAU) adopted its own African Charter on Human and Peoples’ Rights, the human rights situation in Africa remains, as is broadly the case elsewhere, work in progress. Still, many strides have been made towards combating poverty, instability, social exclusion, extreme inequality, ignorance, and disease. Human dignity is an inherent property of human beings. The first sentence of the Preamble of the Universal Declaration of Human Rights refers to the “inherent dignity and of the equal and inalienable rights of all members of the human family is the foundation of freedom, justice, and peace in the world.”

Human Rights Day is observed by the international community every year on 10 December. Conscious of the importance of human rights, the International Human Rights Day was celebrated in Eritrea, attended by senior government officials, UN officials, and diplomats of various nations in Eritrea. Speaking at the event, Mr. Osman Saleh, Minister of foreign affairs, stated that the universal declaration of human rights should not be used as an instrument to enforce narrow geopolitical interests and as an excuse to intervene in the internal affairs of countries. He also mentioned the incessant hostility of US against Eritrea by saying “the irresponsible unilateral sanction of America on Eritrea is a breach to the principles of sovereignty, self-determination and independent choice that were enshrined in the UN charter.”

A careful look at history reveals that the rhetoric and reality of the western world with their ample institutions have been diametrically opposite. In 1948, George Kennan, a prominent member of the US administration stated that “The less we are then hampered by idealistic slogans [such as human rights], the better.” The western world, in the name of human rights, intends to control countries that seek to follow an independent path. Noam Chomsky, the celebrated scholar and esteemed public intellectual who has long critiqued the unjust policies of global powers, reveals the facts behind external intervention: “Preservation of the fifth freedom [freedom to rob and exploit] quite regularly requires measures that tend to harm human rights and living standards, and with meaningful steps towards democracy, governments will tend to be more responsive to domestic needs, thus threatening our control of the human and material resources that must be at our command if we are to “maintain the disparity.”The historical record (e.g. during the Cold War and quite intensively after 1991) shows with great precision that, only when the fifth and fundamental freedom is threatened does the west get roused.

Despite the unfair treatment it has received, Eritrea is working steadfastly to advance the political, civic, economic, social and cultural rights of its people. The government is providing free education and health services to the people. Women, children, citizens with disabilities and others who deserve assistance are respected and protected. The policies of unity in diversity and social justice have strengthened national cohesion and solidarity. It has made tremendous progress to make Eritrea a country of justice and equality where dignity and basic human rights are respected. Despite all the commendable success it has achieved, however, the government is far from being complacent. In national and international forums of various levels, the government used to say: “Our achievements fall far short of our aspirations.”

The history of Eritrea is one of numerous struggles for human rights. The struggle that Eritreans have conducted for their independence is a struggle for human rights and part of the global struggle against injustice, alienation, exploitation and violation. Evidence reveals that the country has borne the brunt of man’s inhumanity to man in an unprecedented manner. The people of Eritrea was dehumanized through colonization- white and black, ignored by the east and west; and after independence they are subjected to open military aggression, psychological warfare, political and diplomatic intrigue, human trafficking, illegal sanction and so on. Eritrea is a nation born in the struggle for human rights and ensuring the welfare and dignity of its people continue to remain the top national priority.

The full participation and inclusion of all people in societytogether with the promotion and protection of their legal, civil and human rights is a priority in Eritrea. The government has adopted policies to achieve a just and equitable society. Eritrea is a safe, peaceful, stable nation with remarkable harmony among its diverse population. Every citizen has the right to actively and meaningfully participate in all national affairs. The 1986 United Nations Declaration on the Right to Development enshrines an “inalienable human right by virtue of which every human person and all peoples are entitled to participate in, contribute to, and enjoy economic, social, cultural and political development, in which all human rights and fundamental freedoms can be fully realized.” Eritrea seeks to foster the broadest participation of its citizens, at home and abroad. The 2030Agenda for Sustainable Development, in particular, Sustainable Development Goal 16 calls on States to “Promote peaceful and inclusive societies for sustainable development, provide access to justice for all and build effective, accountable and inclusive institutions at all levels.”Eritrea is committed to sustainable and equitable development which supports the material, social and cultural aspirations of the people.

Eritrea has become an island of stability in one of the more troubled areas of the world. The government pays a particular attention to the economic, social and cultural rights as a guarantee for the enjoyment of civil and political rights. The national charter of Eritrea (1994) stressed the importance of economic and social democracy for a meaningful public participation and stable foundation. The document further defines social justice as a means of “narrowing the gap between the haves and have-nots, ensuring that all people have their fair share of the national wealth, and can participate in the political, social and cultural life of the country, to creating balanced development, respecting human rights and advancing democracy.” In the last few years of independence Eritrea has managed to create institutions that ensure that all people have equal rights and a chance to improve their lives, and access to justice.

The principle of interdependence means that all human rights, whether they are considered civil, cultural, economic, political or social, are closely connected and cannot be fragmented. Eritreans understood that it is their right to make Eritrea a country of justice, law, and peace.The people and the government are irrevocably engaged in a merciless struggle against any form of injustice. Eritrea paid a heavy sacrifice for her dignity and liberty. In Eritrea human rights are not a political card to be played, but a heroic goal to accomplish, and the country’s understanding of human rights is holistic one that includes cultural, social, economic and political rights. All international human rights treaties enshrine cultural, social and economic rights indivisible from political rights. The Universal Declaration of Human Rights (article 27) states that“Everyone has the right freely to participate in the cultural life of the community, to enjoy the arts and to share in scientific advancement and its benefits.”