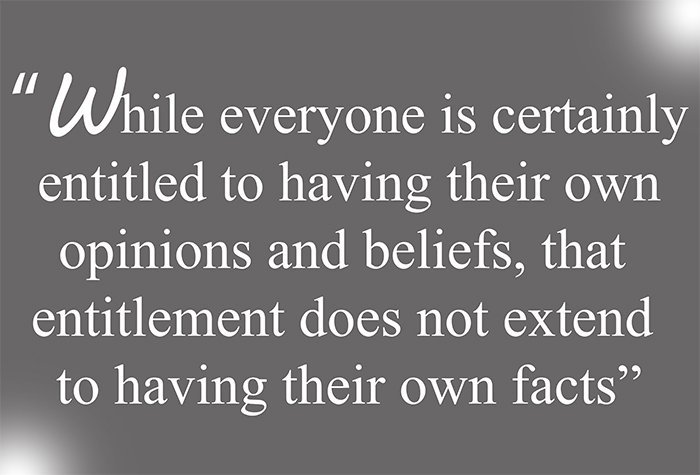 I could not help but recall this quote this week as the New York Times published a truly unbelievable article about the ongoing conflict in Ethiopia. In the piece, “The Nobel Peace Prize that Paved the Way for War”, the author Declan Walsh, who has a really nasty habit of writing one-sided, decontextualized, and extremely flawed articles about the region, plunged the credibility of Western reporting to whole new depths with the use of his own “facts”. Conveniently relying on unnamed, unidentifiable sources and the always credible words of trustworthy TPLF officials, he accuses Ethiopia’s Prime Minister Abiy Ahmed and Eritrea’s President Isaias Afwerki of secretly planning a military campaign against the TPLF long before the conflict erupted in November 2020. The indelible, incontrovertible facts, however, are much different.

Recall that exciting winds of hope and optimism began to unfold in the Horn of Africa in 2018, as the countries of the region came together in a new spirit of peace and cooperation. These developments were greeted with sheer euphoria by the people of the region and much-lauded by all.

However, the TPLF, which had earlier been swept from power in Ethiopia on the back of years of popular opposition and protest to its extremely repressive, corrupt rule, began doggedly working to scuttle the positive developments. The group, which had maintained power for nearly 30 years through absolute force backed by the unconditional financial and political support of some Western states, sought to block the positive developments and stymie any efforts at reform or change. Deeply bitter and resentful about its loss of power and control over looted state resources, the TPLF retreated from Addis Ababa to its base in Tigray Region. From there, it worked relentlessly to promote conflict, tension, and chaos. This included supporting violent, subversive groups, inciting ethnic violence, and sponsoring assassinations, all in the hopes that the resultant instability and insecurity would prevent and roll back the reforms underway and ultimately topple Ethiopia’s Federal Government. This would, according to the group’s calculus, allow it to evade accountability for its decades of crimes and even help it sneak back into power to restore its former dominance.

All throughout this period, the TPLF was also actively preparing for war, stockpiling and secretly stashing weapons across the country (even burying caches) for later retrieval, funding and planting sleeper cells, and training over 250,000 militias and Special Forces (by embezzling and diverting development funds). Additionally, it stoked tensions and dangerously ratcheted up violent, extremist, and hateful speech, while completely rejecting – and even mocking – all overtures for peace or constructive dialogue, including mediation efforts from respected elders and community leaders. Almost daily, high-level officials conducted interviews and made speeches boasting about the TPLF’s military prowess and capabilities, while parades and displays of troops and military hardware were frequent.

In stark contrast to the distorted web of alternative facts spun by Declan Walsh, this is the true historical backdrop to the brutal, reckless attack that the TPLF launched on all contingents of Ethiopia’s Northern Command on the night of 3 November last year. According to several sources, between 3,000 and 6,000 federal troops were callously slaughtered in the attack (many as they were sleeping and defenseless). Thousands more were maimed and forced to flee. The TPLF’s objectives – which it openly boasted of – were to take control of the Northern Command (which possessed 80% of Ethiopia’s entire weaponry) and then march to Addis Ababa in order to topple the Federal Government. The plan also involved the goal of invading Eritrea to implement “regime change” and incorporate large swathes of sovereign Eritrean territory into Tigray Region.

Not only does Walsh attempt to use his own alternative facts and sheer falsehoods to rewrite the lead up to the war, he also completely ignores other major facts. Apparently, since they would sink his flawed narrative, these inconvenient facts are better left unmentioned. Prominent among these is the fact that the TPLF militarily occupied Eritrea for two decades, in contravention of international law. Across these years, it also launched over a dozen military incursions and attacks against Eritrea, while repeatedly and openly threatening regime change – all in violation of the UN Charter.

After 2018, when the entire region had come together in a spirit of cooperation and peace, the TPLF refused to vacate occupied territories and even physically obstructed federal troops as they sought to move away from the border. The TPLF also rejected any and all proposals to establish and institutionalize cross-border processes. Instead, it was amassing troops and moving heavy weaponry toward sensitive areas alongside the border, digging and fortifying trenches, and even attempting to infiltrate into Eritrea with armed criminals and sleeper cells.

Walsh’s latest story is consistent with his well-worn pattern. Throughout the past year, the narratives that he has consistently sought to enmesh in the public consciousness, often heavily tinged with neocolonial and racist undertones, have been characterized not only by “mere” errors and inaccuracies, but whole-cloth falsehoods. Without citing any evidence (and only referencing his own statements or those of discredited sources), he was the first to accuse the Ethiopian government of ethnic cleansing in Tigray Region. Months ago, during Abiy’s inauguration, Walsh was also pilloried for reports and comments that were hobbled by inaccuracy and easily verifiable mistakes. Prior to that, of course, following a report that will never be forgotten by those from the region, he was rightly shamed and heavily criticized for his base attempt to reframe child soldiers forcibly conscripted by the TPLF as “highly motivated young recruits”.

Some years ago, in an article for Salon, Noam Chomsky, the celebrated linguist and social activist, described the New York Times as “pure propaganda”. Can anyone who reads Walsh’s latest story or general coverage of events in the Horn of Africa reasonably argue otherwise?

Eritrea- A Country Born in the Struggle for Human Rights