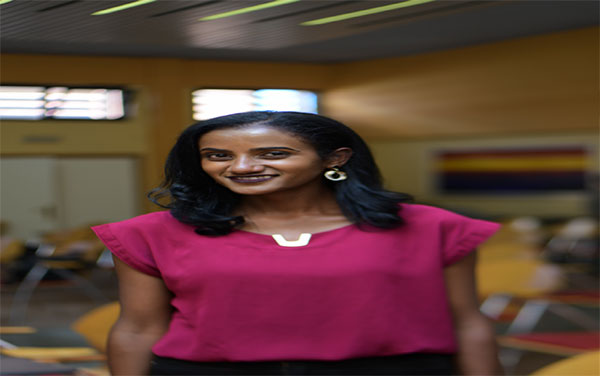 “Not knowing the law will not absolve you from being responsible” is a saying we always hear when crimes are committed by people who are absolutely oblivious to the law. Available statistics show that some offenses stem from lack of knowledge on the law. In an attempt to increase the public’s awareness about legal matters and the legal system in Eritrea, The Ministry of Justice organized events that lasted for a week, 6-11 December. Following is an interview with a participant at the events held during the ‘Law Week’.

Thank you! My name is Lu­wam Mogos. I was born in 1996 in Asmara and enrolled in several schools in Asmara. I went to Sawa in the 27th round, sat for the matric­ulation exams, and scored a grade to study for a first degree. I joined the College of Arts and So­cial Sciences at Adi Keih and then attended the School of Law in As­mara. I wrote my senior thesis on international law, under the title ‘When Politics Tampers with Law: The Withdrawal of Qatar from the Eritrea-Djibouti Mediation Agree­ment and Its Responsibility un­der International Law’ which was awarded as the Best Senior The­sis at the School of Law, Class of 2020. I graduated with distinction and am now working as a public prosecutor at Adi Quala, Southern Region. 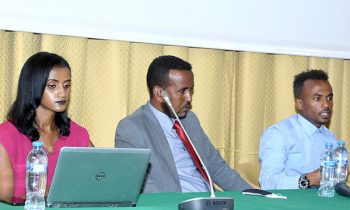 ‘Law Week’ was a week-long program conducted by the Minis­try of Justice, and it aimed at rais­ing the legal awareness of Eritrean citizens. As part of that, many law-oriented seminars were conducted and pro-bono legal services were given. As part of the legal aware­ness seminars, one was conducted under the title ‘Eritrea and Interna­tional Law’. It aimed to inform the public on the encounters of Eritrea with international law and the over­all development of the relationship of Eritrea with International law. So, my role was to give a presenta­tion on the process of the incorpo­ration of international treaties and agreements into the national laws of Eritrea. I prepared the presenta­tion based on research papers writ­ten on the issue, one written by Ali Osman Ali and the other by Senay Woldeab.

The Customary Laws of Eritrea are the laws that dictated the lives of our ancestors. They had so much significance in ensuring the coher­ence and tranquility of the societ­ies that created them because they reflected their traditions and way of living. In spite of their great con­tribution toward safeguarding the peace and unity of the societies, most of the customary laws did not give a favorable place to the wom­an. This was not necessarily meant to belittle women or deride their significance but only because the traditions and culture of the fore­fathers back then dictated as such.

Many examples can be men­tioned to show how women were not taken as credible witnesses in any dispute settlement (the testi­mony of one man equals that of two women), women were not allowed to get land in their own village (they were entitled only to land in the village of their husband). Of course, this is not without excep­tion because in special circum­stances women were granted land in their own villages. In addition to this, women were subjected to bru­tal treatments like FGM (Female Genital Mutilation) because it was part of the custom and tradition of the forefathers. The customary laws in this regard gave no support to eradicate such a practice because they could only reflect the custom and tradition of the societies that created them.

Of course, there exist some cus­tomary laws (like the Kunama customary laws) where women are entitled to many privileges and are treated in equal terms with men (or sometimes even greater than men). However, speaking of the majority of the Eritrean customary laws, as much as they had great use, wis­dom and significance, they did not put the woman in a favorable posi­tion in society. 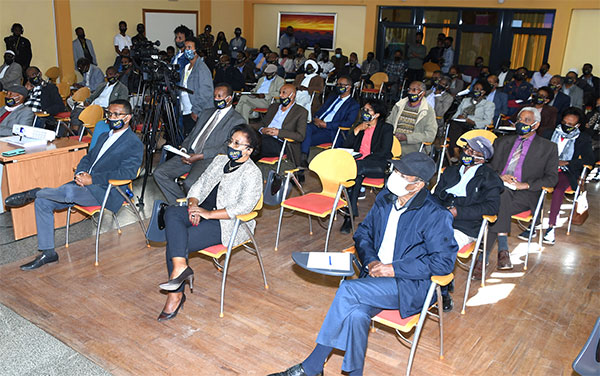 Protecting the rights of women and women’s empowerment are some of the principal objectives that the Eritrean government has been working to achieve, includ­ing during the armed struggle for independence. The Eritrean gov­ernment has made several reforms to ensure the equality and wellbe­ing of Eritrean women. The main pillars for the empowerment of women in a country are: supporting women’s right to education, paving the way for women to participate in economic activities and entrepre­neurship, and ending any kind of violence against women and girls. In ensuring the wellbeing of wom­en, the policies and laws of a country play a great role, and the Eritrean government has reflected its aim on achieving the all-around empow­erment of the Eritrean women. The Macro-Policy of Eritrea states that the government holds as its aim the availability of education for all citi­zens, with no distinction based on gender or ethnicity.

In the area of economic activi­ties, the Eritrean Macro policy up­holds the equal rights of women to participate in economic activities and employment. The Labour Proc­lamation No. 118/2001 dictates that there shall be no discrimination as regards opportunity or treatment in employment and remuneration, on the basis of gender and sex. Com­ing further, the availability of land proves to be a significant factor in increasing the participation of women in economic activities and entrepreneurship. To ensure this, the Land Proclamation states that every Eritrean citizen is entitled to the right over land whether it be Tiessa or farming land regard­less of his/her gender, ethnicity, or faith. Therefore, Eritrean women are granted the right to land, thereby expanding their opportunity to participate in economic activities. When we come to ending violence against women, the main area that the Eritrean government has suc­ceeded in is the prevention and criminalization of FGM. Proclama­tion no. 158/2007 criminalizes the performance, participation in, and even failure to report incidents of FGM. Therefore, it can be said that the Eritrean government has gone a long way in ensuring the overall empowerment of Eritrean women.

Thank you for your time again!