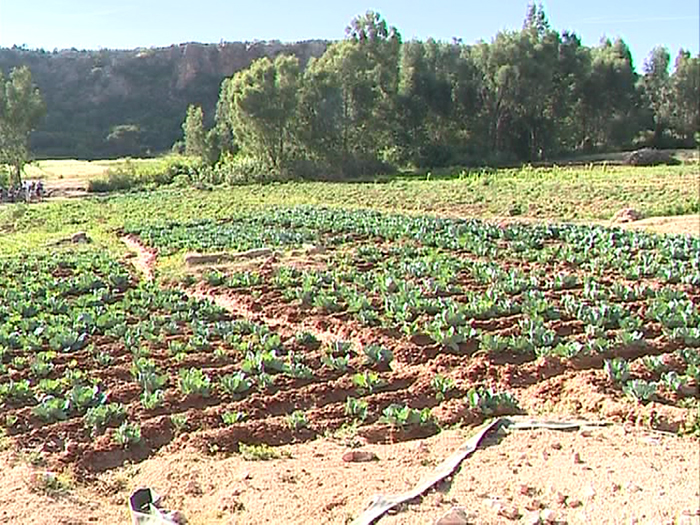 Asmara, 22 December 2021 – Irrigation farming project worth about 14 million Nakfa has been inaugurated in Himbirti, Gala Nefhi subzone in the presence of  Mr. Arefaine Berhe, Minister of Agriculture, and the Governor of the Central region Mr. Fessehaye Haile.

Speaking at the event held on 21 December, Mr. Asrat Haile, representative of the Department of Agriculture and Land in the Central Region, indicated that the irrigation project that is established below the dams of  Mai-Nefhi and Sheka will have a significant contribution to the development of irrigation farming and called on farmers to judicially use it for a better outcome. 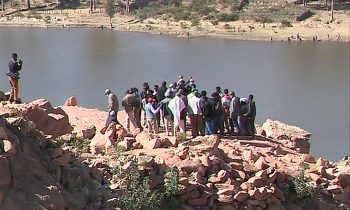 Mr. Mehari Yohannes, Administrator of Gala-Nefhi Sub-Zone, on his part indicated that necessary infrastructure has been put in place around the projects including the construction of terraces and water diversion scheme as well as two wells and a water reservoir is under construction.

Stating that the irrigation project has enabled farmers to become beneficiaries of modern farming activities, Mr. Mehari said that committees have been established to supervise the judicial utilization of the project.

According to Mr. Abel Woldegabir, head of irrigation farming development in the Central Region, over 32 hectares of land is being cultivated through irrigation below the dams of Mai-Nefhi and Sheka and 346 farmers have become beneficiaries.

Annual meeting of Ministry of Labor and Social Welfare