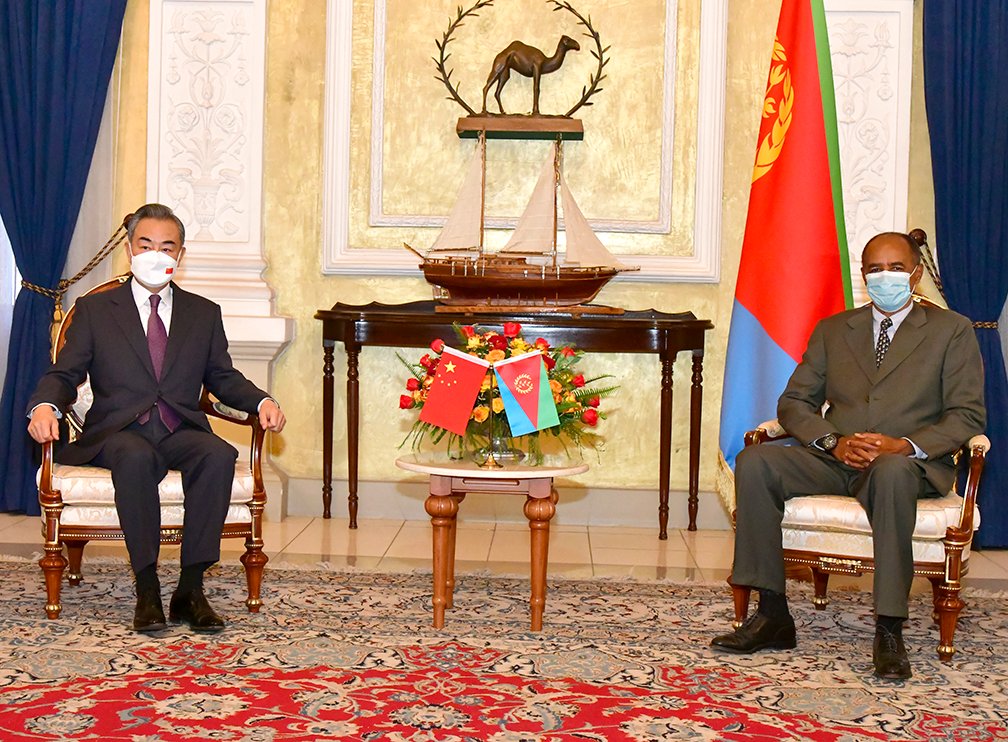 Minister Wang Yi conveyed a message of President Xi Jinping to President Isaias inviting him to visit China for extensive talks on the bilateral Strategic Partnership.

President Isaias for his part applauded China’s monumental progress in the past 100 years under helm of Communist Party of China to the benefit of Chinese people and the world at large. He also paid tribute to China’s significant role in the advent of balanced global order predicated on respect of international law

President Isaias also elaborated on Eritrea’s developmental priorities and its perspectives on regional and international issues of mutual importance. 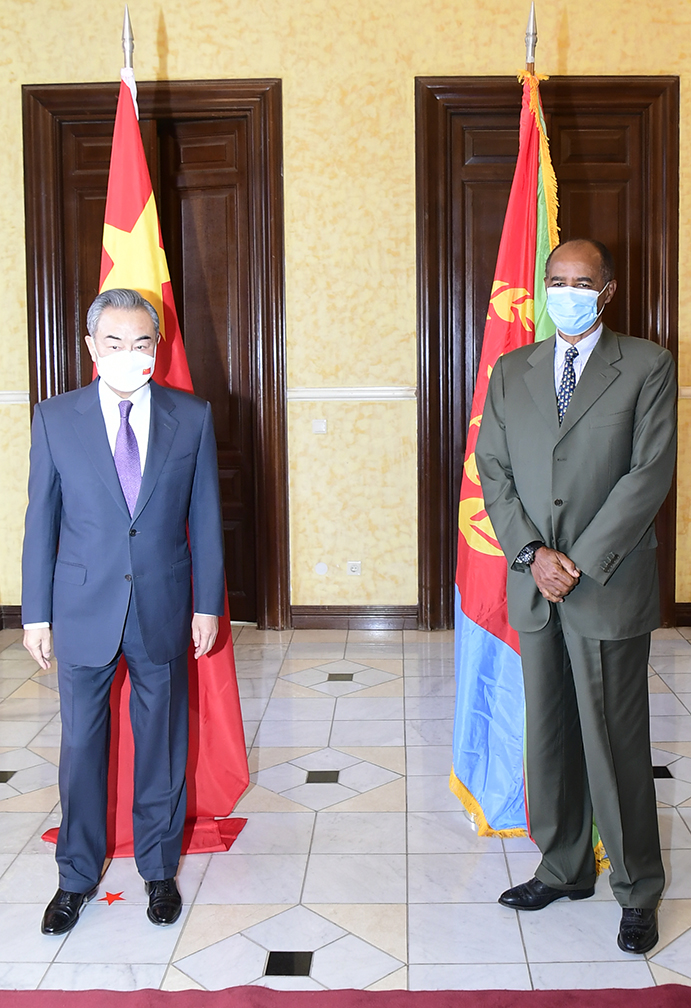 Likewise, both sides also agreed to work on joint development programs including human resources development, infrastructure, and development of Massawa and Assab ports as well as in the mining sector.

Foreign Minister Wang Yi on his part underlined alignment of views and positions of both countries on major issues and expressed gratitude for Eritrea’s positive stance.