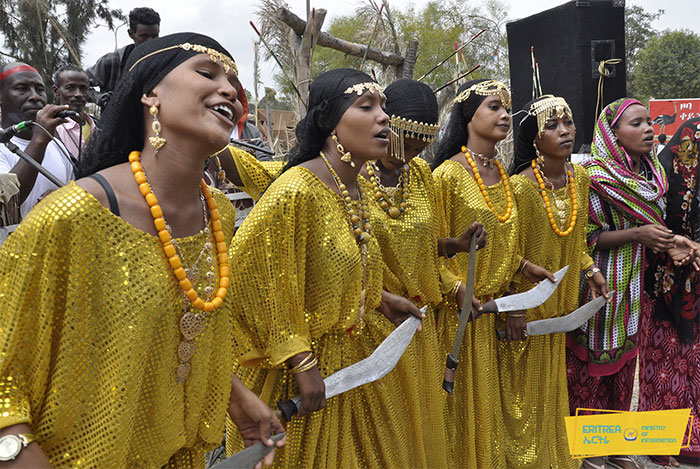 I have a friend from the Afar ethnic group who likes to talk about her heritage and culture. So one day, as she always does, she was telling me and some friends about Afar’s wedding ceremony and their system of dowry. The Afar culture is fascinating but we were all mesmerized especially by the bride price. The bride price consists of several things, including preferably a golden belt. The groom gives gold not only to his bride but also her maid of honor. For this reason, every friend of the bride wants to be her maid of honor. In short, the dowry system in Afar is favorable to women.

Many Eritrean families claim dowry is given with good intentions and induces harmony in the relations of the families of the bride and the groom. However, in many parts of the world the dowry is seen as a problem to the bride’s family mainly because it causes financial problems and is degrading to the bride. In today’s world where women have made major strides in their struggle for equality and women’s empowerment, many rightly wonder why the bride’s parents have to always give dowry. The Afar dowry system is perhaps the right answer to that question and it truly shows the value of women.

Afar wedding ceremony is a very colorful event characterized by the constant offers of gifts. It all starts with the groom’s family heading to the bride’s house to ask for her hand. On that occasion the groom has to give a bag full of clothes and shoes for his bride-to-be. He also has to bring along a bag full of clothes for his future wife’s extended family, both her mother’s and father’s close relatives. The groom is also expected to give to the members of the bride’s extended family a certain amount of money which is fairly distributed among them. The whole process is repeated on the engagement ceremony. 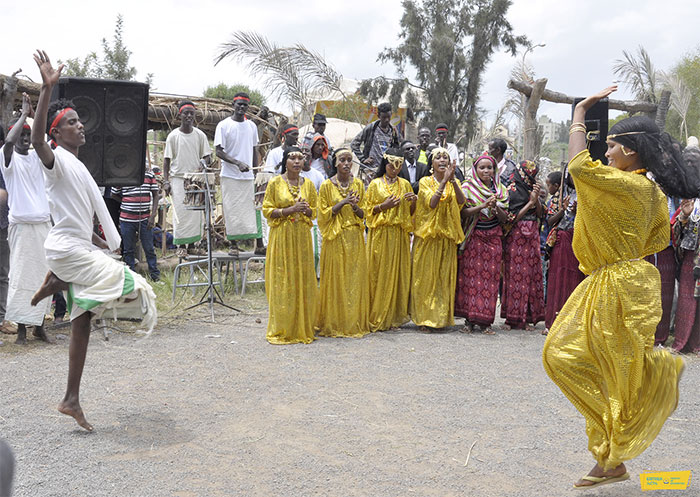 On the engagement ceremony the bride’s and groom’s families set a date for the marriage and then preparations for the wedding and life there after begin. The first thing that happens in the process is Ad Ari. Ad Ari is a tradition of building a house for the bride, which is built in the compound of her family’s to make it easy for her to start her married life in a familiar environment where she is likely to be most comfortable. She usually stays in her family’s compound for two years, or until she has her first child, before she goes to live with her in-laws. The building of Ad Ari, which takes almost four days to complete, is fully financed by the groom’s family. When Ad Ari is built, the groom’s family hosts a dinner party for all those involved in its making.

After Ad Ari a tradition called Ebna Nikson is organized. This tradition is a fight between the married and the single women of the bride’s family. The bride’s friends also participate in this event. In the fight, which is long and hard but friendly, the winners put henna on the bride’s hands and feet. And the married women’s team is made to win. A similar event takes place at the groom’s house too but it is often less violent. Two kids, relatives whose parents are still alive, are chosen to put henna on the groom’s hands. The groom’s best men also put henna on their hands. Finally, the wedding takes place.

The cost of the wedding ceremony is covered by the groom and his family. In Afar culture, a camel, which is very expensive, is one of the most precious gifts you could give to your bride’s family. Besides camel, gold in the form of a set of earrings, necklaces, bracelets, belt, and hair and face ornaments is given to the bride. Just like the engagement gift a bag of clothes and shoes is also given to the bride, her family and her maid of honor. 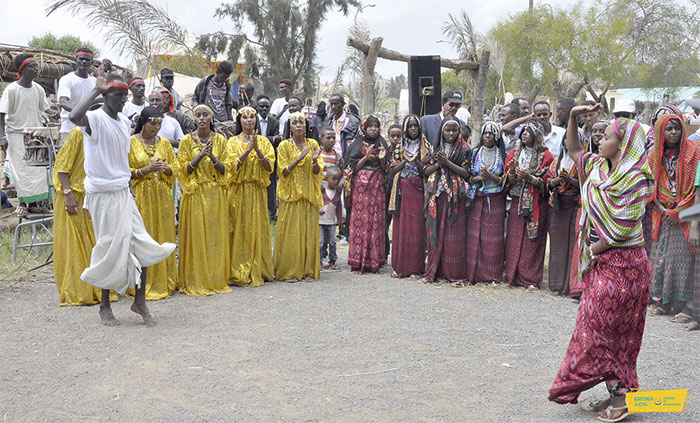 The Afar dowry might seem expensive but the tradition shows how much the Afar respect the woman and her family. In any case, though, I am not claiming a woman’s value is measured by how much money the groom offers.

The peculiarity aside dowry is traditionally practiced in all Eritrean ethnic groups. But it is not legal in the current modern Eritrean Civil Code.

Benefits of Vernacular Languages in Education